Published: 2017/10/03
Everybody has to start somehow when coming to a new city. This is how Valerio did. A story about high printing costs and cheap metro subscriptions.

When I left my german home country and came to France in January 2017, I didn’t have that much of a plan. I had saved around a thousand Euros and thought they would last many weeks, and I knew that I had the right to live and work in France without asking anybody for permission.

Obviously I prepared a few things before coming: I booked the first few weeks on Airbnb and had a friend of mine write a motivational letter and CV in french for me since I would not have been able to say one basic, error-free sentence if my life depended on it.

The idea was to start the day after my arrival with my job search by printing some applications and distributing them in the streets. I knew that, once I had a job, everything else would be cake. 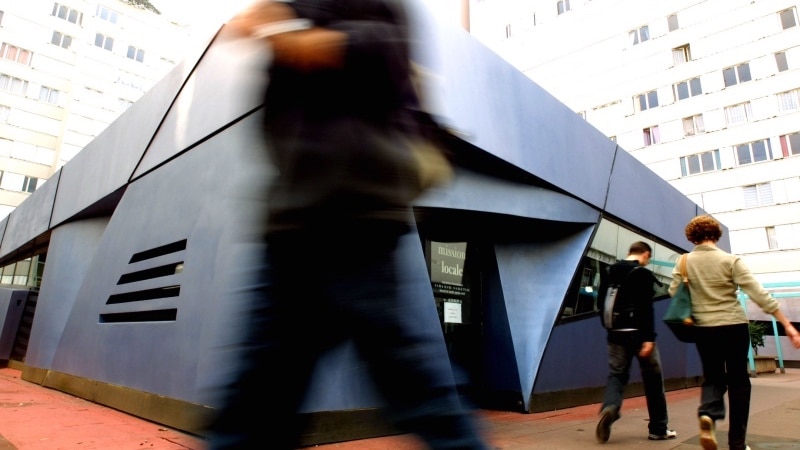 Good tip to find a job: the Mission Locale

Luckily I had found a friend on Facebook who gave me a very helpful advice: The Mission Locale, a public office for the professional and social integration of young people under 25, gives out cheap metro subscriptions for people in need without asking too many questions.

They also provide postal addresses to people without real address (like many Airbnb clients) without which it is impossible to open a Bank account. Last but not least they offer free coaching in how to write a motivational letter (which is important in France) and similar services.

On my first day in Lyon I started looking for work. I printed fifty applications (freakishly expensive!) and handed them out in all kinds of shops, offices and recruitment agencies between Gratte-Ciel and Vieux Lyon.

“My name is Valerio, I am from Germany and I was recently moved to Lyon.”

The next four weeks I would spend distributing a total of around two hundred applications everywhere in the city.

I walked from Villeurbanne to Hôtel de Ville to La Confluence to Stade de Gerland and know now the city like the back of my hand.

In the evenings I applied to an additional one hundred job offers on the website of the employment authorities. When I entered a shop, I said the phrase I had memorized: My name is Valerio, I am from Germany and I was recently moved to France.

Yes, I said I “was moved” because I didn’t know any better. It was only after a few days that one saleswoman in Part-Dieu pointed out the error to me. I am still thankful for that tip.

In the meantime I also had to take care of all the other things that had to be done: I was still only a member of the German public health plan which I thought would guarantee me the same service in the whole European Union as in Germany (it doesn’t).

“In Lyon, don’t bother checking out rooms that are not close to a Tram or a Metro stop”

Also my apartment was not at all a long term solution: It was a shared room in a small apartment I found online where I paid cash for every night I stayed there.

I hunted for apartments whenever I crossed a Starbucks that let me use their Wifi for free. My tip is: Don’t bother checking out rooms that are not close to a Tram stop, better yet Metro stop. There is no room in Lyon worth the trouble of going there by bus.

I hunted for apartments whenever I crossed a Starbucks that let me use their Wifi for free. My tip is: Don’t bother checking out rooms that are not close to a Tram stop, better yet Metro stop. There is no room in Lyon worth the trouble of going there by bus.

The third and especially the fourth week were frustrating. I was severely running out of money and nobody answered on my job requests. I started to apply for jobs I knew I wouldn’t like just because I was afraid to fail. I knew that, if I were unable to find work by the end of February, I would have to go back. But then in the fifth week, things changed.

First job in a clothes shop

In the fifth week I was offered around fifteen job interviews. One of those calls came from a clothes shop in the city who wanted to interview me. It was a group interview and we were asked to compose a nice outfit for an imaginary person of our choice and to explain our decision.

I had chosen rather dark colours. But it was not before they asked me to explain my composition that I realised that I did not know the french word for “dark”.

So I talked about “strong” colours and hoped nobody would notice. But whoever remembers elementary school art class, knows that a “strong blue” and a “dark blue” are not necessarily the same thing. But it worked.

“Speaking German can be seen as a job skill”

Even though some of the others were much more at ease than me, it was me who got the job to sell clothes in French.

This first job allowed me to live off my own money, which was very helpful because my own thousand Euros were gone after like ten days for security deposits, Airbnb, printing costs and cheap tuna sandwiches and I had to borrow from friends and family.

Now I have a nice, full-time job in a call center that deals with truck breakdowns in Europe where I was hired because I speak German and Italian. It was only in France that I learned that speaking German can be seen as a job skill – in Germany it is kind of a given.

Now I finally have the time, the resources and the carefreeness to get to know better Lyon, France and French culture. I have made great friends over the last months and I am happy to be here.

Which way to the hospital in Lyon?

How to find the good hospital in Lyon when you don’t speak French ? Our English contributor Emma reports her first time to emergency centre.