History of Lyon, a happening place

From Lugdunum to Lyon: 2000 Years of History

Lyon is located in the heart of Europe, halfway between Paris and the Cote d’Azur and at the foot of the French Alps. France’s second city has many advantages which are today becoming less and less overlooked.

Two rivers, two hills and more than a thousand years of history. Not many cities can say the same! 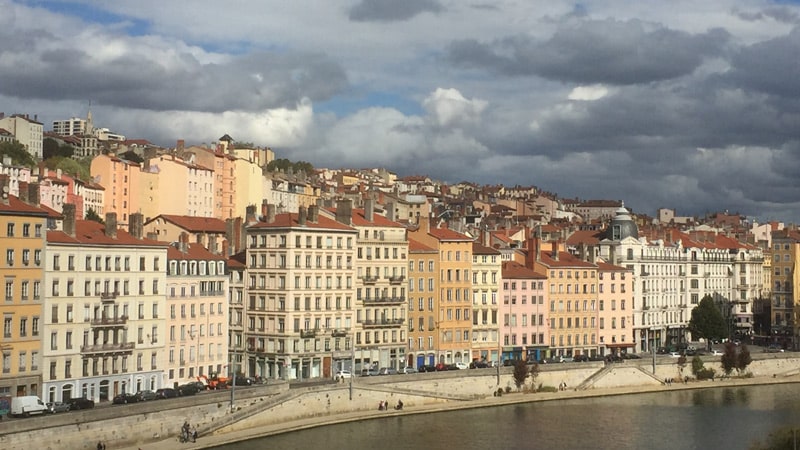 Previously known as industrial, foggy, prudent and bourgeois, Lyon is especially infamous with European motorists for its traffic jams in the tunnel that passes beneath Fourvière.

But Lyon has shed its skin these past 20 years and now become an attractive, cool and alluring city, recently voted “Best place to spend a weekend” in the 2016 World Travel Awards. The award comes as compensation for the years of effort spent promoting the city in the wake of its historic neighborhoods being classified as a Unesco World Heritage Site in 1998.

Strolling around Lyon is like turning the pages of a great history book, as you discover a unique landscape with an atmosphere both Latin and Nordic.
Why we love Lyon! 47 reasons to love Lyon.

Climb to the heights of La Croix Rousse to the north or Fourvière in the west and take in the panoramic view of the city with 2000 years of history. From up high, admire the Italian-inspired roofs of the Renaissance quarter and the vast Place Bellecour, one of the largest public spaces in Europe.

On a clear day you can even make out the Alps and Mont Blanc in the distance. Bridges straddle the Rhône and Saone rivers, bordering the colorful building facades and grand shopping streets of the “Presqu’ile.”

Descend from the heights by way of narrow streets or take a “traboule”, a secret passageway, through the buildings of the “Canuts,” the silk workers of the 19th century.

Stumble upon a Gallo-Romain Amphitheatre, or dare to push open the door of a “bouchon”, one of the traditional restaurants of Lyon. Or make like a local and have coffee on one of the sunny outdoor terraces of the Place des Terreaux. 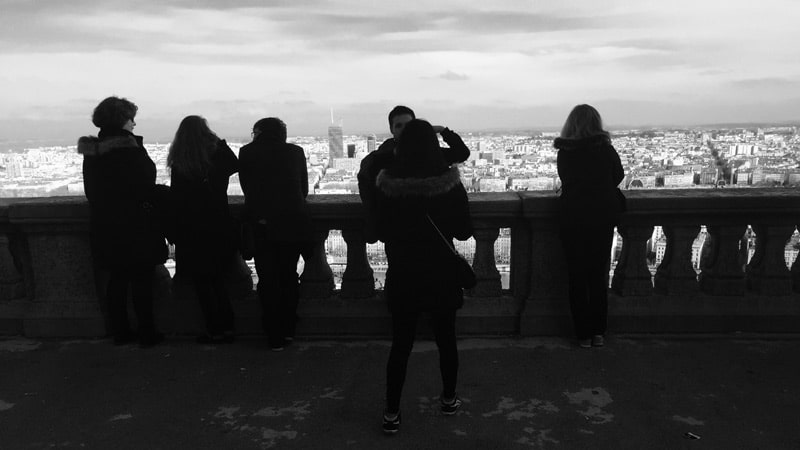 Tourists at the top of Fourvière Hill. Frederic Crouzet/TIL

Move southwards and discover the new “Quartier de la Confluence”, where the two rivers meet and the city explodes in an expression of contemporary architecture.

Behind the guardian figures of the famous hand puppet “Guignol” and the world’s most well-known chef Paul Bocuse, with 3 Michelin stars to his name for the last 50 years, there is now a new generation of “Lyonnais” who are making this city exciting.

This new generation is daring to create new and unbridled cuisine in what is the the “World’s Capital of Gastronomy”. They’re opening waffle bars, bringing in food and chefs from around the world, and putting on events and tastings to showcase the city’s growing diversity.

With the help of these creative thinkers, Lyon has emerged from the shadows as one of the up-and-coming cities in Europe, if not in the entire world.

It’s why we say, “Lyon is on the move! So welcome to our city. We hope you love it as much as we do.”