Home » We are Lyon » Lost in Lyon: Stepping into Spring!

Lost in Lyon: Stepping into Spring!

One small step for springtime… one giant leap for Lyon! Stepping into Spring with ideas for a lazy afternoon.

Lyon in the springtime is like an anthill. Or a beehive! Or something that isn’t related to animals… Maybe a whirlpool? But you get the point – its busy, people are everywhere and the city just comes alive under the shine of the warm summer sun.

When I first arrived in Lyon, in January of this year, it was cold. And I don’t mean the kind of “cold” that we get in our Australian winters (maybe 14 degrees Celsius on a normal winter’s day, 8 degrees on a FREEZING day where you wouldn’t even think about leaving the house) – I mean the -5C, icy weather that comes with the Northern Hemisphere countries. 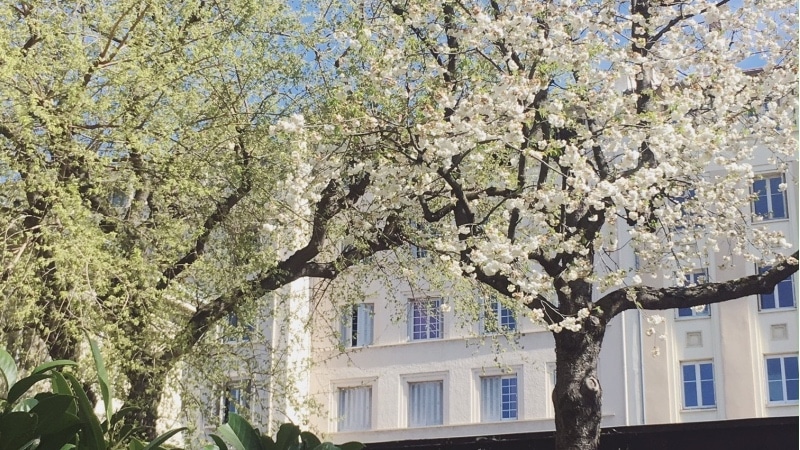 I mean the type of weather that could freeze your fingers if you tried to use your phone, or that type of weather that could create a dusting of snow on and off throughout the day. Wandering the streets in January was not only a very stupid idea, but also a very solitary one! There was no one about… I guess no one is as silly as a foreigner so as to go walking about Vieux Lyon in layers of clothing, wrapped in a giant scarf. At the time, I thought that all those statistics of Lyon being the “third biggest city in France” were just mistakes… where were all the people??

What to do in Lyon in the springtime

Now that we’re in April, though, it seems crazy to think that those days were only a few short weeks ago! The city has blossomed; the ants have left the anthill, the bees have left the beehive… and when walking down the street, you can smell the sense of hope and anticipation that comes with the springtime weather – alongside that of a little hayfever, of course.

So, what to do now? Plenty! I’m well on my way to ticking each of these off my list…

One thought on “Lost in Lyon: Stepping into Spring!”