Home » We are Lyon » Escaping the canicule: electric fat biking in Samoens

Published: 2019/07/07
Just two hours from Lyon, the medieval village of Samoens is more than just a ski resort. Take the strain out of discovering its mountainous history – with an e fat bike tour.

Braving to the hills, electric fat biking in Samoens

When Bertrand Morretton first set his eyes on mountain bikers in Les Gets at the age of 13, he decided then and there; ‘ this is for me…’

His mother had taken him on a trip from Lyon to the resort in the heart if the Haute-Savoie Alps – and a few years later he headed – this time to Samoëns – to become a mountain bike guide.

I’m peddling with relative ease behind him through the medieval village and its hamlets, that are just 2 hours from Lyon – escaping the heat of the city – I’m barely breaking a sweat. 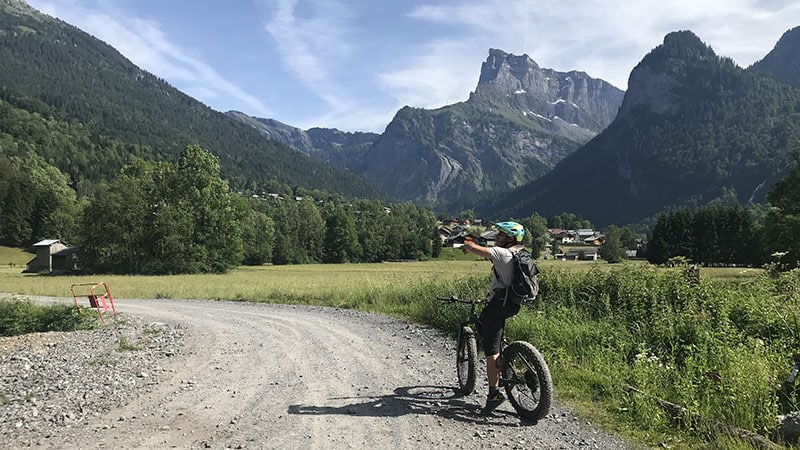 Tackling the path to Sixt village.

But that’s not a nod to any supreme fitness and acclimatization to the altitude of resort that sits at around 750 meter above sea level. It’s because I’m on an e bike – and not any old e bike – but a FAT e bike.

With its wide tyres normally used for ploughing through winter snow, fat bikes are like 4 x 4’s – great for balance, comfort and cruising over those nasty tree routes and rocky paths, with a choice of boost systems to help you up those alpine hills.

We meet Betrand at the Mountain Spirit base in the village, where he selects us our bikes and runs through how to use them; reminding us to brake progressively, unless you want to end up skidding into a puddle -as my friend James was yet to find out.

He explains the 4 power modes, eco which does 75 per cent of the work for you, Tour- which does 150 per cent , ENTB at 250 per cent and Turbo – which feels as if you are on pretty much on a motocross bike – bursting up those hills and flying over the sharks waiting for you. And of course you still have your normal gears to play with. 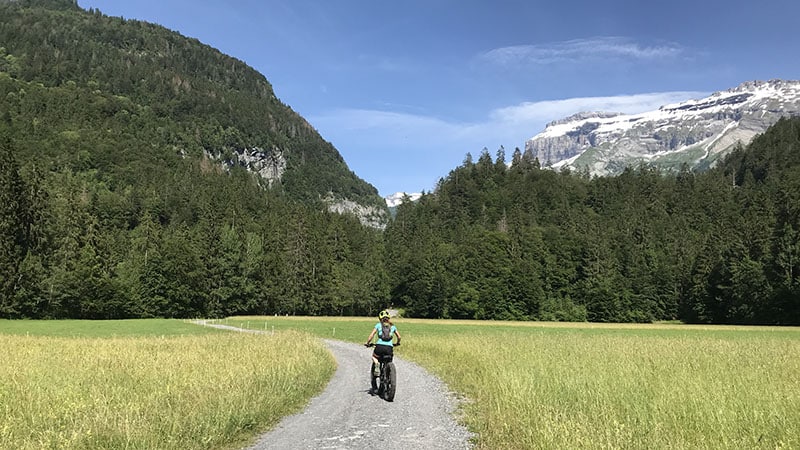 We follow a route past the Gorges des Tines to the village of Sixt, passing various cascades and tiny chapels- of which there are nine in and around Samoëns.

Bertrand points out places of interest, such as the via ferrata above the gorge and tells us about the history of the villages we pass as we go.

The growth of tourism

We reach Sixt-fer-à-Cheval, a village that was first populated in the 1200’s. Bertrand says gradually people left as they found it increasingly hard to survive the long cold winters. Then tourism arrived in the 1800’s with people coming from Geneva to explore the mountains.

Sixt grew so popular, that a tramline was built from Annemasse, bringing the start of the good times for people in the village. So whilst tiny compared to its neighbour Chamonix, Sixt became home to the second largest bureau of high mountain guides. 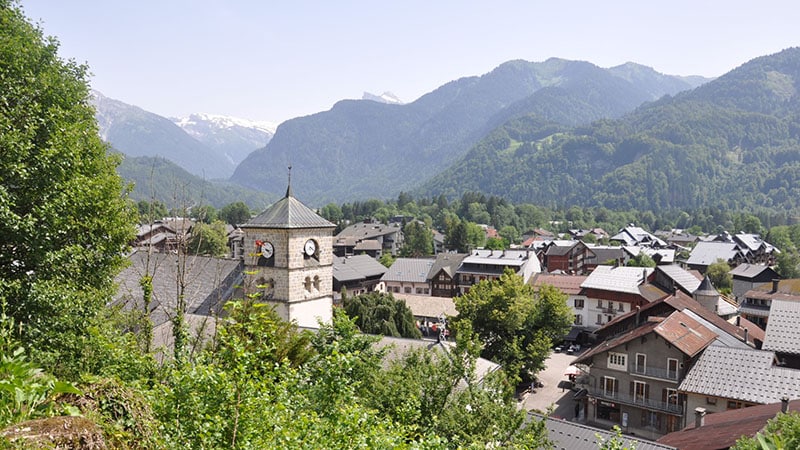 Samoens from the Botanical Gardens.

The train, however, has long since gone now replaced by roads, something which Bertrand regrets, with people now bemoaning all the cars passing through the area.

However, he takes us to the old train tunnel and explains that it’s now used as a cool place to store local cheeses like Reblochon and Tomme – its temperature and humidity ideal for them to mature in.

He also points out the farm by the Gorge des Tines, which he recommends as a great place to buy local cheese.

As we head back to Samoens, named after the seven mountains surrounding it, Bertrand shows us some of the carvings in the Giffre limestone, of which the region is famous for.

We pass by a house of one of the two remaining stonecutters and admire their work. The stone cutters of Samoens– or frahans (the local name for stonecutters and masons) are the town’s most ‘famous’ secret- and their expertise was so well known that they set up a very famous brotherhood which was called upon for leading construction projects – which included, according to Bertrand, parts of Buckingham Palace.

In 1659, farmers became frahans to supplement their income. Now, the town’s two remaining practitioners work as ski instructors to supplement it instead. 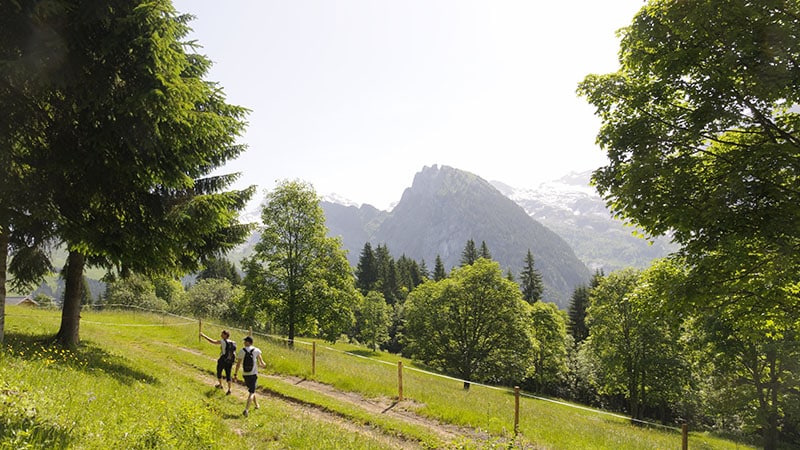 On a ‘sensory walk from Combe Emeru to La Rosiere.

By the time we reach Samoens, we have covered about 15km in an hour – not including photo and drink stops and whilst it feels a little bit like cheating, the thrill of speed going uphill and controlling back wheel skids on any steep downs provides enough adrenaline for thrill seekers.

Bertrand says e fat biking opens up the mountain for different people. You can go higher and longer with tours of several days. He recently headed off for a week, sometimes carrying his bike up mountains in the style of VTT alpinism, with just a spare battery allowing him to cover 90km a day.

As I head back to sunbath after an afternoon in the saddle, I’m already won on the sport and considering heading back for the Mégawatt festival – Samoen’s first festival of electric mountain bikes.

The Mégawatt festival runs from 31 August to 1 September and has tours and bikes to try for both beginners and experienced e bikers. 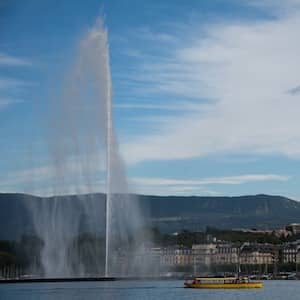 Visit Geneva for a Weekend as a Local

Between the Alps and the lake, it’s the perfect Swiss getaway. Follow our guide!