Home » We are Lyon » Americans in Lyon:  why you should vote for Bernie Sanders in this year’s presidential primary

It’s not just Americans who will be affected by this year’s U.S. presidential election. The entire world is watching, and the future of the planet is at stake. Here’s why you should vote for Bernie Sanders if you’re an American in France – and how you can do it from here in Lyon.
By now, you have most certainly heard the name Bernie Sanders. Ever since he captured national and international interest with his insurgent 2016 campaign for the U.S. presidency, he has inspired a movement that advocates for the dignity of every American.

Powered by a grassroots, diverse, working class coalition, this movement helped spawn the careers of current Democratic Party superstars like Alexandria Ocasio-Cortez, and energized countless Americans previously disillusioned by what they perceived as “politics as usual.” 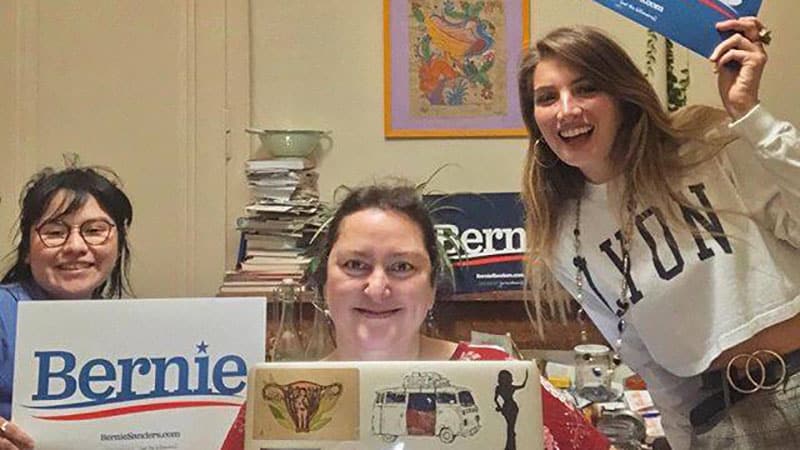 Democrats for Bernie Sanders in Lyon

I know this because I am one of those Americans. As a young woman living in France, I have no doubt that Bernie Sanders is the candidate that best aligns with my values. While viewed by some as an idealist with pie-in-the-sky ideas, to me, Bernie is the only realistic candidate in this race.

Bernie Sanders’ decades of activism show his authentic commitment to Americans’ rights not only as workers, but as human beings.

He is the only politician unafraid to shine a light and take on the powerful interests whose corporate control over both political parties has hindered any meaningful gun, banking, immigration and criminal justice reform, among others.

While he is chastised by some politicians and the media for the scope of his sweeping policy proposals like Medicare For All and the Green New Deal, his supporters understand that it is far too late to take any half measures on climate policy, and that each illness or death of an uninsured or underinsured American is completely unacceptable, especially in the richest country on the planet.

Perhaps most importantly for many voters, poll after poll shows Bernie Sanders beating Donald Trump, and by the highest margins. He has the highest favorability rating of any candidate running in the primary, especially among independent voters who are necessary to win this election.

Maybe it’s because he is uncorrupted, only accepting funding for his campaign from small-dollar donors, or maybe it’s because of his unwavering commitment to the policies that will make life better for the almost 60% of Americans who still live paycheck-to-paycheck. 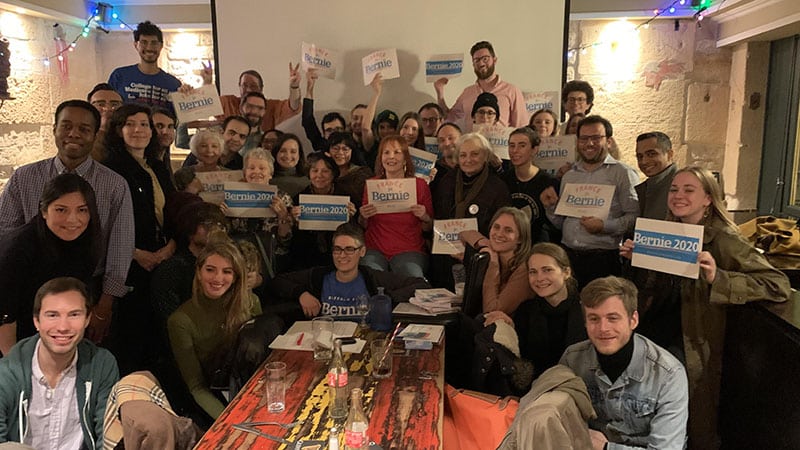 We are at a pivotal moment in time where the future of our planet is at stake. It’s time to look at our values as Americans.

Instead of adding to our already bloated defense and military budget, why not make all of the corporations who paid $0 in taxes last year pay their fair share so we can catch up with the rest of the developed world and ensure everyone quality healthcare, affordable childcare and education, and relief from student and medical debt? We have the tools to rearrange our priorities; we just need the political will.

As Americans living in France, we know these ideas aren’t radical. It’s not about “free stuff;” it’s about recognizing the humanity and dignity in everyone.

You can vote from Lyon!

Have I convinced you yet? You too can vote for Bernie – or another candidate in the primary – if you’re an American living in Lyon. It’s easy!<

If you are:
– A U.S. citizen residing overseas
– 18 years of age or older by November 3, 2020,
– And you have not voted in any other state’s 2020 presidential primary,
then you can join Democrats Abroad to vote in the Global Presidential Primary (GPP) – This includes students!

Democrats Abroad is the official Democratic Party arm for the millions of Americans living outside the United States. To join, all you have to do is go to www.democratsabroad.org/join. Once you join, you can download your ballot from the Democrats Abroad website as of February 18th and e-mail or mail it in.

IMPORTANT: Please note that you CANNOT vote in both the Global Presidential Primary and your home state’s presidential primary. 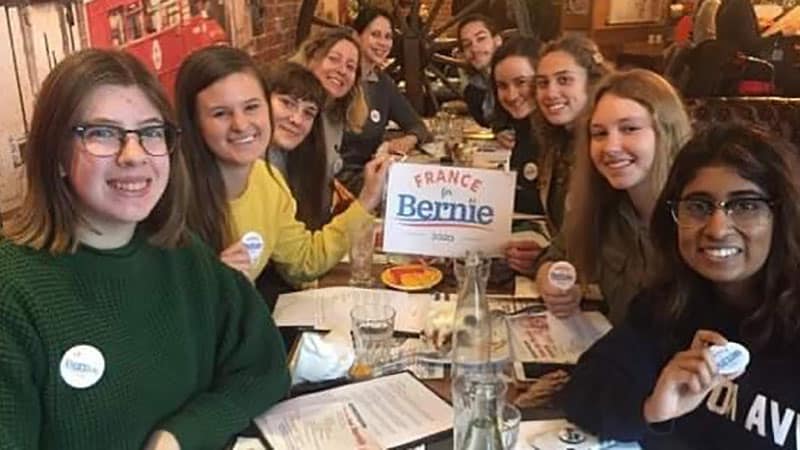 Also, the GPP runs from March 3rd-10th, taking place during the same week as Super Tuesday in the U.S. Building momentum for Bernie early in the race can make all the difference!

Just because you are living overseas temporarily or permanently doesn’t mean that your voice and your vote don’t count. In 2016, Bernie won the GPP with 69% of the vote. To stop Trump – and to forcefully take on the systems that helped create him – we need to make it happen again.

Our American contributor Lindsey shares her experience marching for science on Earth day in Lyon. Her first protest in France.

One thought on “Americans in Lyon:  why you should vote for Bernie Sanders in this year’s presidential primary”