Published: 2019/05/18
With their win Saturday in Budapest against the FC Barcelona women’s team, the Olympique Lyonnais Féminin rounds off their club season with a sixth European title. The best team in the world?

Lyon have blown Barcelona away in the first half with a first goal by Budapest-born Dzsenifer Marozsan and 3 goals by Norwegian striker Ada Hegerberg in the space of 17 minutes! Asisat Oshoala scored for Barcelona at the end of the game dominated by Lyon.

For the 4th time in a row, and the 6th in total, the Fenottes have surpassed everyone and kept their European title.

Not only have they proven that they are and stay the best European team, making Jean-Michel Aulas a true visionary since 2004, they also managed to win the three championship they could win this season.

With the Coupe de France and Championnat de France, the Champions league is their third one.

It’s the 4th time they won the three titles in one season. 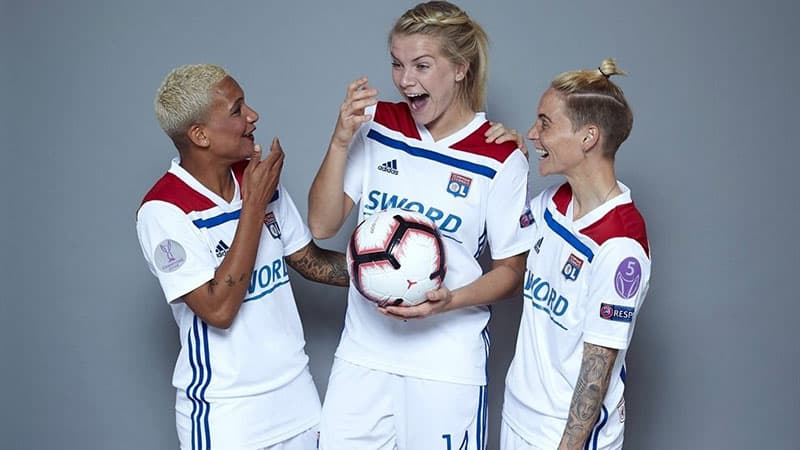 This will only encourage the OL to continue in its investment in women’s football. With new records of affluence, one can now not just dream about it taking more and more space and be as debated in the public sphere.

Once again, this season was one for the books for the girls of the Olympique Lyonnais. By winning their 13th French title, they proved that what Reynald Pedros, the coach, is doing works well. The skills they showed and their agility was always on point, and gave some great strikes.

The World Cup is right around the corner

This final rings the end of a competition that rhythms the school year and usually rhymes with their summer break. However, this summer will be an exciting one. More than the half of the team is playing the World Cup under various flags.

Throughout June and the beginning of July, hopefully, we will be able to extend this season a bit more. The French will join the rest of their selection with Corinne Diacre to prepare for their friendly games ahead of the competition.

This preparation is eased by the fact that a lot of the players come from the OL. This way they don’t have to adapt to new players, new reactions, new tactics too much.

This can also be seen as a great encouragement sign. We’ve seen it in some national teams that are composed from players from the same clubs, the national team is better and gets further.

They’ve lost two games in nine seasons. Their goal difference in the last decade is +957. Their success outstrips Barcelona, Real Madrid, the Patriots, and the Golden State Warriors. This is the world’s most dominant sports team: Olympique Lyonnais Féminin https://t.co/OhpfgwO9mF

For example, the men’s Spanish national team is mainly constituted from players from Real Madrid and FC Barcelona. The national team, except last year, was always considered one of the best.

This competition’s result is a good omen for the World Cup this Summer, and we’re hoping to see them all for a while!