“An Irish Pub is a Family“

Liam Kirwin is one of the most important figures in Lyon nightlife – he runs the James Joyce Irish Pub in Vieux Lyon. Our author Valerio met him to talk about the soul of Irish Pubs and French drinking habits.

Liam, thank you very much for meeting with me. Lyon has dozens of Irish Pubs and Irish influenced bars. What makes your pub special?

A pub is not just a bar, a pub is a family. If you go to a pub in Southern Ireland, you will not even find those decorations on the walls, you will maybe just have pictures of local hurling teams.

But the staff and the customers know each other, they help each other out, they form a community.

This is what Irish Pubs are about, not about the design. It’s not for me to decide whether my bar is an Irish Pub or not: My customers tell me that it is because they feel at home here. 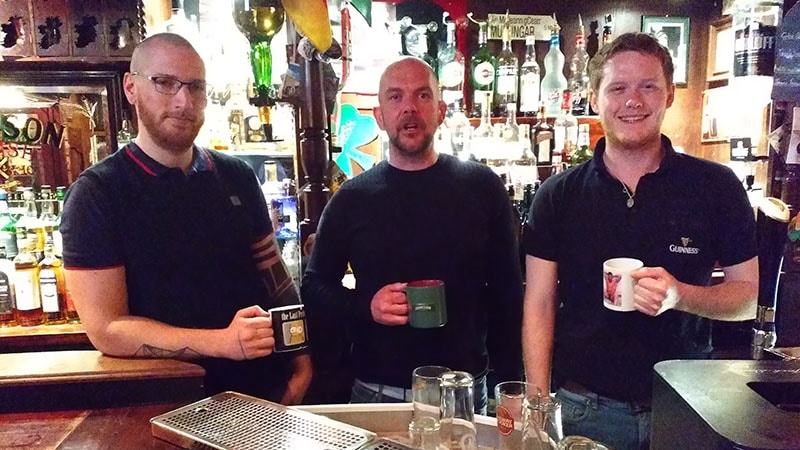 William “Liam“ Kirwin (center) holds a degree in hospitality interior design and worked for Guinness before coming to Lyon: He designed and managed Irish Pubs all over Europe. The last of his projects became permanent: He runs the self-announced “World Famous and Quietly Discreet“ James Joyce Pub in Lyon’s Old City.

What does “World Famous & Quietly Discreet“, your pub’s slogan, mean?   It’s more a joke than anything else. But if there is one thing that makes us famous, then it is our Guinness.

What makes your Guinness so special?   We love it here. You see, Guinness is an expensive product in France. To make money on it you have to charge a lot, but people won’t pay very much for a pint of beer. This leads most other bars to concentrate on other beers since they make their money with the other beers.

We don’t make any money with Guinness, and that’s the truth. We make just enough to cover the expenses.

You know, my father took me for my first pint of Guinness when I was sixteen years old. And I hated it! It was disgusting. But I grew to love it when I worked for Guinness, and today I want my customers to enjoy it, too.

That’s why, when I train new staff, the first thing they learn is the art of pouring a pint of Guinness. 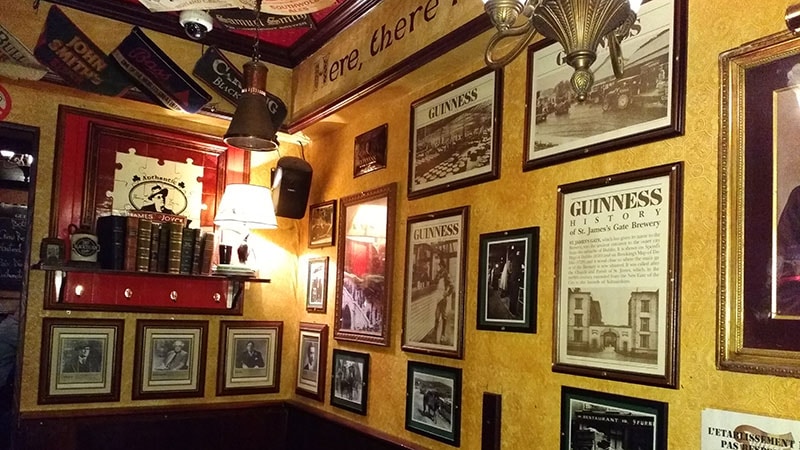 You are both a foreigner and an integral part of Lyon nightlife. What is your opinion on French nightlife and French drinking habits?

You see, people from Germany, Scandinavia, Anglo-saxon countries – and I have worked in Irish Pubs in all those places – go out to have a drink and socialize.

People from Mediterranean countries go out to socialize and have a drink. The priorities, the purpose of the evening, are reversed.

Germans, Irish, Finnish people and so on, they will go to a bar, even alone, and grab a beer. French people would have to know they’re meeting to socialize.They come to meet people and drinking is a secondary part of the evening. It happens everyday that I have customers who don’t want to order yet because they’re waiting for their friends.

This would never happen to, say, a German: Germans would wait for their friends with a drink in their hand.

At home on the other side it’s a totally different kettle of fish: French people often drink wine with their meals and it makes no difference at all if they are in company or not. 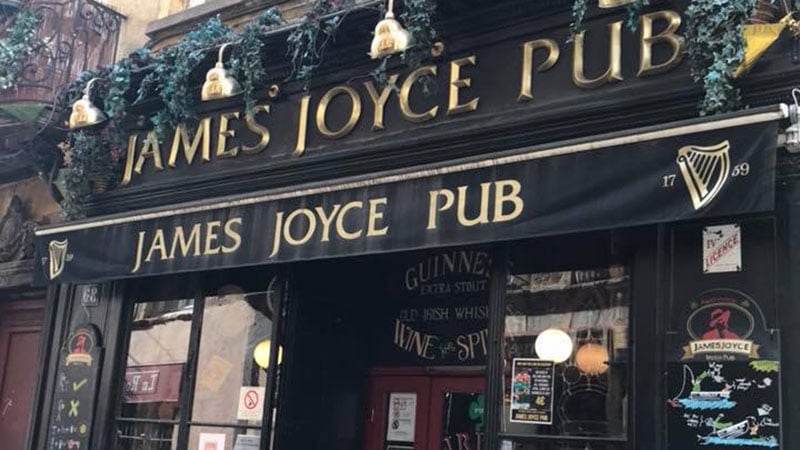 Well, I am no member of those two Facebook groups, so I am not perfectly sure. But what I do know is that we, the community in this pub, help each other out all the time – we basically replace a Facebook group, if you will.

People do here what others do on the internet: We have had people selling their fridges here. I always have suitcases in the back room from people who ask me to take them during their holidays.

“People come here looking for places to rent. Once we had a customer who travelled the world just by meeting people in Irish Pubs. This is part of what I mentioned earlier: An Irish Pub is almost like a family”.

Just a few months ago we celebrated Saint Patrick’s Day. Though it is a very popular holiday in France, this year was not as exuberant as last year and the year before. How comes?

That’s true. We made the same business as the year before, but I agree that it was much less of a festival. You know, for non-Irish people Saint Patrick’s Day consists of two things: Green and Guinness.

But these elements have started to change. Guinness is declining in sales, and local and artisanal beers are becoming more and more popular. 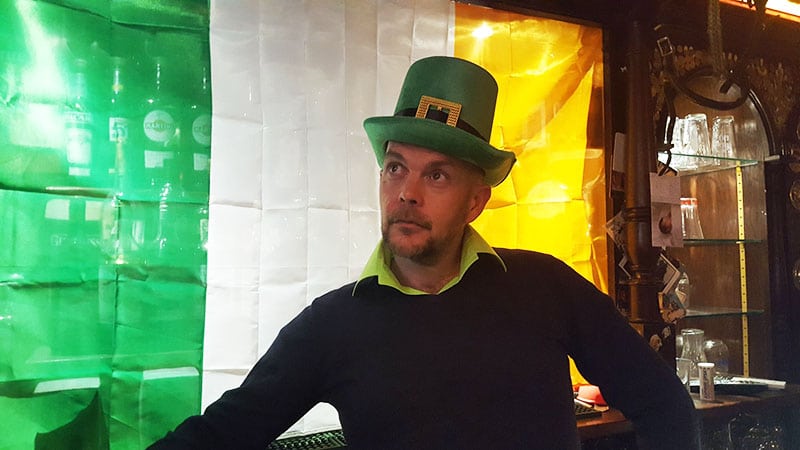 It is really a religious holiday! We will have to see how the next years go, but it might end up that people go out on march 17th to calmly taste a variety of artisanal beers instead of to party.

Also, the massive and increasing police presence and barriers and security measures have not exactly helped to relax the atmosphere.

Liam, one of the last weeks’ big highlights on your pub’s facebook page was the James Joyce Gin. It seemed to be a big topic a few weeks ago – what happened to it?

Oh, we sold it! (laughs) There is actually a funny story behind this Gin. My mother was flying from Ireland to England to see some family.

In the inflight magazine she found an article about this Gin, made by a very small distillery in Dublin. She sent me the link, I tried to get it in France – impossible. 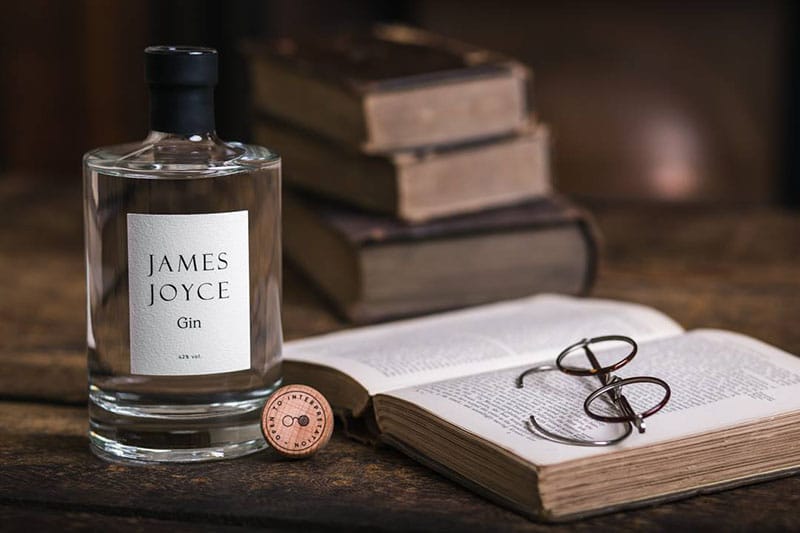 I asked my friend Richie, the owner of the Johnny Walsh’s Irish Pub, for help, and he was so lucky to find two bottles of this Gin when he was home on holiday.

We sold one bottle in the bar, and my mother asked for the second bottle. So I had to sent it back to Ireland! (laughs again) But we will try to get some more as soon as possible.

Was the Gin worth the trouble, have you tried it?

Well, personally, I don’t drink alcohol, I only sell it! But people who know Gin told me that they liked it a lot – very fruity, they said.

And many drank it without tonic, which I take as a good sign. It was just a little costly, especially with the air travel back and forth! (laughs)

Liam, thank you very much for this interview. 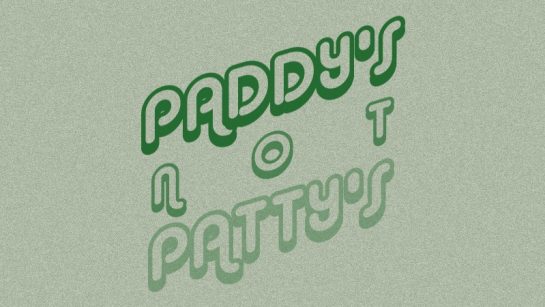 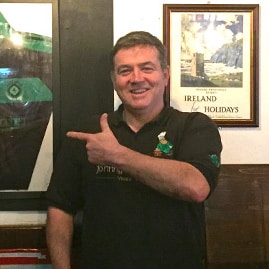