Home » We are Lyon » Exhibition – Fabrice Jac, Gone with the Wounds

Fabrice Jac is back in his hometown of Lyon. Detailed, graphic, torn, sutured… Expectations are running high for the artist’s first solo exhibition in three years (12-27 May 2017, City Hall 4th district).

Three new pieces are waiting, standing on a workbench covered in the cut-up shards of old X-rays. They are waiting under the watchful eye their predecessors.

They are all about tension, body and soul. There’s a feeling of mystery, of a world obsessed by transparency, but filled with reflections. They speak of screams encased in a geometrical setting.

The new pieces are huddled in the corner of the workshop in a hidden cottage, in an enclosed neighbourhood in the Northern district. Just behind is the motorbike, unused for the last two years since the accident. Hidden, but neither bitter, nor secret, Fabrice is a quiet man.

Fabrice Jac is a joyful man

A good guy. In stark contrast with the tension in his work, the rigour and the darkness. The tears roughly sutured with staples, the tortuous threads arranged with insomniac meticulousness of entomologist. “I do like sewing…” a half-smile, hooded eyes as he gazes at his shoes. But the tears go very deep, far beyond the smile, calcified in the bones.

A spell at Art School was short-lived. Pencils, paints and pots of glue were set aside for twenty years, while he attuned himself rather to the music of others. But life followed, new disasters, a collapse.

Too much heartburning jumble. And so to shut himself away and create. Not to share, he knew he had no talent, what would be the use. Just a rescue operation. There is no masterpiece, no works of art, no intention. Just a way to keep yourself from killing someone.

And maybe to have a laugh as well. Fabrice Jac is a joyful man. Tense as well.  Always. Human beings are fascinating, he thinks. Who would imagine that they could cause so much pain? Dada suprematism, almost Belgian. 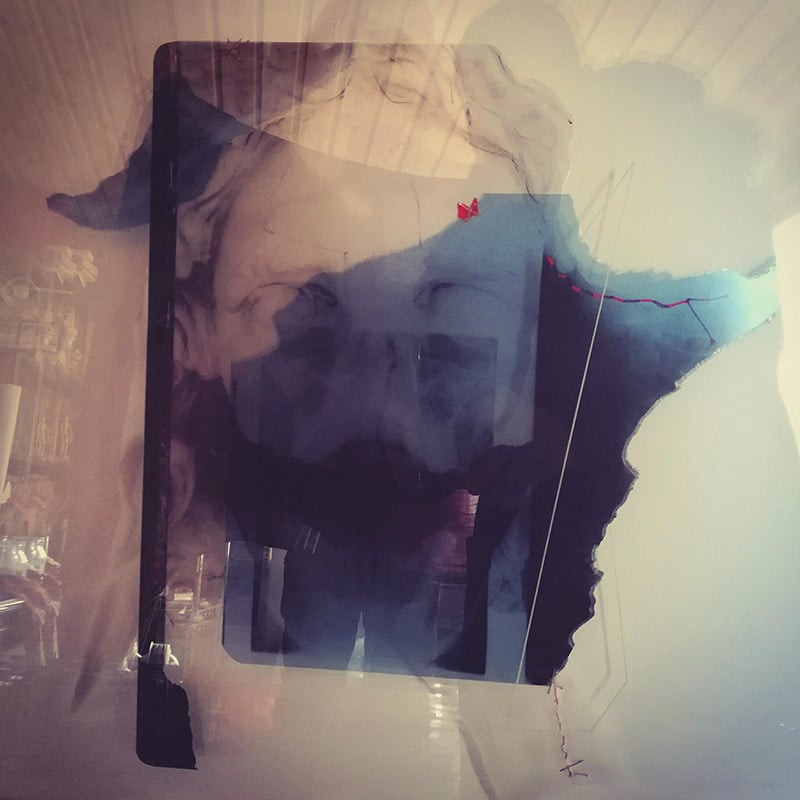 The interweaving is from our times, technical, translucent and anxious. Clash of a tired neon light, shaken by an industrial pulse. An electro-static dust. This sounds like the Prodigy, like DJ Shadow, like The Beastie Boys, who knows.

This is as familiar as an old poster from the Russian Revolution. Constructivism. Red, white, black. An extension of his uncle Mad, the painter. Red, blue, yellow, primary colours are enough. The work is not talkative, it is not knowing.

The Day of the Dead emptied of Mexico. Tracing paper, rhodoids, X-rays. Glass, lumbar and inter-costal pain. Tortured transparencies, the womb is a second brain, nothing is transparent, nothing is known. All is cut up, time is out of joint.

Our age is to stitch, a time to sew, to staple together. It’s restless. The womb of time is pregnant with events that still have to be borne. Every man is a world.

This era is obsessed with self-contemplation, with self-dissection, it must make peace with its own mysteries, with its cardboard scars. The X-rays of femurs are donated by friends and fans. Why, Marianne’s jaw might be from someone’s dead mother. Hawk moth wings, squares, circles. « I’m not really into triangles… » he admits.

Would you like a cigarette ? A coffee ? You like this work? Please just take it with you»

This is Fabrice Jac.

His name starts to travel over the French Border

A man restored by his work: he is the masterpiece. He is the result of the tears pinned on paper, on cardboard, on wood, on glass, that existed before him. Five years in his workshop, without showing a single piece.

Five years to recover, to learn how to believe his hands and eyes more than his heart and brain. The time has come to show yourself. A first exhibition – not so easy to deal with, when you have no talent. Then a second one follows, then ten, twenty. It’s great of course, but sits uncomfortably, like gravel in his new shoes. How could you talk about all this, when it’s so fundamental?

Remaining anonymous, like Daftpunk, might be a solution. Four years were not enough to write a half-page introducing himself. « Perhaps I should add a picture of my work, don’t you think ? » How to remain invisible when your name starts to travel over the French border? What to do with all of his quiet?

Perhaps just come back home, to Lyon, before being caught up again in the quick success of a late-blooming artist. Hang up the flattened pieces, place the voluminous ones, in an exhilarating dialogue with old accomplices like chef Thierry Lhopital, who offers a culinary mirror of both the dark and the happy creations, and feel reassured that life bursts forth from all cracks. And say together: to hell with sorrow. 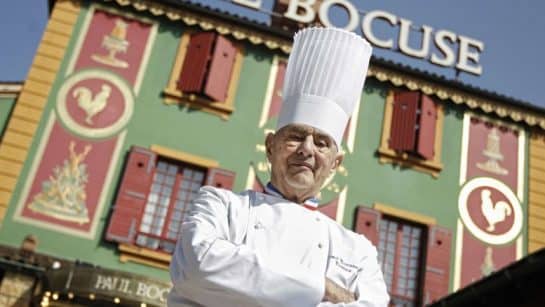