“Lyon is the most beautiful city in France”

My name is Ian Wilkinson, 58 years old from Wigan in northern England. I’m a former teacher of Physical Education and rugby player. Many years ago I came to France with Lancashire RUFC and fell in love with the country, vowing to return permanently one day. I finally summoned the courage to leave my job in 1999 and obtained a good TEFL qualification, my passport to the world ! 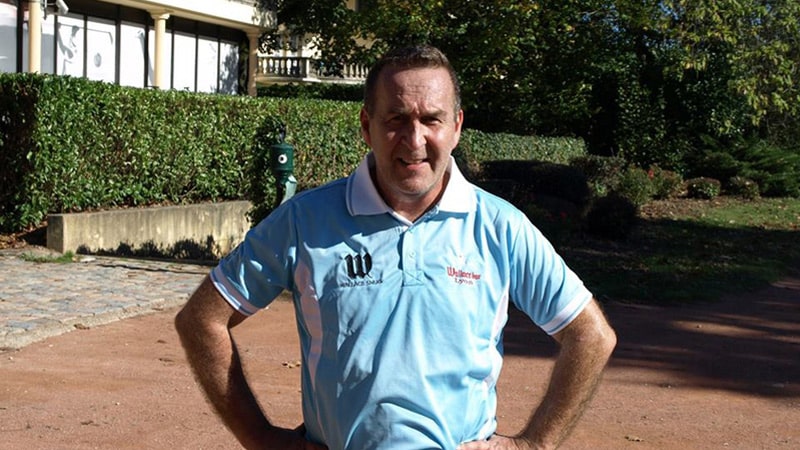 Hi Ian, why did you choose to move to Lyon ?

Although I wanted to keep my house in England, I eventually sold it and moved to Lyon in 2003. To ensure that I would stay here I booked a three-month French language course at Alliance Francaise. It is more difficult for older people to settle and make friends but everyone there was in the same situation – apart from being not even close to my age, so settling in was no problem.

There was no particular reason for choosing Lyon. I knew the western side of France very well and adored the Auvergne but decided that the picturesque towns and villages there might not offer me the opportunity of supporting myself. From my well-thumbed Michelin map Lyon seemed to be perfect ; less expensive than the south coast, near to both the Alps and the Auvergne and large enough to find employment.

The internet in my house hadn’t been introduced so I knew virtually nothing about the city before my arrival.

Having already lived in Paris for a short time I decided that finding friends was my priority. I parked myself in the Albion Bar in Rue St. Catherine and stayed until they offered me a job. I divided my time between working there and teaching English. The manager had an idea to start a quiz night and asked me if I knew anyone who would like to host one. We didn’t know it at the time but it was a life-changing moment and for the last ten years that has been my ‘profession’. I work in the Wallace Bar on Sundays and Flanigan’s Bar every Monday. It’s everyone’s ambition to have a five-day weekend !

Working in bars leads to finding many friends and I have been lucky to have so many good friends here of many nationalities. That in turn leads to invitations to special occasions and the highlights here have been attending French weddings, grape picking and family parties in the French countryside.

“It is a city for the future with new fast links to Italy, Spain and the UK. In the perfect position for exploring any part of France”.

Obviously I have a lot of time for leisure activities but thirty years of playing rugby have taken their toll. One by one my sports and running have had to be abandoned and now I am limited to walking my friend’s border collie and the occasional game of golf when my knees allow. I was able to fulfil one ambition which was to complete my first book, ‘A Song Before Breakfast’ but inspiration for a second has not been forthcoming as yet.

Since I have been in Lyon there has been an explosion of ex-pat pubs, especially in the Vieux Lyon district and it is good to know that if I go in any, I am guaranteed to know someone. I spend most of my time at the Wallace Bar. For me it is exactly like an English local, despite being a Scottish bar.

When friends and family visit Lyon the Wallace is always the base. I’ve lost count of the times I’ve taken people up to Fourvière ! I attended the guided tours of Vieux Lyon and Croix Rousse so I am able to offer more information about Lyon than most. For anyone with a car I would recommend a day out in Beaujolais. The countryside is incredible with hidden hamlets and isolated restaurants to stumble across. For those without, I would suggest taking the number 40 bus and exploring the villages to the north of Lyon and maybe trek up to the giant ‘golf ball’ in ‘les Monts d’or’.

After fourteen years in Lyon I have no intention of moving back to England. The only feature of life in Lyon I do not like is that it is very transient in terms of meeting people who work here who then move on in life to other parts of France or the world.

I do however appreciate the vertical rain we enjoy. After years of trudging round muddy fields into howling, rain-soaked gales without even a promise of a summer it is wonderful to have that guarantee here.

For those undecided about coming here, imagining that Paris or Marseille might be better I can genuinely assure them that Lyon is the most beautiful city in France. It is a city for the future with new fast links to Italy, Spain and the UK  In the perfect position for exploring any part of France, two hours from winter sun on the south coast and the same for the best ski slopes in Europe, I have yet to find anyone not delighted with Lyon !

One thought on “Expat of the Week #2: Ian, from England”