Home » We are Lyon » Expat of the Week #5: Marie Connolly from Australia

“I must have been French in a previous life”

My name is Marie Connolly. I’m from Australia and I’m a stand up comic, and performer. I’ve been living in France for four years. 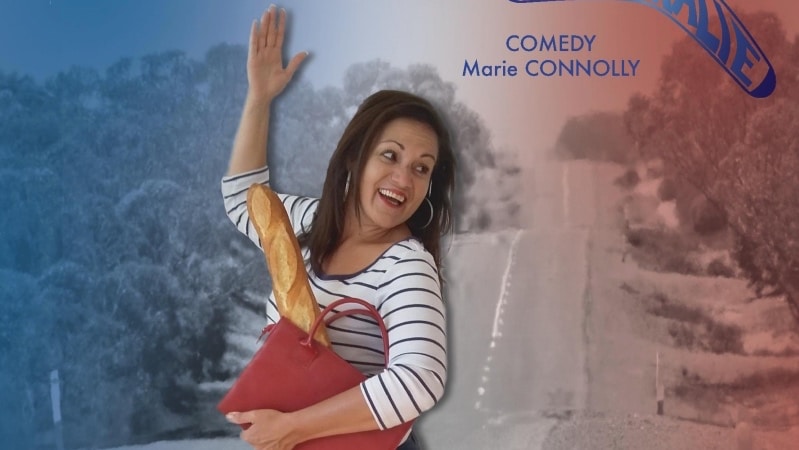 Where are you from and what are you doing nowadays ?

Originally from Brisbane, but I spent a long time in London, and for the last four years I’ve been in France, in Savoie. I moved to Lyon in June 2017 to perform comedy. I’m performing on the 26th of December, in English, at Le Complexe De Rire, if anyone is around.

Lyon, thanks to Bla Bla Car, is only three hours drive away from my Savoyard skiing mates.

Lyon has a lot of café-theatres where artists perform their one-man/woman-shows. I need to meet other artists and I need to get as much practice as possible performing in French, so I can put together my one-woman-show in French. Crazy, yes? Eddie Izzard who?

I had visited prior to moving, and loved the creative feel of some of the shop windows, particularly small independant clothes shops. The city felt artistic to me.

It was the Metro in Lyon that surprised me. It’s so little. I cannot help but smile each time I look at the little map with the four little lines. Especially little ‘C’.

Are you kidding? I must have been French in a previous life.

Okay, I retract what I said in my earlier answer. Kidding. When I first moved here, I volunteered for a ‘hospital house’ (this is a whole other story) and I made some friends. So far, so good.

“I was living in Savoie the last four years, land of cheese and meat, so, my favourite Lyon dishes are anything international; Chinese, Indian, Spanish!”.

I try to find someone to help me with marketing my comedy stuff, but because I hate marketing so much, I proscrastinate. I’m procrastinating now.

I was living in Savoie the last four years, land of cheese and meat, so, my favourite Lyon dishes are anything international; Chinese, Indian, Spanish! ‘But Marie, you are in the city reknown for it’s Gastronomy… how could you even suggest Chinese?’ I can, and I do.

Am in the process of testing places in the Food Hall in Les Halles. I like the weekend food market by the river (near Bellecour) too. I don’t eat oysters but I wish I did. And I don’t drink white wine, but I wish I did.

If my family made the 28 hour flight over, I would show them Annecy (cheating I know).

Your friends are coming. Where would you go?

My friends are coming for the Fete des Lumières… we are going straight into crowds I believe.

I’m all about acceptance.

Maybe, read This Is Lyon blog.

Yes, and I like that very much. As much as I love France, love speaking, eating, living French things, I love having access to an international community.