5 Reasons to Go See Yokainoshima at the Musée des Confluences

The Yokainoshima exhibit is on view until August 25, 2019

“Yokainoshima, esprits du Japon” is open at the Musée des Confluences in Lyon, bringing Japanese ritual traditions to the center stage in time for the 150th anniversary of the start of the Meiji Restoration. 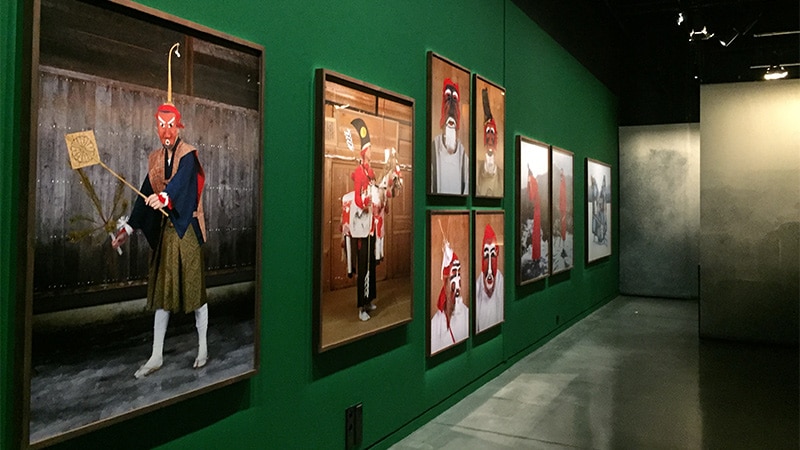 Fréger’s photographs take center stage on the colorful walls of the exhibition space, telling the stories of the local ritual actors. © Careri

A collection of 83 of Fréger’s works alongside 230 artifacts primarily from the 19th century Japonism movement, Yokainoshima takes visitors on a trip from winter to summer across the stories of 40 different divinities and mythical beings.

Still need some convincing? Here are five reasons you should immediately hop on the next tram down to Lyon’s resident spaceship time capsule.

1. Step into a fairytale with monsters, ghosts, ogres, and spirits

Fréger’s photographs evoke the most important characters of Japanese rituals, linked to the masks, costumes, and artifacts surrounding them by their otherworldliness.

From the yôkai and oni to the kami and kappa, Japanese spectres, monsters, ogres, gods, and elves are invoked as a way to understand the processes of the natural world and ask for prosperity and protection.

Yokainoshima takes visitors through a year in the life of these characters, from winter to summer in Fréger’s photos, from the matsuri couple Okame and Hyottoko to the buddhist Amida in the museum artifacts.

It’s a storybook of Japanese history, life size and vibrant on the museum walls.

2. Learn about Buddhism and its offshoots

Buddhism has been growing in Japan since the 6th century, and Yokainoshima pays tribute to the many deities that make up its traditions in its statues and figurines.

“We wanted to show the connection the Japanese have with another world, that is, the world of God and spirits,” said collections supervisor Deirdre Emmons. 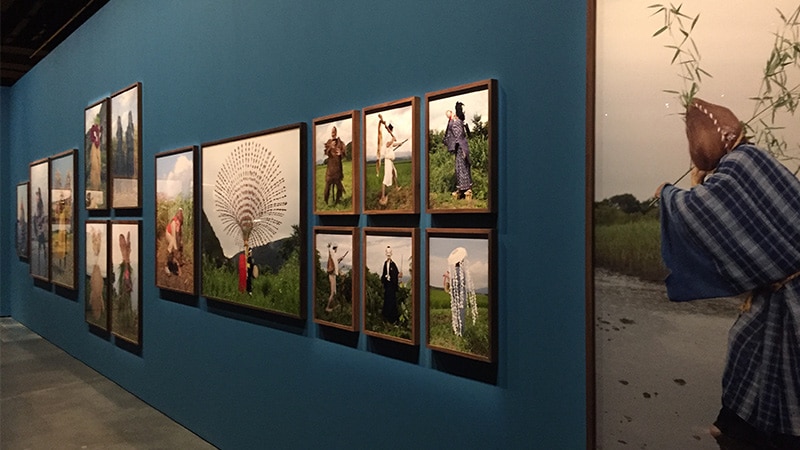 The exhibition traces Japanese traditions across a year, with each section flowing through a season and artifacts nearby to go along with the photo stories. © Careri

Learn about the meeting of the masculine and feminine in the statue of Kannon and see a rare depiction of the normally invisible kami.

Come to understand the shintô-buddhist fusion and the impact of Chinese Taoism and Indian divinities while surrounded by the 19th-century Japonism art movement that took Europe by storm.

“The relationship with Buddhism depends on who one is and how one practices,” Emmons said.

3. Take a trip to Japan that will make you want to see the real thing

The big metal door closes on the brightly lit hallway, and it begins.

A taiko drum beats in the background, as a giant red pagoda unfolds before your eyes. Surrounded by the sound of musical tales, immersed in the life-size photographs hanging on all sides, you step through a window and into Japan.

“It’s the first time he’s shown his photographs in such a large form,” Ter Ovanessian said.

Lanterns hang from the ceiling, artifacts encircle the pagoda in theatrical displays of figurines and masks, arranged to tell a story of their meaning and purpose.

The five two-week trips Fréger made to take the photographs are evident, tracing a path across the Japanese countryside from snow-coated fields and forests to cloud-covered mountains and beaches.

“The essential is the connection of the works of the museum and other museums with the photographs,” said Fréger.

The colorful photos mix with the somber artifacts, in a juxtaposed symphony of planned, aesthetic scenes and their reality. It’s an enchanting glimpse of the island nation without ever leaving the city. And there’s still so much more to see.

“There’s always a limit to the representation of a collection. The real is actually outside,” said Fréger in an interview with the exhibition’s associate expert, Cédric Lesec. “The museum echoes the real, but it is never truly real. It’s a targeted sample of a reality.” 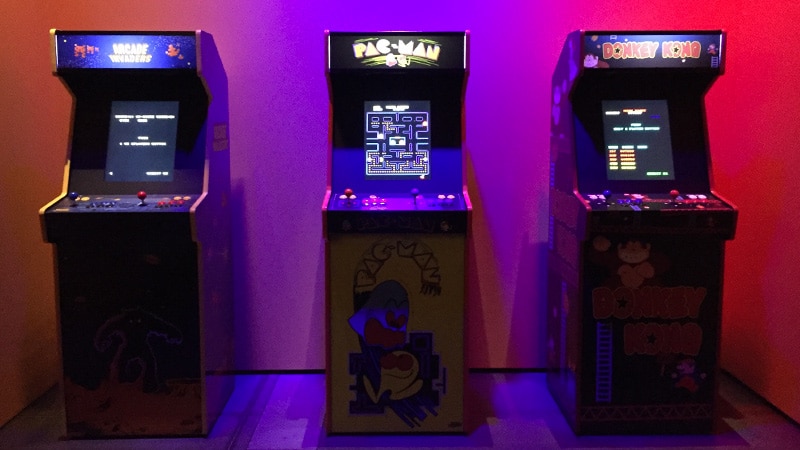 4. Go back to childhood with Arcade Invaders, Pac-Man, and Donkey Kong

That’s right, the classic games are making a (temporary) comeback.

Connecting traditions to modern day, each section of the exhibit features a modern installation influenced by the rituals invoked.

Ancient spirits are matched by the anime series “Yo-kai Watch,” while traditional costumes are compared to contemporary cosplay ones.

Take a look in the final section and get a chance to interpret a character in a traditional ritual of your own, this time from the 1980s.

5. Find yourself in the masked figures of ritual history

After all, Yokainoshima really is all about the interpretation.

“I’m less interested in the ritual itself than in the person who is participating. I like the tension between the individual and his costume,” Fréger told Lesec.

Fréger’s photos emphasize the act behind the story, asking locals to model the costumes they actually wear each year. It’s about the actor who is embodying the spirit, and how they choose to bring it to life in a new way.

“He photographs in a way almost anthropological,” said Lesec. “It’s ambivalent. It’s all about the staging. The photos weren’t taken candid; they were posed. It’s almost cinematic.”

The photographs showcase how one becomes these mythic figures, uniting thousands of years of history with the present day. Much like how one’s relationship with Buddhism is individual, so too is one’s interpretation of the deities. At its core, Yokainoshima is about the person behind the mask.

“They’re powerful photos, possibly first because of their format,” said Lesec. “But they’re also strong because of the effect they have on the visitor. We can compare ourselves to these characters.” 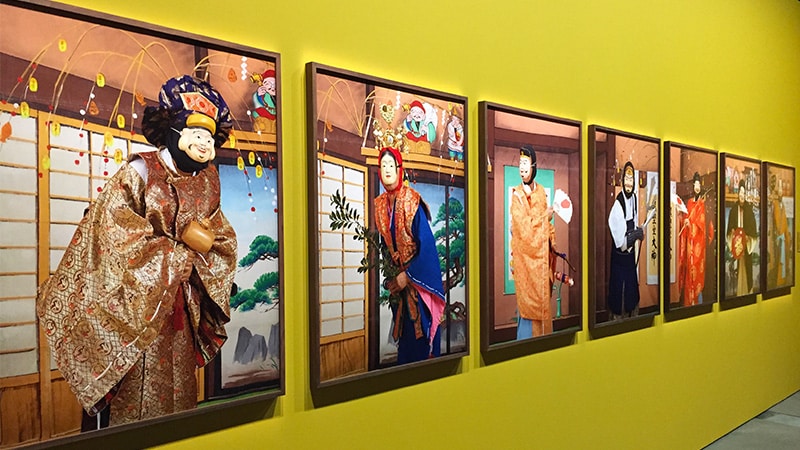 Alongside the photos are real versions of some of the costumes worn and masks used, uniting posed art with reality. © Careri