Home » Breaking News » Be part of a Guinness World Record!

Be part of a Guinness World Record!

Published: 2019/06/24
Equal Playing Field is an UK based voluntary non-profit organization whose goal is to challenge the inequalities women face in sport. They are aiming to break the Guinness World Record for the highest participation match ever, in Lyon from June 27th to July 1st.

Who is Equal Playing Field?

Equal Playing Field (EPF) is a global collective of people seeking to challenge the inequalities women face in sport, particularly in football, and to promote the development of the game. They will benefit from the coverage of the FIFA Women’s World Cup around the semi and final in Lyon to organize the Festival of Football with Twitter and Adidas as their main partners.

This time they want to beat the actual record which is 2357 players. It basically is an 11-aside game with roll-on, roll-off subs. The game is expected to last for 4.5 days, non-stop. To win the title the game can not stop, it will when there are no more substitutes anymore. With teams from Mexico, USA, Lesotho, Australia or even India, they might even break the record of the most nationalities part of a single game. Even a team of female MPs are announced to participate with Tracey Crouch, former UK Minister for Sports.

With Lyon being very much forward on the field of Women’s Football, and hosting three of the four last games of the FIFA Women’s Football World Cup it just was the perfect place to organize this event. EPF is received in the official Groupama Olympique Lyonnais Academy, right next to the field. Not only will there be the record-setting game but also training sessions, workshops and meet and greets with players and leaders in women’s football. 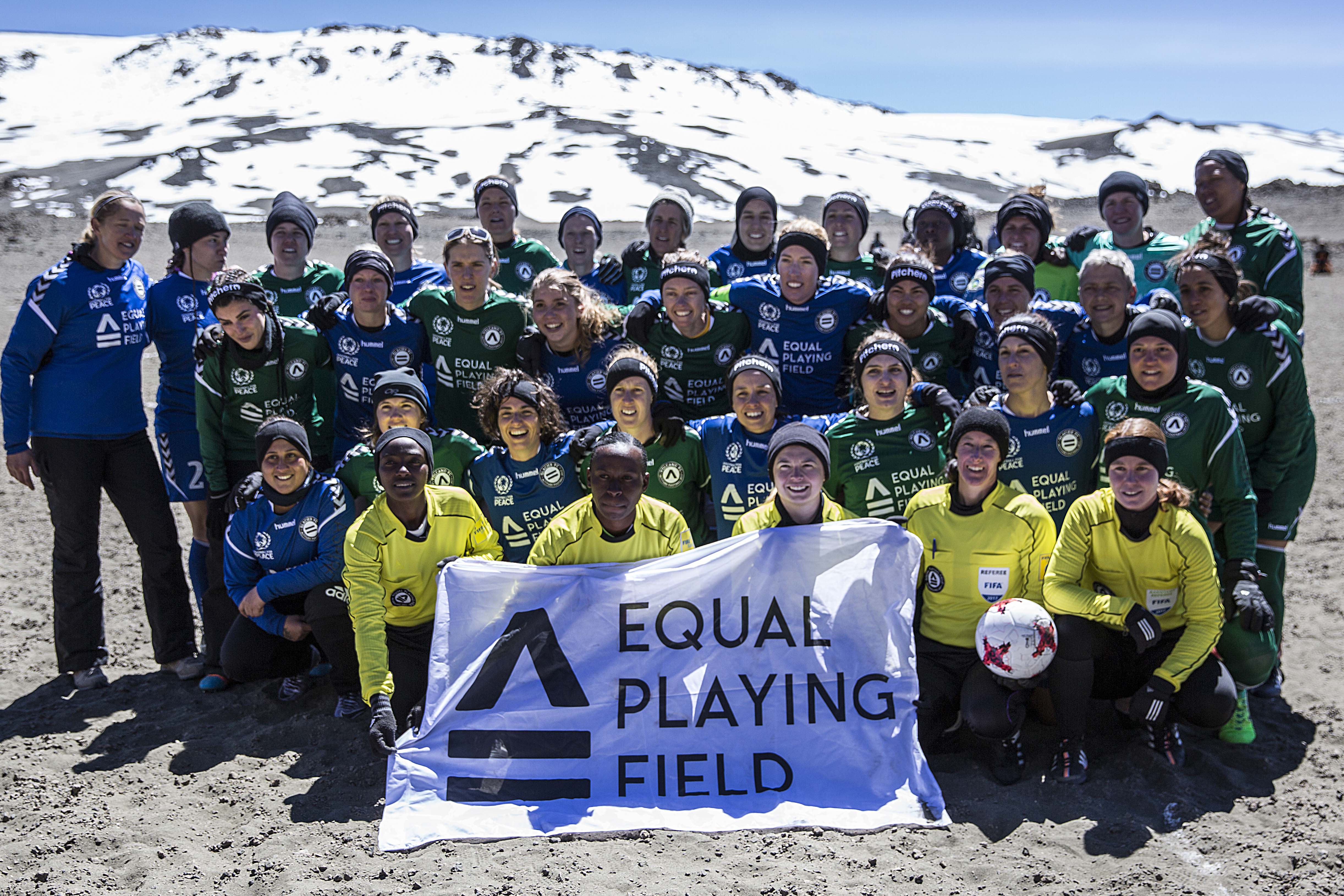 Take part in the event!

If you like playing football, being part of a team or you just want to be part of a Guinness World Record, you can get your tickets here. When you register use code LYON10 at check out to drop the price from 20 euros to just 10!

Your registration will get you entrance, game time, the official World Record shirt and socks (bring your own black shorts!), workshops, film screenings, training and skills sessions and festival atmosphere!