As you should know, Bastille day (July 14th) is coming fast. What is organised? Where can you watch it in Lyon? Is it accessible by car?

French people love to brag about the revolution and the liberalism it enhanced. That’s why 2021’s Bastille day edition will in a way echo this massive history event. This day is highly symbolical in the minds of the French. But why?

On the 14th of July 1789, Louis XVI-king at the time, fired Necker: the only popular minister in the eyes of the people. But it was the drop of water that broke the camel’s back.
The Monarchical regime was indeed absolute, and the rebellion turned into a revolution. Parisians armed up and went to “La Bastille”, a prison representing the King’s repression. To cut it short, people were killed, Aristocrats lost their heads (including the king later on).

Final result: the French Constitution or DDHC that marked the beginning of the French Republic and signed the 26th of august 1789. France’s has since then seen some ups and downs throughout history, but everything democratic starts from that day.

The ceremony in Lyon 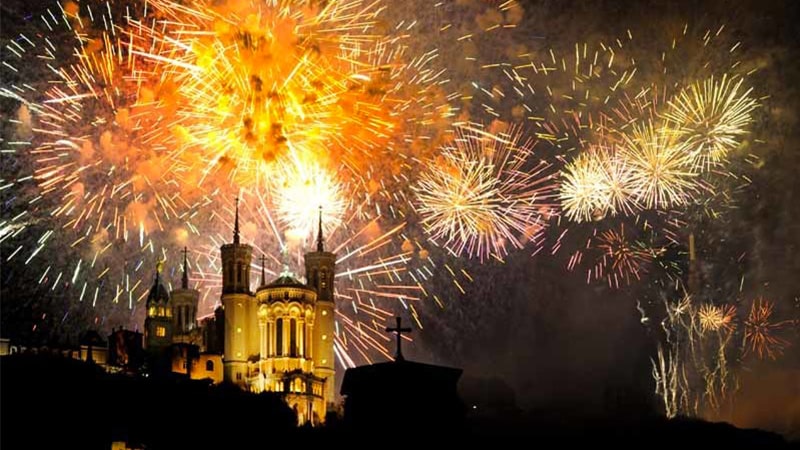 This year, the 14 juillet will be dedicated to the LGBT+ community, echoing pride the month before. A Rainbow of colours will be displayed especially. The occasion is perfect for reminding the importance of human rights and celebrate.

More precisely, 7 fireworks panels are going to explode: 2min for each one of them. Yes, A lot of people is going to be present, so do not forget to put a mask on and respect social barriers.

Where to go & to park 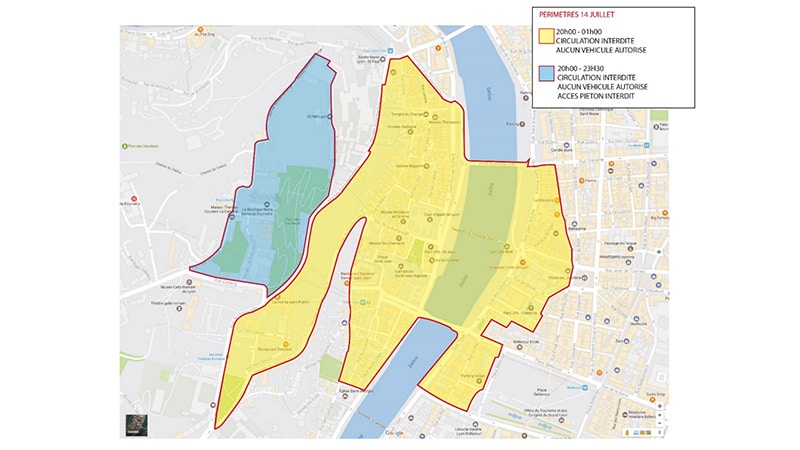 Now, here’s some concreteness. Every year, big and small cities deliver a firework. People gather to enjoy it with loved ones. Or simply and humbly for the sake of the republic of course.

In Lyon, the tradition is set on Fourvière hill, near the basilica.

Here the best spots to watch the show in Lyon can be:

A high and beautiful view can especially be observed by The Radisson Blu Hotel. If you don’t want to sleep the night, it is alright: Celest bar is available for a snack or cocktail. At the heart of the city center, The Radisson Blu is located in the iconic “Crayon tower”, at 129 Rue Servient.

Warning: the city will be packed. It is not wise to take the car for multiple reasons.

First you will have tremendous car jams and French people will highly practice the art they excel at: honking and yelling French slurs (not a cliché in this period of year).

Second, you won’t be able to park. Circulation will be cut at 8pm in crowded areas. An honest tip would be to walk there if you can, because strolling in the streets of Lyon after the firework is an experience to live.