Home » Tips and advice » Supporter’s Guide : How to get to the Lyon’s Groupama Stadium

How to Go to the Stadium for the World Cup

With Lyon being the host of many major games or great concerts, an easy supporter guide is essential to find your way to the stadium. From the center of the city, it’s one of the furthest attraction with 12km (around 7,5 miles) separating both. However, the good thing with the stadium is that on game days, a shuttle service is organized rallying the stadium to various points of connection with public transportation.

Go to the stadium with public transportation

The easiest way to join the field is with public transportation.

The most practical one is the one leaving from the train station, Gare de la Part-Dieu.

It leaves from the stop Villette Sud, on the other side of the station when you come from the center of the city. You can reach the train station with the Metro Line B, from the Old Town and Place Bellecour or the tram T1 from Confluence.

The second shuttle leaves from Vaulx-en-Velin La Soie. It’s the last stop of the Metro Line A. You can also reach it with the Tram 3.

The shuttles only start two hours before the game and in the evening the last one leaves at 23:50. Be sure to take your ticket beforehand. 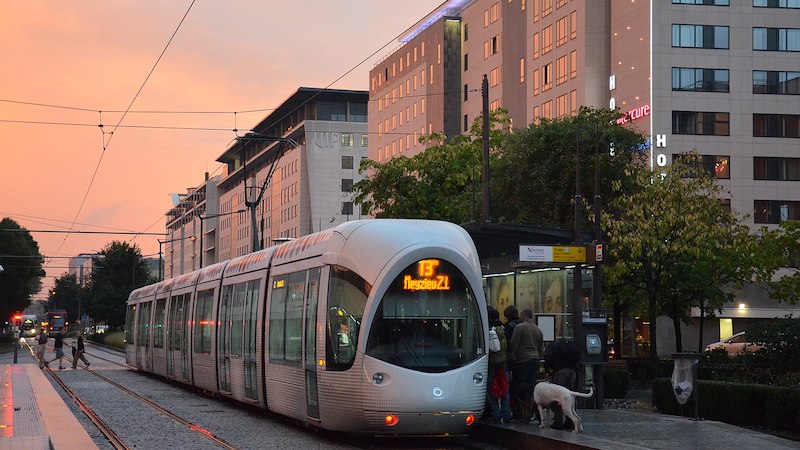 If you’re planning on reaching Lyon by train, the easiest is to arrive at Gare de la Part-Dieu and take the shuttle from there.

Go to the stadium from the Lyon St-Exupéry Airport

If you come to Lyon by plane, and you are close enough to the start of the game, you can take the Rhône Express until Vaulx-en-Velin La Soie and take a shuttle.

But if you’d rather go to your hotel or enjoy a stroll in the city before, you can take the Rhône Express until the terminus, Gare de la Part-Dieu and then choose which shuttle is the easiest for you.

Go to the stadium by car

Lastly, if you are motorized, you can come directly to the stadium. By motorbike, you can park for free.

However, if you come by car you’ll have to pay 15€. You have to book it in advance directly on the Groupama Stadium website.

By taxi or UBER, it can quickly become expensive especially on a game night, on a regular night, you already have to count around 60€ for a round trip.

All in all, we strongly recommend you to go to the game with public transportation, it’s cheaper and you don’t have to worry about driving and/or the number of beers you drink.

To avoid the mass of people flooding the stadium, we advise you to take the Tram T3 from Gare Part Dieu V.Merle up until Décines OL Vallée and then you can join the game in a 10-minute walk. However, keep an eye on the timetables here.

We recommend you to come in advance to avoid long queues. Take small bags to avoid paying for the wardrobe and security won’t allow bags that are too big inside of the stadium.

While you’re in town do not hesitate to check out our Lyon Transportation Guide! 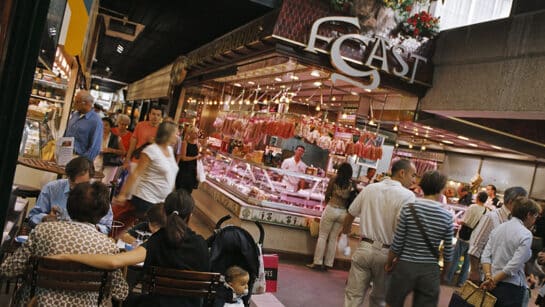 The 10 Best Areas for Shopping in Lyon 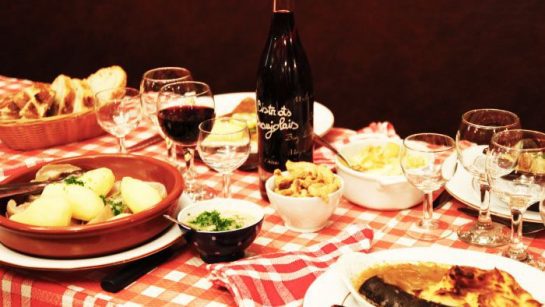 Lyon Food Scene: What is a Bouchon?

For those who want a real taste of Lyonnaise cuisine, the best place to find it is in a Bouchon.