You’ll have to walk the Saône upstream if you want to admire the “Soleil”, illuminated by Philippe Cotten (CozTen) on Fourvière basilica, the back of Saint-Jean cathedral and on the front of the Palais de Justice (Law Courts). 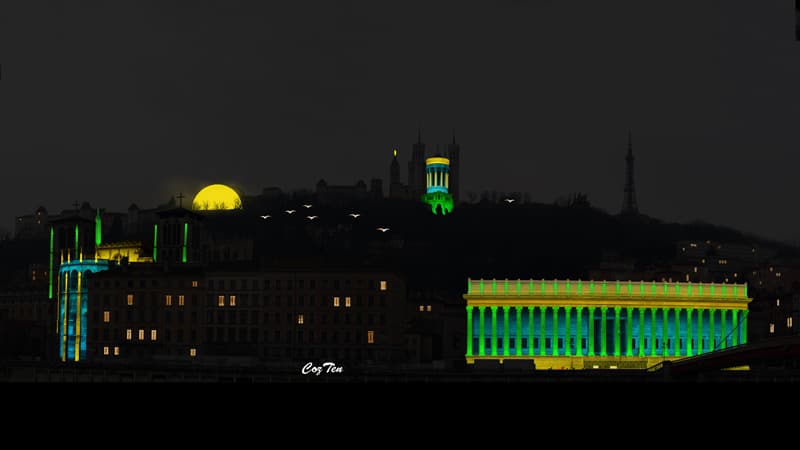 This is one of the major light displays this year

In 2010, this scenographer made a moon appear on the backdrop of Fourvière hill. This year, a sun can be found, varying the colours on the buildings around it.

On the quai Saint Antoine, on the banks of the Saône, discover the bubble gum cars from Adrien Bertrand and Marion Antoine, filled with giant inflated pink balls.

And between Bonaparte bridge and Feuillée bridge that the inflated puppet procession by Picto Facto take place (from 8pm to 10.30pm). 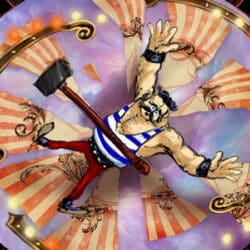 What better way to transform the giant screen found slap bang in the middle into a fairground. 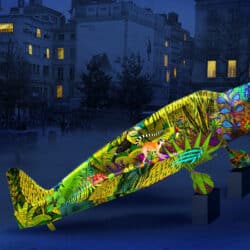 On the banks of the Rhône river, its jetty offers an ideal spot to sup up the light which spirals around the four UFO-like masts of the Tony-Bertrand swimming pool.