For the light display which tiptoes along the backbone of central Lyon, the Festival of Lights has got together with the Chinese city of Zidong (in the province of Sichuan), famous for its Lantern Festival. 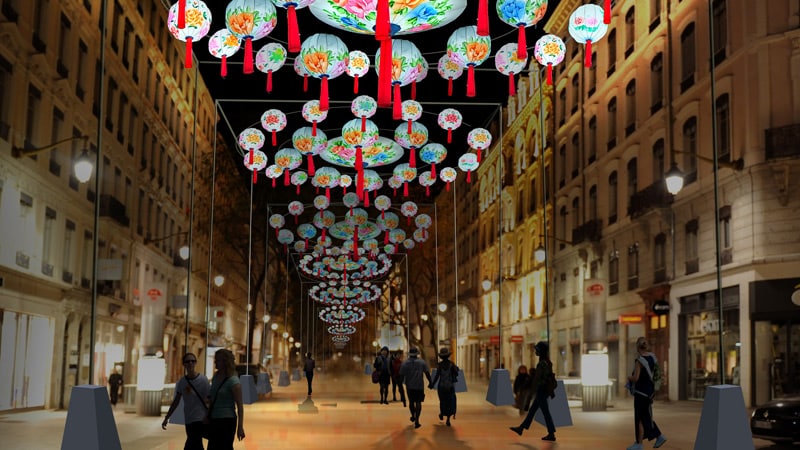 Around ten Chinese artists have come to Lyon in order to kick off the making process and the hanging up of hundreds of coloured lanterns, 2.5m in diametre, suspended all along the 1.2 km of rue de la République.

It’s their first time in France, it was a special encounter,

Gilles Flouret,the man behind the illuminations in central Lyon 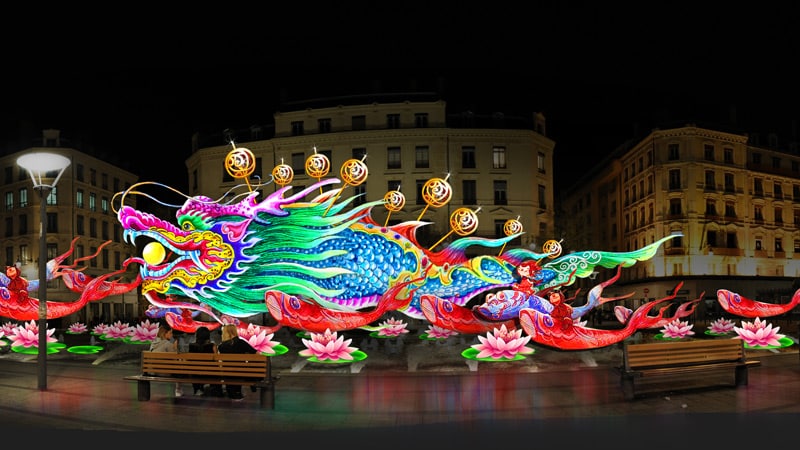 An installation on this scale is a rare sight in Europe

The team’s mission is to create the giant fish in the fountain in République square, a luminous carpe koï composed of metal and fabric, 17 metres long and 5m high. 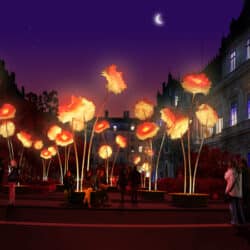 Along the main axis of central Lyon, take a breather at place de la Bourse. 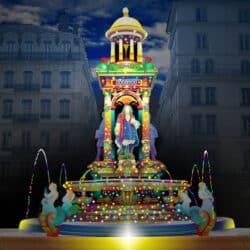 The fountain in place des Jacobins, renovated in 2013, has been decked in colour by one of the stars of the Festival of Lights