The illumination gauntlet of Saint-Jean Cathedral (15th century) has been taken up by La Maison Production, which received the Light Trophy in 2013, together with Yann Nguema, digital artist and musician in the group EZ3kiel.

In 2014, we asked a fashion designer to light up the cathedral. This time it’s a musical moment. We like to vary artistic expressions, 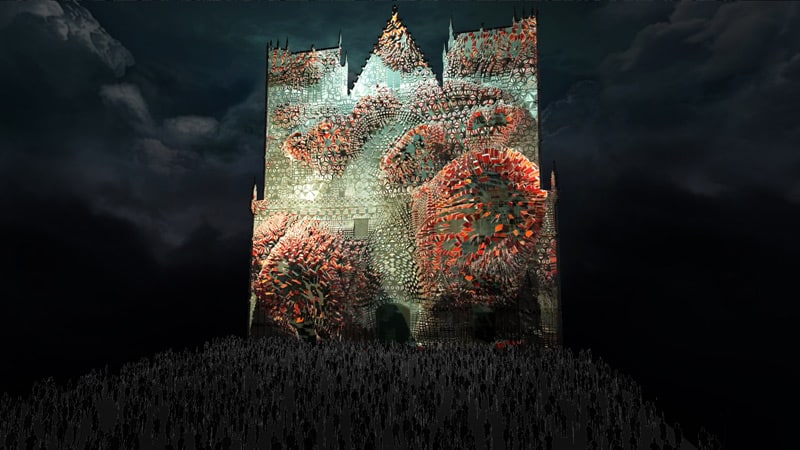 Black and white join colour and laser to tell the story of the cathedral, from stone to pixel. “All 12.300 stones from the front of the cathedral needed to be digitalised to be set in movement,” explains Yann Nguema who is taking part in the Festival of Lights for the first time.

This display will sail across the Atlantic in February for the Montreal Festival of Lights. 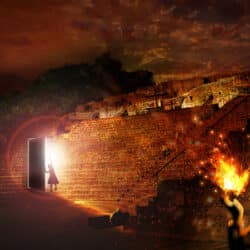 The antique theatre up in flames

To mark the 40th anniversary of the Gallo-Roman museum of Lyon, the antique theatre pulls out all the stops in its first light display. 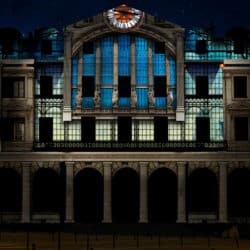 For their first Festival of Light, Camille Gross and Leslie Epsztein have created a spectacular display.