Home » We are Lyon » Never Listen to Grandma

It’s August, the city is choking hot, so an Average Individual goes camping in the Pilat mountains just outside Lyon. 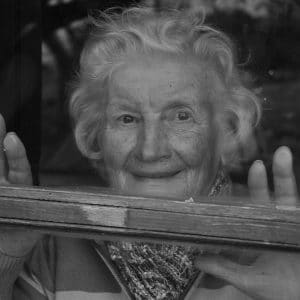 The world is your oyster, my grandma always said. I don’t know what she actually meant by it but she said it with a kind of glowing knowing when she said goodbye. I took it as a call to turn life into an adventure, with or without the promise of a pearl.

That’s why I wanted to get me a tent at age 37. My own tent. I’ve slept in loads, got muddy and moody, had my thighs caught in zips or groped by a cider drinker who wrote limericks about fruit, but they were always someone else’s.

I wanted a one-woman tent to bugger off with for two days whilst the kids were on holiday with their dad. Stop me rearranging toys at home, scrubbing imaginary stains and wondering how to be a fully-operational human without them.

And so I bought a tent from Tentman at the tent shop who showed undiluted disgust at my “cheap and easy to put up” request, pointed at the Eureka, then went off to talk to another customer about his range of goose-feather sleeping bags which started at 400 euros.

I drove an hour and a half to the top of the Pilat mountains with my brand new Eureka tent in the boot, and oh what a feeling. My tent! I splashed out on Red Bull to celebrate, put Catatonia on and gonged my head from side to side, smiling at her valley accent when she said the words “road rage”. I believe I even waved at a cow.

I pitched my Eureka tent in no time at all. The position wasn’t perfect – it was in a field with cows in, but they were far away and had bells on so they’d do their dingaling thing before coming too close. Plus I had a hammer Tentman had sold me. A wooden mallet thing to bludgeon the tent pegs into the earth.

I walked towards the local restaurant, looking back at my little green tent and the flying ants circulating. My grandma was right, the world is my oyster.

After a pile of charcuterie, a small bucket of red wine and a few fascinating conversations with myself, I wandered back. The sky was pink, and the blue from before was switching to black. Without the dingalings it would have been totally silent.

The flying ants seemed to have changed Eureka’s colour regime to greeny-black and so I took my hammer out and whacked them clean off. Who on earth had given them wings? They were relentless. In seconds they were back on.

I pulled my socks over my trousers and tucked my top into my jeans. Flying ants will not fuck up my adventure this evening, nope. Determined, I unzipped the outer layer only to find the Second Lieutenant had sent his army to colonise the insides too. I thus embarked on a swatting and swiping frenzy and dive-landed into the protective shell of the mosquito net, breathless. The next 20 minutes were spent picking up pedestrian ants and flicking them out, and composure slowly returned.

I lay down. Put earplugs in to muffle the sound of raining insect squadrons tumbling down the nylon. I opened my book. This was alright, this. Snug.

And then the bull came.

If it had been just a moo I wouldn’t have heard it. It was the stomp that made me realise there was a bovine outside requesting some sort of exchange. I grabbed my hammer, poked my head through the Velcro, spat out an ant.

The bull stared at me and stomped his foot again. Very carefully, I got to my feet. Option one: run for that tree below and attempt to climb it and throw the hammer at the bull should he try to ram. Option two: make bear noises whilst waving the hammer. Option three: lower eyes and don’t do anything with the hammer.

Instinct made me lower my eyes. Again he stomped. A lengthy stomp/eye lowering standoff proceeded, during which I noticed how large his horns actually were and how the pink clouds behind him were oozing red, foretelling the story of a Englishwoman living in France, a wishful explorer, skewered then flattened by a Marine Landaise bull, and finished off by a legion of winged ants, food too for local papers that usually wrote of planning permissions and lost cats.

The bull, however, must have concluded that I wasn’t worth the hassle, because he groaned and turned around, heading westward with the other dingalings.

Glory was short-lived though. Behind me, the horizon was making noise. It was lit up orange by three quads, one hundred metres away, and they were looking down at me and my tent, revving like chainsaws. I raised my hammer to the sky, I don’t know why. For all I knew it looked like a ladle and an invitation to join me for French onion soup.

Damn it, I missed the bull. Stampeding was more preferable than negotiating with three inbred gentlemen on quads with little else to do on a Tuesday night than flipper and gang rape.

I didn’t move. Looked straight in their direction, hammer raised. Spat out three ants. After a few minutes, like the bull, the quads slowly moved on.

Tentman didn’t mention how quick and easy Eureka was to pack up and put away.

2 thoughts on “Never Listen to Grandma”