Home » We are Lyon » Lyon Light Festival: From a local to an international event

Lyon Light Festival: From a local to an international event

My “Fête des Lumières” when I was young

I share with you my experiences during the Lyon Light Festival from when I was younger to now. A lot of change has occurred over the years! Perhaps most notable is that the Lyon Light Festival went from being a local event, to an international one. As a “Lyonnaise”, I try to explain the differences without making value comparisons, as I don’t like to make judgements about better or worse.

Lyon Festival of Lights Yesterday: the tradition of candles

I used to hang out at the Lyon Light Festival when I was young.

The first time was 20 years ago, and it was very different than it is now! First, the festival only took place on the 8th of each December and we all waited a long time for it.

Each year before the « fête des Lumières », my sister and I were excited to gather candles and put them on the window sills; our big challenge was to assort them like a colorful rainbow.

As can still be seen today (albeit a little less to be honest), the tradition calls for most locals to put candles on their window sills, And I think that it is really nice to see the candles. When I lived in Paris, a good way to recognize people originally from Lyon was to look for candles in the windows on December 8! 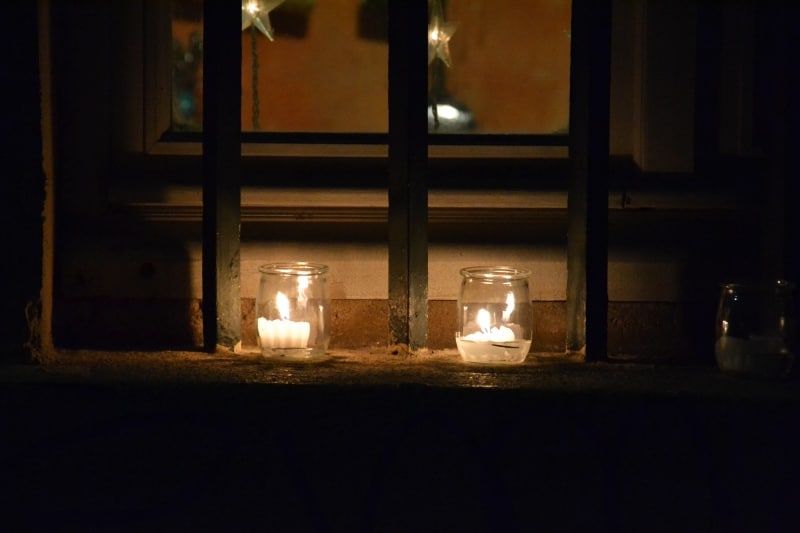 Candles on window sills, a deep-rooted tradition in Lyon

The 8th of December, an authentic celebration in Lyon

In my family, the routine for the 8th of December consisted of two parts. The first part was walking arm in arm, discovering the lights and local animations in the streets, while the second part consisted in spending time at the merchant’s store eating and drinking. Nice isn’t it?

At that time my parents had a store in downtown Lyon, and we were lucky enough to be invited by most merchants in the area to do tastings! I loved it.

Also part of this night was a funny tradition in which neighbors in Old Lyon would throw eggs and flour from their buildings onto the people in the streets below! It was like a ceremony each year. I personally never went to this event… however, my friends who did go always had fun!

In summary: The local 8th of December was authentic, simple and liberating…

Indeed, I felt free and safe, walking everywhere in Lyon at nighttime. I recognize a certain charm in local events – events that are far away from the roads often tread by tourists.

Today (maybe for more than 15 years now), this event is an international affair, unlike the local affair of my childhood.

It has become an economic success for the city: instead of only one night per year, it now takes place over 4 days. 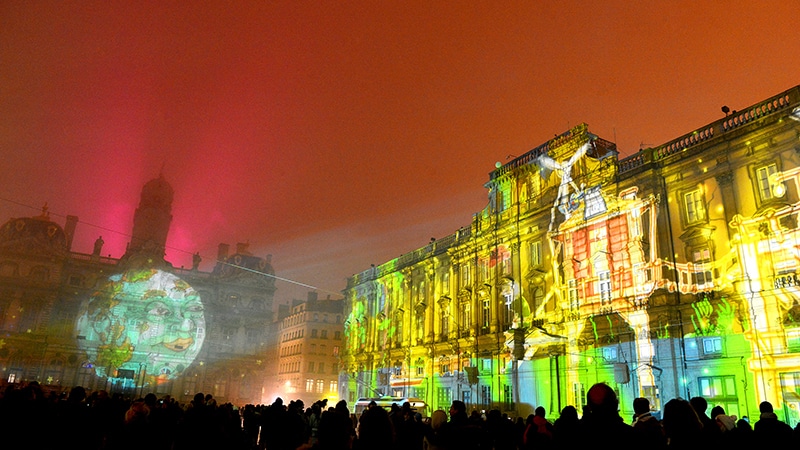 To tell the truth, I have only been to the festival once since it was only one night, as I was living abroad for several years. Upon returning, I was amazed by the light decorations on the buildings. Which is a great job from local artists! My favorite lighted spot was Place des Jacobins.

As it lasts 4 days and is packed with people, the Fête des Lumières has become something that we plan, rather than improvising during the night.

But it is definitely worth it! I got the chance to rediscover my city with new eyes.

My best tips for the Lyon’s Fête des Lumières

1. Don’t plan to go to a restaurant during these 4 nights as it is booked months in advance…
2. Rent your place to tourists as you’ll get $$$$$$
3. Don’t go if you’re agoraphobic….
4. Only go in groups of 4 maximum … unless you want to lose one of your friends during it

Everything you need to know about 2018 Lyon’s Festival of Lights. Four different itineraries to discover the city 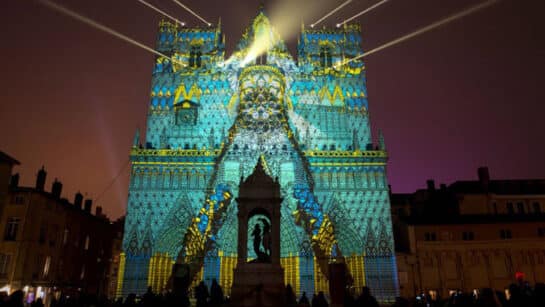