Home » We are Lyon » The Journal of an Average Individual #2: Hitler in an armchair

The Journal of an Average Individual #2: Hitler in an armchair

“Beware, O Wanderer, the road is walking too”

An Average Individual wants to sit in a park and watch the world go by, but ends up drinking rosé wine and supping up ordinary racism 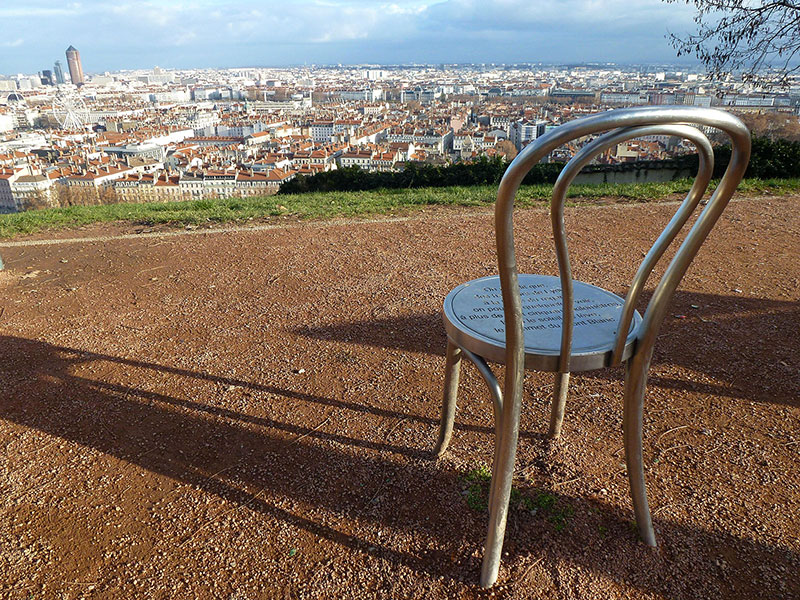 I was supposed to go to the Jardin des Curiosités.

I was supposed to sit on the famous metal throne and reign down over Lyon, over that staggering mass of red rooftops and the Mont Blanc horizon, endless. But instead, I was to sit on a tattered Louis XVI-style armchair, on the pavement outside a closed-down Antiques shop.

A stocky man of about 40 was slumped back on one of the armchairs, a thin cigar hanging off his lower lip. He sat opposite a lady with red hair, she too in a green Louis XVI. Drinking rosé wine, their cheeks were flushed from a mixture of sunshine and daytime alcohol.

“Nice parking,” the man shouted over at me as I got out of my car. Robert, his name turned out to be. I checked the front tyre for damage. Grinned.

“Fancy joining us?” he said.

I thought about my plan to go to the Jardin des Curiosités, my plans for supper that day, my intricately-bound plans for the following week, weaving work and kids and sanity-searching, I thought about how our whole lives are built on plans, throttling the unexpected, and then I stopped thinking and decided to get drunk.

Robert brought out a third armchair from inside his shop. It had purple upholstery. He popped it on the pavement and handed me a tall glass into which he squeezed cold rosé from a box. It glugged and spat. A passer-by yelled “santé” and all three of us lurched into conversation, ripping off peripheral banter to get to the very heart of stuff.

Sex came first. Then love, friendship, baggage. We circumnavigated freedom, shifted to identity, Brexit, France, Muslims, then came the next allusion in the contemporary chain of logic – terrorism.

“They have to play by our rules,” the redhead, Cécile, said. She offered me a slice of saucisson she’d been hacking at with a pen-knife.

“Whose they?” I asked, curious.

Robert puffed smoke up at the sky and clapped at a Roma boy who had managed to hurdle the plastic hedge stuck outside the boulangerie to make it look pretty.

Robert was ex-army. About to rent out his shop and bugger off to Russia. As for Cécile, she bought stuff and sold it on. Both were from Lyon.

“What happened to “vivre la différence”?” I asked, peeling off the plastic outer ring on my slice of saucisson.

Then I heard what I’ve been hearing a lot over these past few months. Propelled to centre stage and equipped with a big fat tannoy since the Bataclan. That if you live in a country, you have to adopt its way of life, its values, tone down religion, dress appropriately and not in veils, limit halal propaganda and money collection boxes to build yet another mosque, learn the language, blend in.

“What’s your way of life?” I asked. I thought about the Muslims I knew. Students at university, cleaners, shop-keepers, all striving to slot in, all French.

“Drinking wine and eating saucisson in the middle of the street and being proud of it” said Cécile.

They both laughed, Robert topped up our glasses. All of a sudden, things started to feel too neat and tidy and inward-looking.

Aware of the controversial road I was taking, I pursued my train of thought. “Could you imagine a group of Muslim friends out here in the street like this, occupying the pavement? Drinking, I don’t know, mint tea?”

“Yes, why not.” Robert replied. “Enfin, in their district.”

There was the “they” again. And a finely-tuned get-off-my-land mentality.

I spoke about my recent application for French citizenship, sat forward in my armchair.

“What if I love France but have some traditions I want to keep?” I asked.

Cécile then explained to Robert what Marmite was, put two fingers down her throat and pretended to vomit.

“But a park is a public place,” I continued. “Imagine there’s a whole bunch of Marmite eaters. Marmite brainwashing, some people could see it as.”

“I see what you’re getting at,” Robert said, lighting up his third cigar. “But it’s not the same thing. We’re talking about religion here. We’re proud of our laïcité. Being French is all about being secular.”

“But don’t you think there’s a risk of laïcité turning into a religion of its own?” I said. My heart raced. “Like you’re imposing your own way of doing things on others and not letting people live freely?”

Months of wrangling with my own brain on this issue, I was impatient for it to finally come out. And without being pigeon-holed anti-French and being shipped back to Albion.

We sat back in our armchairs and my pulse slowed down. Silent we were, save the birds and the muffled sounds of some idiot with his souflette, blowing the leaves away.

“I think you’re living in the world of Care Bears,” said Robert after a few minutes.

“I think you need to make a Muslim friend,” I replied. 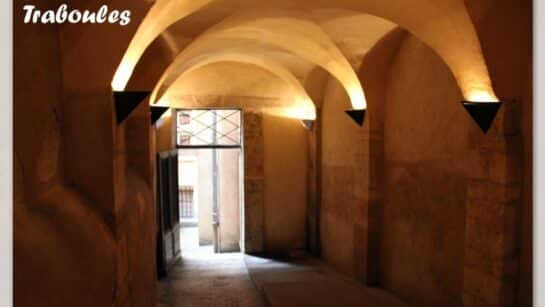