Travel broadens the mind. In this case not just mine.

The other day, I caught the 6.30 am bus to the railway station at Part Dieu to catch a TGV to Paris.

As I sat drowsing in the twilight of one of the city’s late winter mornings streaming through the windows mixed with the roll call of legendary and historical names on the bus stops, the handbrake suddenly hissed and the bus stopped. The driver leant out of his cabin and shouted to the people on the back seat:

“Oh! What are you doing with that cigarette!? No smoking on this bus. Get rid of that cigarette or I stop the bus immediately and everyone has to get off!”
From my usual seat at the front, just to the right of the driver, I could see some sort of couple hiding in the corner of the back seat, but could not really make out who they were. They did not seem too put out by this public reprimand – nor did any of the other passengers. Well, it was one of the early buses. 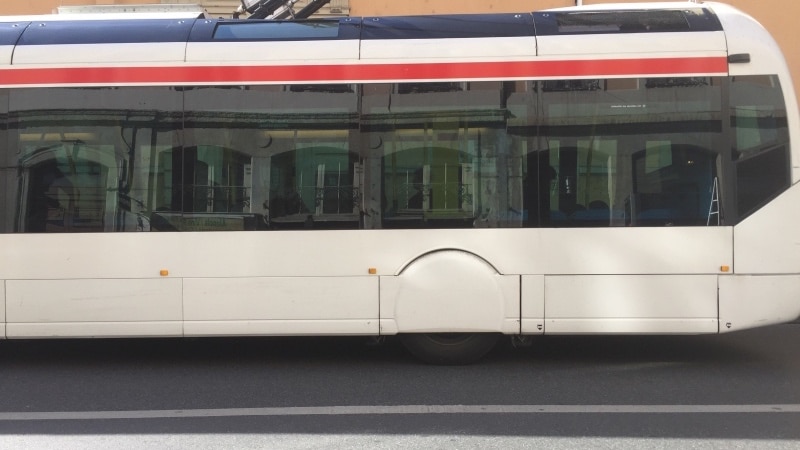 I felt sorry for the driver having to start his day by dealing with this sort of thing. Assuming this was not the end of the story, a series of de Niro-esque in Bus Driver scenarios began to run through my head. Each one told me that there was no way I was going to leave the driver to deal with this alone.

‘What if I went to see them and they turned out to be huge guys who could knock me out with a single punch?’ Well, at least the hospital was not far…
The bus started up again. I assumed that the back seat smokers had put out the cigarette and Verdun street sign turned my thoughts to those blokes in the trenches during World War 1, sitting there, justifiably terrified, knowing that they had to go over the top.

In this bus-driver’s case, no-one was forcing me to do anything on pain of execution. And unlike those soldiers, this was a cause I understood and fully supported.
A few stops later, the bus driver saw something else through his rear view mirror. He leant right out of his cabin and warned them very clearly once again. “I’ve told you about smoking on this bus. I am now stopping the bus and you must get off”.
Of course the people at the back don’t move. But what struck me at this point, more than the idiocy of the balloon heads at the back, was the total passivity and nonchalance of the rest of the passengers on the bus. Now that was surprising.
After half a minute or so, the Robert de Niro in me gets up and walks down to the back of the bus. When I get there I see that they are three beer-drinking adults in their mid to late twenties – one woman and two men.

They look and smelt like they had been out on what I hoped was a cracking all-nighter, or in their case three nights. The young man sitting alone on the right side of the back seat had his feet on the chair in front of him. In my best vigilante French accent I simply pointed and said “What”s that?”
It worked. Like a scolded child he took his feet off the chair. (“Some sign of intelligence in your favour” de Niro may have said). I then address the other two: “Can you please leave the bus. You’re not allowed to smoke on the bus, and the driver won’t go until you’ve left. And I, like I presume many others on the bus, have got a train to catch.”

The second of the young men waved his arms (one of which contained a bottle of Heineken – if I had the choice at 6am I’d go for Carlsberg) and muttered something almost incomprehensible about “not smoking”. At which point the young woman beside him then stood up, shouted some insult at me and tried to slap me across the face.
I have to admit, at that point, those de Niro fantasies had me imagining knocking her out with a single perfectly aimed blow to the chin. But instead I turned away in disgust and made my way back towards the driver to get my bag and leave the bus.

I told the driver that she had tried to hit me. “I saw she did. Thank you very much for your help.” I gave him my sympathies for having to deal with this in his job.
As I picked up my bag to leave the bus, something came over me, a memory of a bus ride many years ago, and I decided that the rest of the passengers on this bus need to hear about it.

“Before I leave this bus I just want to ask who and where are the citizens on this bus? No one is saying anything in support of the driver. Being a bus driver is not an easy job and no-one seems to be coming to his support.I think that is even more disgraceful as than the behavior of those drunken idiots at the back. Being a member of the public in a republic is not something you take for granted, it is something you have to learn to be and respect.”

Martin
I turned to the driver and apologized to him for the drunken idiots at the back, and for having to drive a piece of public transport so seemingly devoid of a real public.
It all sounded a bit too self-righteous on my part and for my part, but such be the theatre of the moment. On reflection, maybe it was a sort of protective move on my part. Because the first thing that ever struck me when I first moved to Lyon was the quality of the bus service.

Apart from the frequency and the cleanliness of the buses, as well as the clear information about times and itinaries, it was, above all, the zen of the drivers.

As a kid I often spoke to bus drivers in Liverpool. And I remember the anarchy of what happened to the bus service in Liverpool in the mid-1980s. The Lyon drivers struck me as a cut above the rest, and I really appreciated it. I had thought of doing it as a job at one time, but don’t think I could handle it as a long term thing.

I don’t know what it is like to work for TCL, but a few years ago, I was at some conference where I accidently heard the then head of the TCL speaking with love and pride of the system he had spent his life helping develop. From the passengers point of view, rightly so – though I got to say that the old number 13s and 18s that got given to Romania were much better than the tubes of toothpaste that replaced them!
In fact, anyone trying to say to anyone else that ‘this is Lyon’ should recommend they see it for themselves by just spending a couple of hours getting lost in it by bus. Get on one, anyone, from anywhere in the centre of town, and just stay on it to its terminus.

They cover far and wide, and it is still pretty cheap. Try to pick one that goes far out of town.

One of these days I should tell you about the remarkable route of the old Number 8 (the longest line of them all), or maybe the Number 60 that goes from the railway station called Perrache – a station so badly designed it deserves to be visited, walked through, and perhaps even preserved as universal symbol of bad architectural design – to the much-maligned petrol refinery at Feyzin that no longer allows people to take pictures if it.

Or maybe I’ll just tell you of the bus that you have to take if you want to hear a young bus driver play his trumpet during his tea break…..