A massive street art exposition called “Zoo Art Show” is taking place in Lyon. 4.500 meters square and 140 international artists are what was needed to create this maze of street culture. The project is open to the public again, but temporarily: available until the 1st august 2021 at 6 rue Boileau.

The street art at heart

Who would have known? There is an entire street art building right in the middle of chic 6th borough of Lyon. “Enter in the temple of street culture” appears to be the motto of the project. And a temple it is, for street culture admirers as for others, with its inner walls entirely covered with colorful frescoes. And if you have kids, it’s perfect for them too. Everything is a hundred times bigger than usual: a four-meter panther head can give you the scornful eye when you pass by. A couple of dinosaur parrots are turned around to pose glamorously as visitors look at them. That is the new normal, at least for regular customers, who mostly are skaters, BMX-lovers or sport- players. But first-timers have their breath taken away by both the magnitude and the beauty of the artworks. According to the organizers, 140 international artists have been called-upon to design the Zoo Art Show. Local artists were involved too, making it at least 300 contributing artists overall. 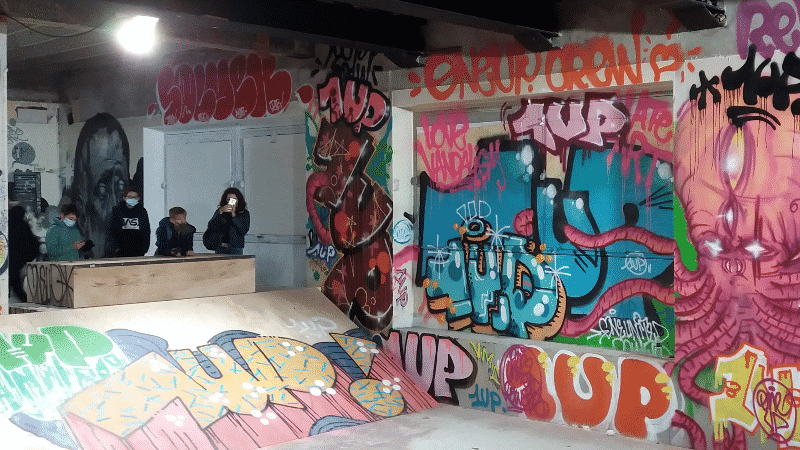 A purpose in this pandemic

The result is very vivid: rich colors and movement on figures however static. But the styles are varied, and every room has its signature. For example, one accounts for a breakdance room while another is a skate park. That way, throughout the visit, numerous artistic universes are represented from which pop culture takes its origins from. The aim of the exposition is to make us “travel through street art history” says Antoine Rablot, co-creator. From tags to graffities to modern frescoes. While at the same time, Zoo Art Show allows today’s pop culture artists to be discovered. “Because entertainment professionals have had it hard” with the pandemic, this issue is even the more important for mr Rablot. 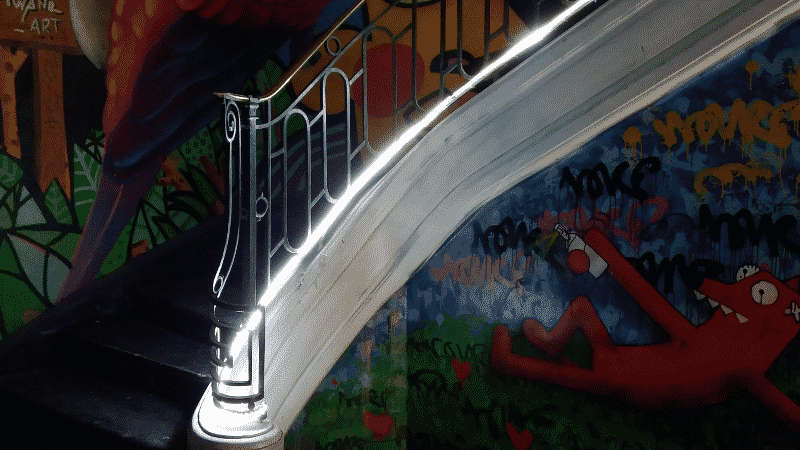 For a new era

One of the professionals, Bboy Lilou, is a prized break-dancer there to perform. Him and crews of dancers climb on stage and hip-up in a neon-lighted atmosphere. The game of lights and sounds definitely sets us in a street vibe that you came to feel. One sensation actually very contrasted with the actual roots of the building. A famous French architect from Lyon, Tony Garnier, was the thinker of the structure. With its white frontage and formal lines, the building is a direct inheritor of the industrial age of the city. An appearance contradicting by all means the symbols it now embodies. A nice or cruel tribute? Maybe his ghost is merry partying with the DJ.

Here is the program delivered by the Zoo Art Show:

Pleasure is also guaranteed by street food selling point: food traboule is open anytime. You have to book your reservation through the site in order to visit Zoo Art Show, due to Covid rules.

If you want to check out the Youtube page of Zoo Art Show XXL for more videos click here.