After 13 years at the Parc de la Tête d’Or in Lyon, Népal and her counterpart Baby became a national attraction and caused outrage when they were set to be euthanized. Népal passed away on Monday morning.

Lyon’s former elephant Népal has died at age 50, in her home on the Roc Agel property of the Royal Family of Monaco.

Népal was one of two elephants to become national stars during their time at the Parc de la Tête d’Or in Lyon’s 6th arrondissement. She died on Monday morning of chronic kidney failure. Caretakers and vets had been treating the disease for a few months. 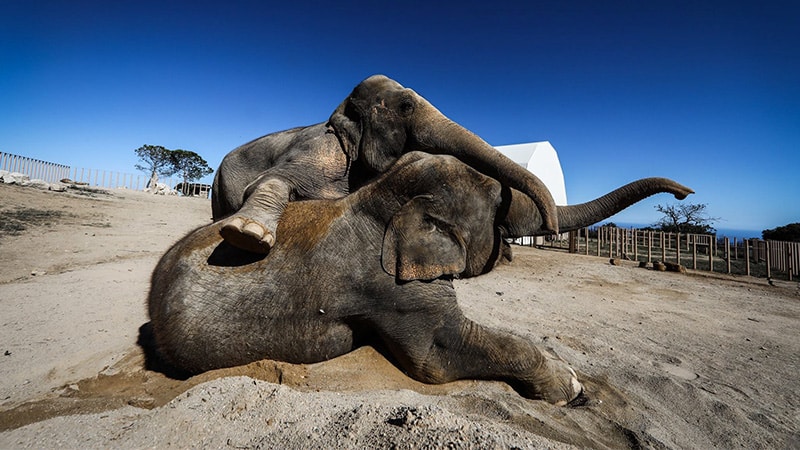 Népal and Baby were Pinders Circus elephants who spent 13 years at Lyon’s park before being taken on by the princess at the Royal Family’s ranch. © Baby and Népal Association

Népal and Baby were longtime Pinders Circus elephants before coming to Lyon’s park to begin their retirement. They quickly became a top attraction at the zoo.

They had been at the park for 13 years when they were set to be euthanized, in December of 2012, due to veterinarian concerns over the possible spread of tuberculosis. Both Baby and Népal were suspected of having the disease, which could have caused harm to the zoo’s other animals and visitors.

The decision to euthanize the two beloved animals was highly contested, particularly by Princess Stéphanie of Monaco. She offered to move them to a ranch owned by the Royal Family, and Népal and Baby left the Parc de la Tête d’Or in July of 2013.

Baby remains on the Mount Agel ranch, a 3,500 square meter swath of land with a large shelter and pool. The Baby and Népal Association raises funds to provide her care.