French artist JR in Lyon to take photos of the lyonnais

On Wednesday, January 11, the artist JR will install his photobooth truck on the Place Bellecour in Lyon to take portraits of the inhabitants. The photos will then be displayed. 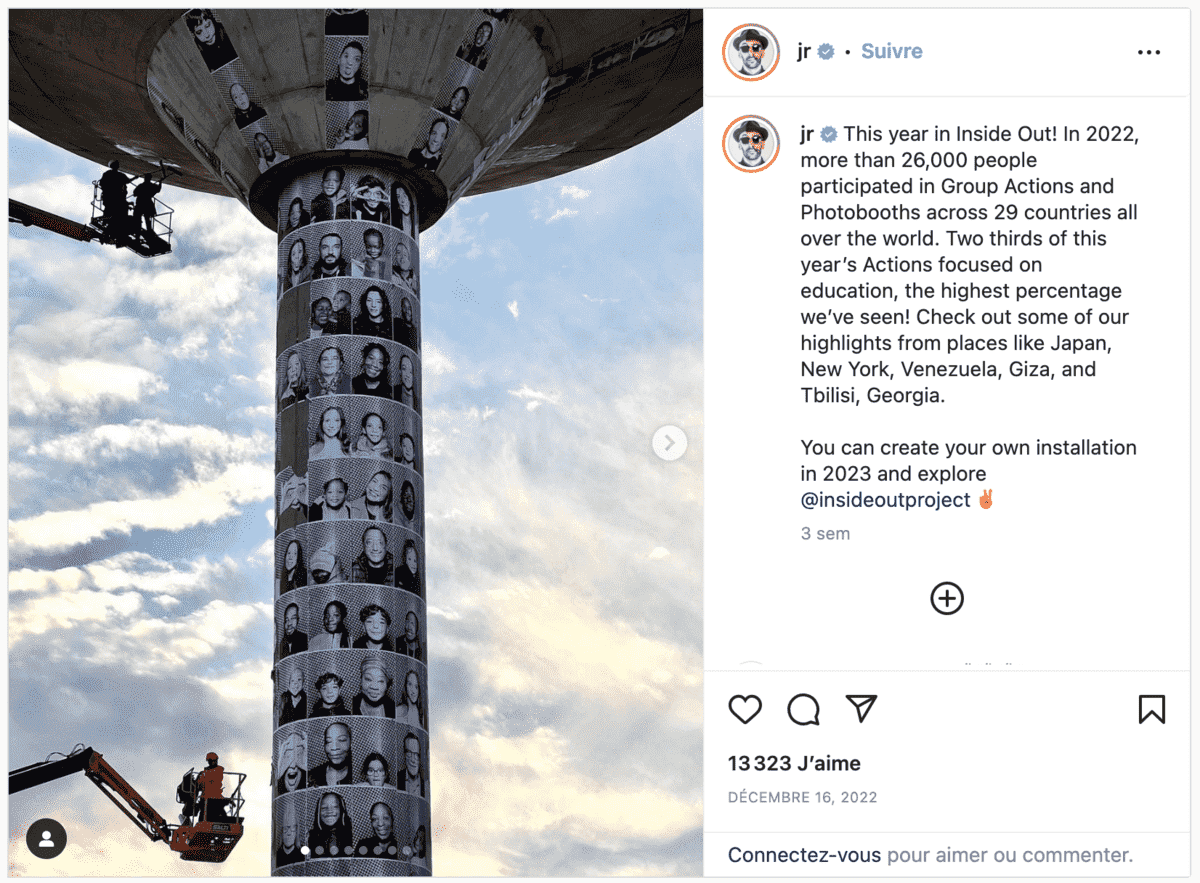 He is one of the most famous French artists. This Wednesday, January 11, 2023, from 12 p.m. to 6 p.m., JR lands on the Place Bellecour in Lyon (Rhône) to draw the portrait of the lyonnais.

JR’s Inside Out trucks in Lyon

His famous photobooth truck, inside which the inhabitants of Lyon will be able to have their picture taken, will be installed at the Bullukian Foundation. The pictures will then be printed in large format and displayed on the facades of the place to form a work of art.

Getting a message across

This action is part of the large international project “Inside Out”, launched by JR himself in 2011.

The goal being “to help individuals and communities around the world to send a message by displaying their portraits in the street (…), to show the true face of immigrant populations” or “to open a dialogue on conflict resolution.”

In total, more than 400,000 portraits have been drawn in nearly 150 different countries such as Japan, Ukraine, India, Kenya and the United States.

In Lyon, this action is carried out in collaboration with the Collège citoyen de France, of which JR is a founding member, in order to honor and meet “committed citizens” who would like to join this new school.