Cultural rebirth: the Transbordeur reopens with an exciting summer 2021 program

The Transbordeur, located 3 boulevard de Stalingrad in Villeurbanne, uncovers its list of events that will rock all summer 2021. After an 18-months wait due to the Covid-19 pandemic, the only thing the site is waiting for is sharing.

Freedom is the new culture

Everyone is excited when it comes to reunite again, and we believe it when we look at the event’s bookings. Especially when emblematic local Djs such as “The Hacker” will perform. So if you want to enjoy a taste of an ancient life full of melodious thrills, you must reserve your spots pretty fast. You can book online on the Transbordeur’s website.

The Transbordeur is uncovered for a better appreciation of the summer temperatures. Due to covid restrictions: a limited gauge, the respect of sanitary barriers, and the use of masks are mandatory. But the positive aspect is that no PCR-tests or Sanitary pass will be asked as the Transbordeur welcomes less than a thousand people in its structure.

Apart from the events themselves, a foodtruck can be spotted for food-cravers or beer lovers. Some of the happenings are specially made for kids to attend. Other events unveil the mysteries of photography for example. A lot of them are made for trans, electro, folk, acoustic, drill, rock lovers: some piece of music for everyone. 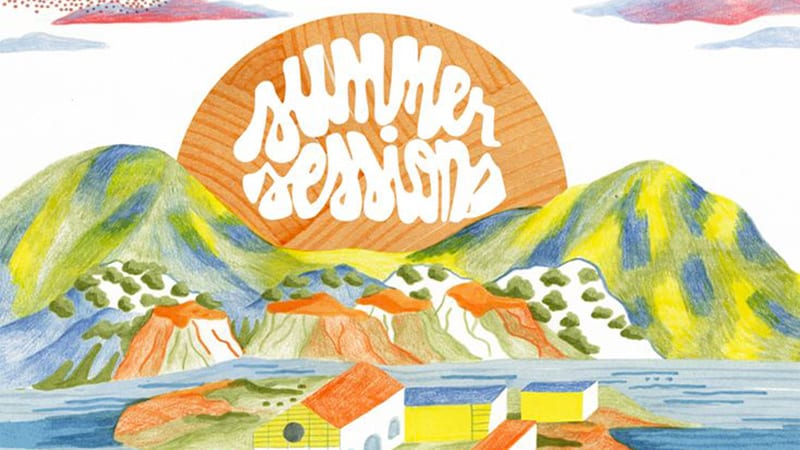 I’m Alicia and I write in This is Lyon as a student in journalism, but also as a French rap fan. So I will be attending Ashe 22 and Kpri’s concert on the 9th of July for sure. I can’t wait to measure the drill experience and see if their fame is equal to the young artists’ talent.  However, this concert is my personal pick, but you can make up your mind with other artists and genres. Here is the Transbordeur’s summer program:

hand’s up: a photographic exposition

Thursday july 1st 2021, 6pm
“Hands Up” is photographic exposition of 30 live photos by Brice Robert. Initially an architectural photographer, Mr.Robert then got fascinated by cultural photography as soon as he started reporting on social events. He tries to always emphasize the graphic specificities of the architecture and capture a living moment. And this, through light effects or physical dynamism.
Do not hesitate: the setting is in the open air and the pictures are in large, colorful formats.

Pat Kalla, Afro artist will open the ceremony with jazzy atmosphere and exciting music. What is better to start a show? He will be presenting his new album l’Hymne à la vie. At his sides are a young French/Brazilian group called simply by their artist names: Páula, Povoa & Jerge. At the end of the evening, if you’re tired, DJ Pedro Bertho will wake you up.

Friday July 2nd 2021, 6pm
10€
In the light of the newly released mixtape “Interzone” of The Hacker, Transboardeur organized this techno/Ebm/Italo Disco gathering to spark up the summer. The project is also shared with another dark disco lover called David Carretta and a Lisa, a young DJ.

Saturday july 3rd 2021, 6pm
7€
Warm up : Gary ka
If you are into trans techno with Moroccan roots, taxi Kebab will deliver at the Transboardeur. After them is Murman Tzuladze, which stands for a franco-georgian trio with the punk twist. They identify themselves in the “new-wave-synth-pop” genre and in the post-Soviet Union world. To close the show finally, local folk songwriter and guitarist Raoul Vignal is going to perform for the sake of his last album release. His music is very much compared to Nick Drake but still grasps his own authentic touch.

Wednesday July 7th 2021, 3pm
7€/ FREE for kids under 12
Remember when Marvin Gaye or the Jackson Five used to walk up the stage of the notorious TV show “soul train” in the seventies? Well Lyon tried to recreate this legendary R’n’B show for everyone to benefit adults and kids. Numerous activities will be presented in the open-air: a DJ set, a line dance for all the participants, a fashion race or a “funk wheel” to gain goodies.

Thursday july 8th 2021, 6pm
7€
Bandit Bandit echoes ganster couples of the sixties such as Bonnie and Clyde. The group delivers retro in charm and spice to a modern public that can’t ignore this warm atmosphere. Bandit Bandit will introduce “les plus beaux matins”, an ode to morning declarations melted with dancing pop music.

Friday july 9th 2021, 6pm
22,80€ to 25€
Both members of rapper’s collective Lyonzon, Ashe 22 and Kpri are going to perform Drill in front of their new fan base. Ashe 22 is actually delivering his first solo concert following is mixtape release ASHE TAPE VOL.3. His drill is described as calm and dark. The other rapper kpri is 19 and likes brutal instrumentation, very typical of Lyonzon’s vibe. This young artist knows a positive turn in notoriety and is very productive: he already released multiple mixtapes.

Saturday July 10th 2021, 5pm
10€
Martin Nathan is one of the founders of the French Dub scene and became a real pioneer of the genre. His artistic name is “Brain Damage”. The Transbordeur scene is a perfect mean of publicity for his new album: “Beyond The Blue/ Brain Damage meets Big Youth”. In the same art, Alpha Steppa will bring the United Kingdom to the recipe and Nai-Jah a piece of Lyon.

Tuesday July 13th 2021, 6pm
7€
Here comes rock’n’roll. Four students are behind Johnny mafia which is experiencing a boost in its fame. Rock amateurs love Johnny mafia as much as French bikers love Johnny Halliday. The young artists were inspired by major specialists like Pixies and Breeders. Come listen to their new creations.

Another type of rock, lighter and vintage, will be introduced by local band Ponta Preta. Surf melodies match the summer mood. Even though Covid complicated a lot professional perspectives for musicians, Ponta Preta managed to release their first album last spring.

Here are a few previews to show you the moods: