The majority of typically Lyonnais restaurants, where you sit down and tuck into a braised calf’s head (tête de veau), crispy beef tripe (tablier de sapeur) or a mustard-coated andouillette, are to be found in the city centre (Presqu’île) or in Vieux-Lyon.

A new generation of chefs have opened up modern bouchons, on the fringes of the tourist trail. Here are a few must-eats from This is Lyon…

Fair enough, they may have the all-too-traditional checked tablecloths, but here, they’re black and white. So they tone in nicely with the orange walls. Those who run the restaurant l’Art et la Manière (Bib Gourmand in the Michelin Guide) on the Grande rue de la Guillotière (7th district), have opened up another one next door. Les Bonnes Manières is a modern bouchon in terms of décor, but classic in terms of dish. 100 % Lyonnais and cooked to perfection. 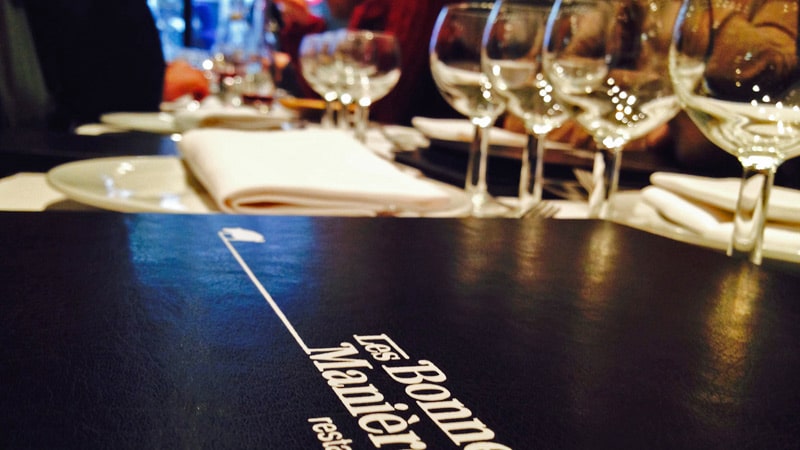 >> 4 Good restaurants to book before going to Lyon.

This is the only bouchon which has been awarded a Bib Gourmand in the Michelin Guide. Joseph Viola, meilleur ouvrier de France 2004 (Best Craftsman of France 2004), has dared to elevate Lyon cuisine to the ranks of the refined when taking on Danielle et Denise ten years ago, a stone’s throw from the indoor market Les Halles. People come for the famous pâté en croûte, World Champion in 2009, or the crayfish omelette du curé. Job well done for this president of the Lyonnnais Bouchons Association as he’s opened two others in Saint-Jean and the Croix-Rousse.

Julien Gautier, chef of the well-reputed M Restaurant on avenue Foch (Bib Gourmand in the Michelin Guide), has seized on the departure of next-door neighbour, Olivier Canal (Les Oliviers), and set up Le Bouchon Sully at the beginning of October 2014. A classic Lyonnais menu is unveiled inside (chicken liver cake, herrings with apples, free-range chicken in vinegar, quenelle (dumpling) with a Nantua sauce) but equally the vol-au-vent, a dish which has tended to vanish from restaurants these past few years. 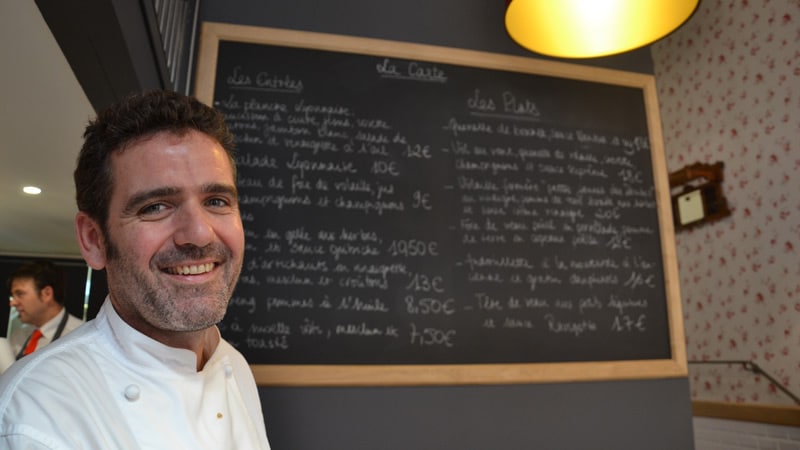 “A veritable Lyonnais bouchon, far from the tourist areas” brags the P’tit Bouchon flyer. Right next to the Bourse du Travail (Labour Exchange Office), this restaurant can seat 25 and was given a new lease of life in 2013 when Saloua Cherkaoui took the helm. After 10 years in Marketing, his culinary passion made him change career paths. He passed his CAP (a national cooking course) and fell in love with all food “made in Lyon” during his work at the reputed bouchon, Comptoir Brunet. He and his team concoct a home-made and generous type of cuisine, in-keeping with the mères lyonnaises, and believes in respecting tradition, even if they avoid making the chicken too vinegary so as not to scare off tourists.

Mères lyonnaises: Mid-18th century women who gave birth to Lyon’s current culinary reputation. These women of modest mean were initially cooks in large middle-class households in Lyon, but they decided to start their own businesses, serving dishes that combined homemade and traditional cuisine.

Running the Café du peintre since 2009 is Florence Perier in the kitchen and her son Maxime out front. They’ve managed to turn this former bistrot into a very much loved bouchon for the aficionados of simple pleasures and residents of the affluent Brotteaux district. This restaurant also keeps up the tradition of the maçhon*, every morning from 9am to 10am. 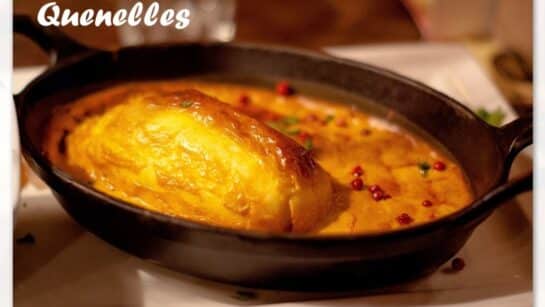