The Musée des Confluences is bringing the work of photographer Charles Fréger to the museum for a temporary exhibit starting July 7.

“Yokainoshima, esprits du Japon” focuses on the link between the spiritually-inspired photos of Fréger and the museum’s wider Japanese collection to delve into Japanese belief systems from their base to their manifestations in today’s world. 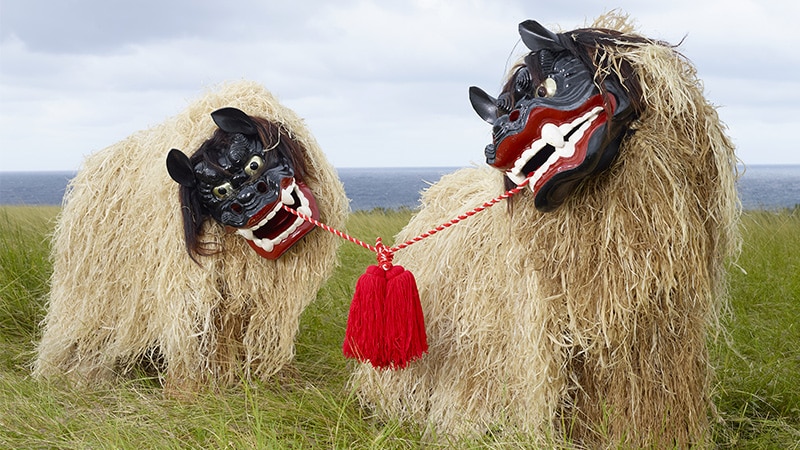 Fréger’s contemporary “Yokainoshima” photos depict the Japanese culture surrounding its deities and supernatural beings, who are often honored by and called upon during masked rites and rituals. These practices are still prevalent in rural areas of Japan.

Fréger traveled across the countryside to understand the customs that define life in these villages, taking five trips to accurately capture the range of this longstanding belief system. Through the embodiment of ghosts, monsters, ogres, goblins, and other mythical and spiritual beings, believers use festivals and ceremonies to create meaning and sense in the natural events of the world.

Japanese culture has from ancient times been filled with stories of divinities, monsters, and spirits, a tradition that can be seen even today in current cultural activities like manga and cosplay. The exhibition seeks to honor that, representing the impact these traditions have had on the present-day world. These masks from the late 20th century represent Okame and Hyottoko, an emblematic comedic couple of Matsuri festivals, included in the Confluences exhibition. © Olivier Desart

From the kami and the yôkaï of customary folklore to modern-day interpretations, “Yokainoshima, esprits du Japon” takes visitors into the spiritual realm of Shintô and buddhist religions. Both good and bad spirits abound, defining the ebb and flow of the visible world with their connections to the elements.

The exhibition includes 80 of Fréger’s photographs alongside pieces from the museum’s permanent Japanese collection, including religious statues, masks, and costumes.

Combined, Fréger’s photographs and the museum’s paintings present an expansive view into the world of Japan’s ancient cultures and beliefs, from the foundations of Japanese spirituality all the way to its manifestations in modern time.