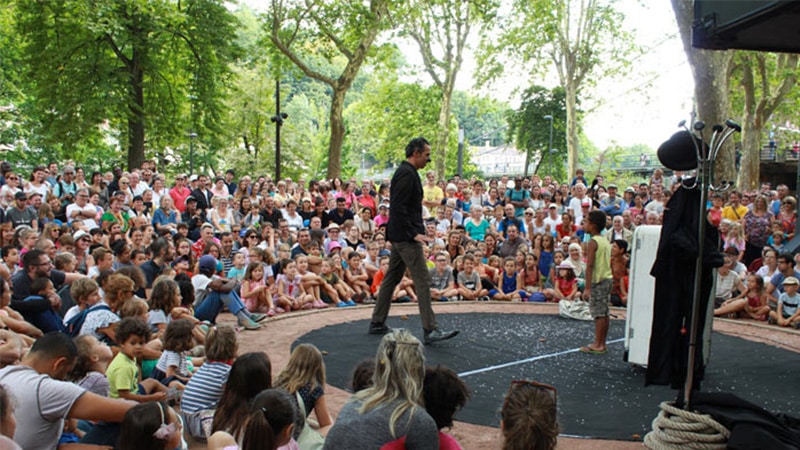 Come Down to Lyon 9 in July

The performances of Les Dimanches de l’Île Barbe will take place on a small island in the middle of the Saône. This part of Lyon 9 isn’t always on the top of visitors’ lists, but the Ile Barbe has plenty to offer.

Its main site is its 5th century abbey, which was the first monastic establishment in the Lyonnaise region. Despite it being an island in the middle of the Saône river its not that hard to get to thanks to the bridge built in 1827, linking the island to the right and left bank of the Saône river.

Theatre on the Ile Barbe

Lyon’s Dimanches de l’Île Barbe are the perfect chance to explore the island, whilst watching several performances, from 35 artists and 9 free shows. The events take place on the 7th July, 14th July and 21st July from 3pm-8pm.

Following theatrical performances during the day, the evenings will be dedicated to music – from classical to jazz performances.

Head down to the Ile Barbe for a picnic on this beautiful and historical island, then stick around for the music in the evenings!

The events are free of charge.