Lyon’s 7th arrondissement will be hosting la Peinture Fraiche, a festival that celebrates street art, from 2nd to 12th May 2019. 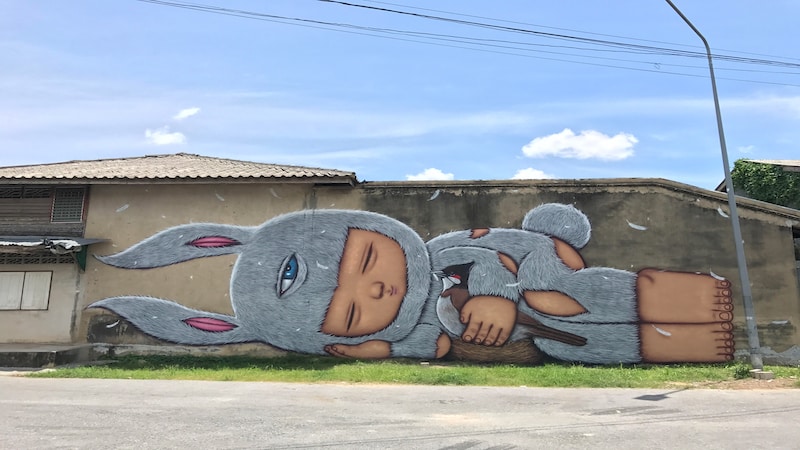 Many international street artists will come to Lyon for the festival, including Thai artist Alex Face, who created this work.

When you hear street art, you think ‘graffiti’. And you’d be right, but there’s a lot more to street art than just graffiti. La Peinture Fraiche will celebrate all its forms, from digital displays, to live painting, and frescoes.

The festival will last 10 days, over the course of which, there will be several workshops and live art shows, along with a bookshop and pop-up shop. On the Fridays and Saturdays, the festival will keep the doors of la Halle Debourg open until 10pm, where the festival will take place, in the 7th arrondissement. Such nights are especially designated music nights with various acts performing.

50% of the artists invited to the festival originate from Lyon and the surrounding area. La Peinture Fraiche wants to act as a springboard for these artists, allowing them to reach an international audience.

Lyon is the perfect place to host a street art festival. In fact, the city has been known for its famous painted walls: one wall’s paintings in Croix-Rousse date from 1987, the art on the Musée Urbain Tony Garnier originate from 1989, and the Joost Swarte fresco in the 9th was created in 1984.

Get Involved with Workshops

There are plenty of workshops you can get involved with. Workshops include:

This is Lyon’s Pick of the Artists

Satr, from Guangzhou in China, only uses four colours in her art – white, black, grey and red. When she comes to the festival, Satr will be in charge of painting the outside of the Halle Debourg. Satr specialises in painting animals, often inspired from her past. 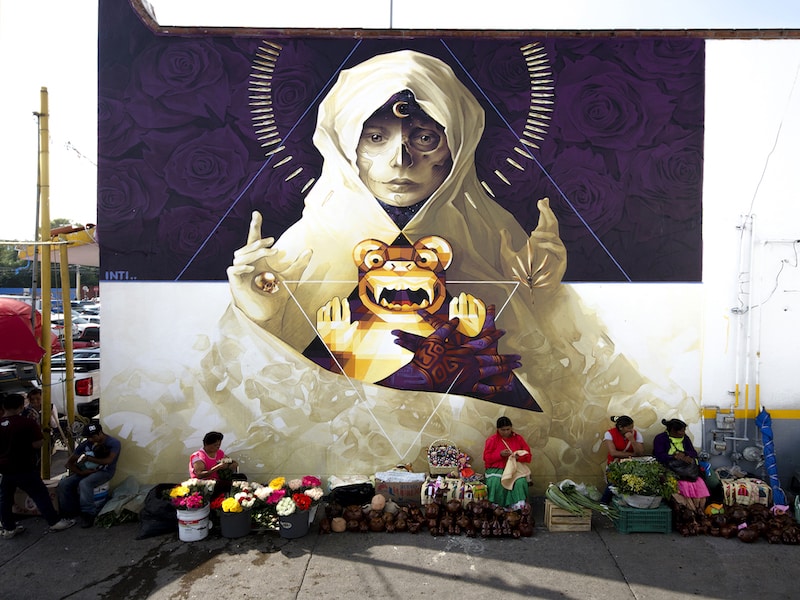 Inti is one of the best-known muralists due to the sheer size of her creations. 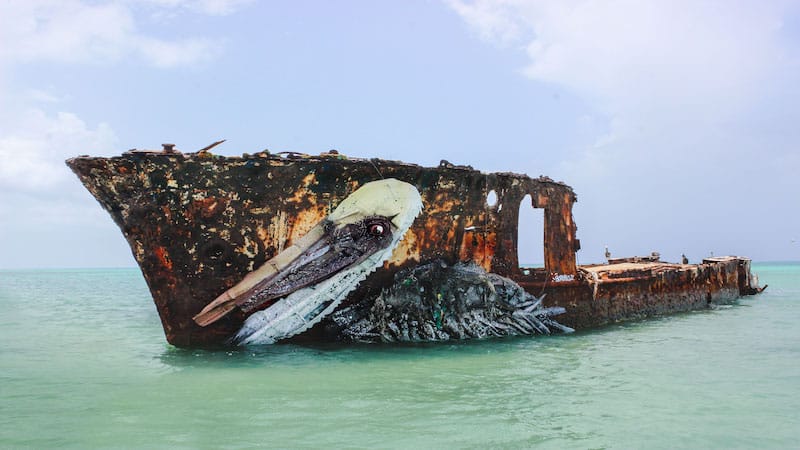 The street artist Bordalo II uses his art to express his anger at humans’ wastefulness.

Bordalo II has created a buzz across the world of street art due to his use of rubbish to create incredible, and often brightly coloured, sculptures on walls. His message? That humans produce an astronomic quantity of rubbish.

Street artists from the English-speaking world haven’t been forgotten either. Fin Dac, from Ireland, mixes stencils with a pop art style.

He has painted Geishas (Japanese hostesses), who are often naked, tattooed, and in black and white, all around the world.

Fin Dac now lives in London, where he manages an art galerie in Soho called Beautiful Crimes. Fin Dac has worked on many projects, from the 2012 Olympic Games to projects from brands such as Armani.

Entry into the Halle Debourg costs 4€, or is free for under 12s.