The 7th arrondissement of Lyon, from universities to the great outdoors

The 7th arrondissement started as a subset of the 3rd, but has grown into a bustling center for students and young adults alike, full of restaurants, cafés, schools, parks, and more.

The 7th arrondissement of Lyon is one of the city’s younger districts, at least in name, officially created in 1912. But it’s roots go back to the beginnings of Guillotière as the only crossing point across the Rhône, and it has been growing in reputation ever since.

Full of universities and schools, scientific industries and hospitals, and parks and pools, the 7th arrondissements offer a whole spectrum of activities and interests for its residents. It is an affordable part of the city, but still within walking distance of the center.

With its diverse subdistricts and new shops and restaurants popping up all the time, the 7th has hit its stride as one of Lyon’s up-and-coming neighborhoods. 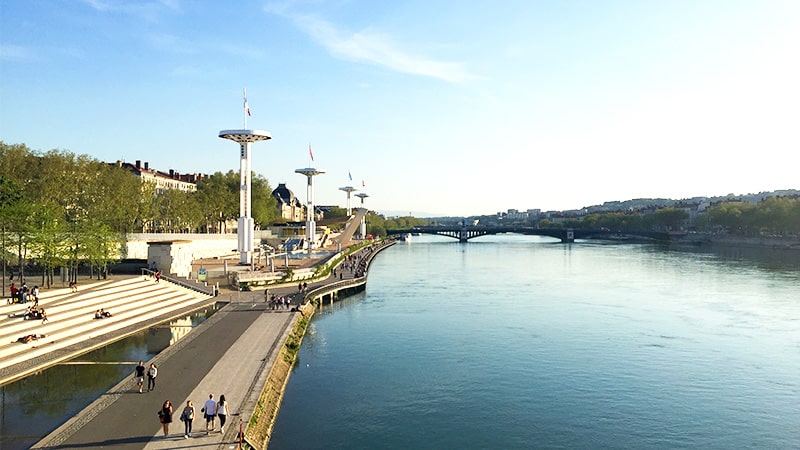 Lyon’s 7th district begins along the Berges du Rhône near Guillotière and continues down the river to Gerland. © Careri

Where is the 7th arrondissement of Lyon?

The seventh arrondissement of Lyon is located in the southeastern part of the city, on the right bank of the Rhône river. It begins in the north along Cours Gambetta, and runs down to the south past Confluence across the river, to the tip of Gerland.

The quarter’s eastern border is formed by Parc Blandan, while to the west the district runs along the edge of the Rhône.

It is bordered by the 3rd arrondissement to the north and the 8th arrondissement to the east. The northern border runs along the D-line metro at the stops Guillotière, Saxe-Gambetta, and Garibaldi. Meanwhile T1 runs through the district in Guillotière and in the south at Gerland. T2 cuts horizontally across the district, through the Jean Macé area.

The Jean Macé train station is one of Lyon’s local hubs, with trains headed to destinations in the surrounding areas of France. 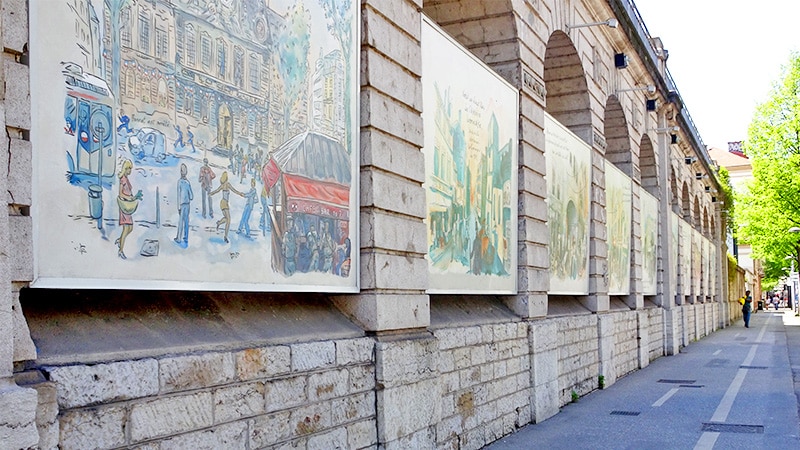 Images of Lyon run along the Jean Macé train station, a hub for local trains. © Careri

The history of Lyon 7

Lyon’s 7th district was first created in 1912, when the sprawling 3rd district was split into two. The southern section became the 7th district, which was then split again to create the 8th arrondissement in 1959.

The seventh arrondissement is the largest in Lyon, home to over 80,000 people. Made up of the subdistricts of Guillotière, Gerland, and Jean Macé, it has a reputation as a student and scientific hub thanks to the many universities and industrial companies in the area, as well as the hospital center Saint Joseph-Saint Luc.

The district contains the southern part of Guillotière, known as one of the most diverse neighborhoods in the city. This is also the oldest part of the district. The bridge across the Rhône at this junction was at one point the only bridge to the east, making Guillotière a popular resting place for immigrants and travelers.

Gerland, meanwhile, used to be a swampland before being industrialized in the 20th century. It became a stronghold for the chemical and food industries in Lyon, and is a quarter known for the architecture of Tony Garnier.

The 7th arrondissement has been the main area in the city for universities and schools since the end of the 19th century. It is home to faculties in science, literature, languages, medicine, and law, and continues to be a popular area for students at these schools. 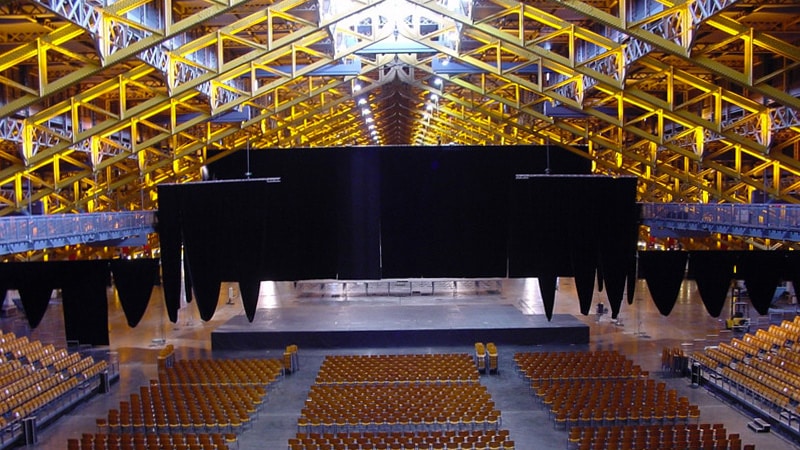 The Halle Tony Garnier is a main attraction of the Gerland subdistrict and is Lyon’s biggest music venue. © Brice Genevois

Where to live in Lyon 7

The three main subdistricts of the seventh arrondissement are Guillotière, Jean Macé, and Gerland. The southern part of Guillotière falls in the northern part of the 7th and is well-known for its many ethnic restaurants and supermarkets.

Jean Macé includes the area around the Jean Macé square and the train station, near the Universités Lyon 2 and 3 on the banks of the Rhône.

Gerland makes up the district in the south, around the Stade de Gerland and Parc de Gerland.

The 7th arrondissement is characterized by reasonable housing prices, on average €3,900 per square meter when buying. Rent prices are generally low, making it a popular place for students and young adults. It has a reputation as a young and lively area of town, within walking distance of the city center.

What to see in Lyon 7

The defining feature of the 7th district in the west are the Berges du Rhône, a swath of walking and biking paths stretching all along the right bank of the Rhône.

At the top of the district is the Piscine du Rhône, an outdoor swimming center along the Rhône made up of two pools. During the winter only the lap pool is open, but in the summer the second pool offers water fountains and slides for lots of hot weather fun.

On the other side of the arrondissement is Parc Blandan, a large park with walking paths, a wood fort with giant slides, and a skatepark.

The Jean Macé area is marked by the second and third of Lyon’s three public universities, with campuses along the Rhône, and the giant Citroën building that can be seen across the river on the Presqu’île. Citroën was one of the many car manufacturers that used to have factories in Lyon, and the garage is listed as a historical monument. 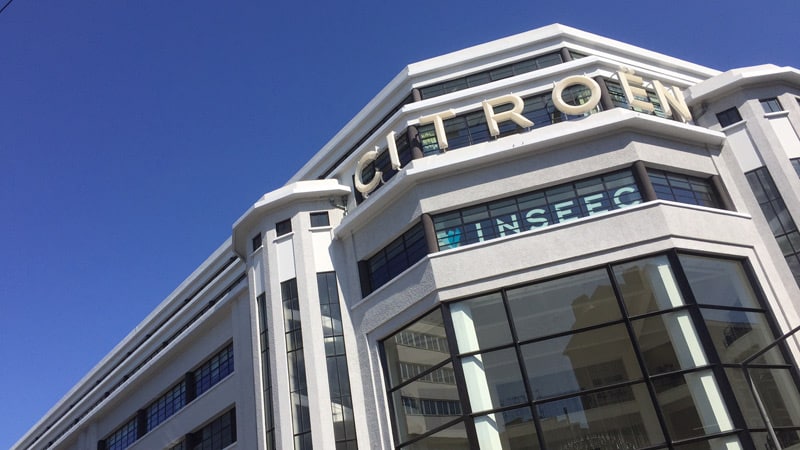 The old Citroën garage is a historical monument that dominates the riverside area of the upper 7th. © Crouzet

The Halle Tony-Garnier is one of Lyon’s most popular music venues, a massive open concert hall with enough space for 17,000 people.

The Parc de Gerland is a 200-acre park including bike trails, open fields, and gardens. The House of Flowers offers exhibitions and classes, and the park’s skatepark offers 1500 square meters of space for boarding, rollerblading, and BMX.

Also in the area is the Palais des Sports, home to the ASUL Lyon Volleyball team and tons of sporting and cultural events including basketball, handball, tennis, boxing and more.

What to do in Lyon 7

Lyon’s 7th district is ever-growing, thanks to its popularity with the young adult and student crowd. Along Rue Chevreul below the universities, restaurants line the street offering everything from Korean to pizza and everything in between. Try the Kitchen Café for delicious pastries and Against the Grain for vegetarian and vegan options.

Below Jean Macé, try a rock climbing session (bouldering or ropes!) with Climb Up Lyon or test out CrossFit with CrossFit Gerland. Gerland is also home to the city’s biggest Ninkasi, which hosts tons of concerts on its two stages.

In the warmer months, head to the pool, Parc Blandan, or Parc de Gerland to get outside and active. 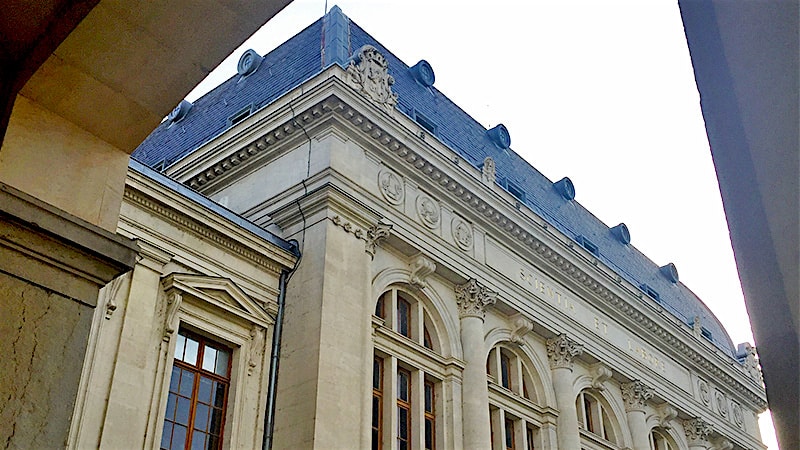 The 7th district is known for its many universities and schools, including Lyon 2 along the Berges du Rhône. © Careri

In need of a print shop? Corep has two stores near the universities, with cheap prices for printing, scanning, copying, and any other print service you need.

The 7th arrondissement is also home to one of the city’s Emmaüs stores. Emmaüs is a charitable organization that collects donations of home goods and clothes. They also have a store section, so whether you’re donating, in the market, or both, you can find some good deals here. 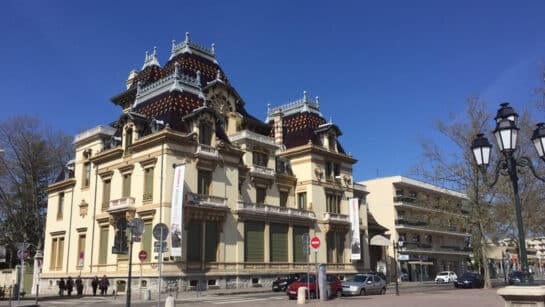 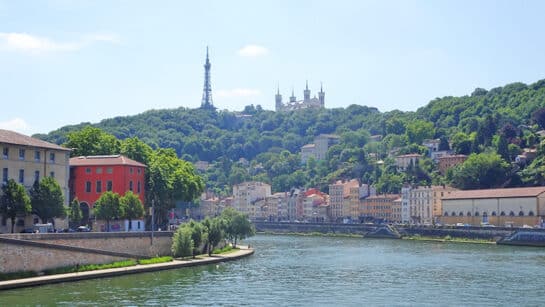