Business and Pleasure in Lyon 1

The 1er arrondissement of Lyon includes the Place des Terreaux and Hôtel de Ville, or City Hall. Its bars and pubs make it one of the liveliest parts of the city.

The first arrondissement of Lyon is the city’s most quintessential district. Alongside the second arrondissement, which stretches out just below it, it is home to some of the most classic French architecture in the city and also some of its most important landscapes. 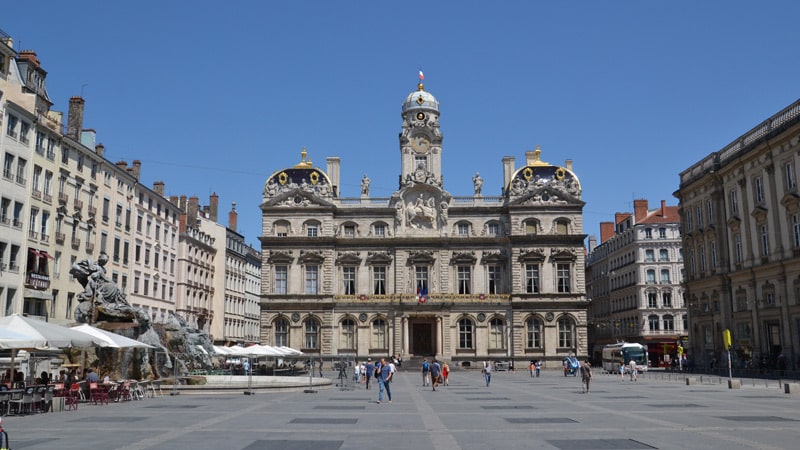 Staying Within the Lines

The top border of the neighborhood is at Croix-Rousse. Locals joke that there’s an invisible wall at the top of the hill where the plateau divides into the first and fourth arrondissements. If you live in front of the City Hall (133 Boulevard de la Croix-Rousse) towards the famous “Pentes,” you live in the 1st. Anywhere behind the Mairie du 4ème and you’re officially a Croix-Roussien(ne).

From the invisible wall, the district extends down the “Pentes de la Croix-Rousse,” or the slopes leading down the hill into the city center. This particular area around the metro station Croix-Paquet and the Montée de la Grande Côte, is infamous for its many stairs, and famous for its many cafés and locally-owned boutiques and specialty shops. 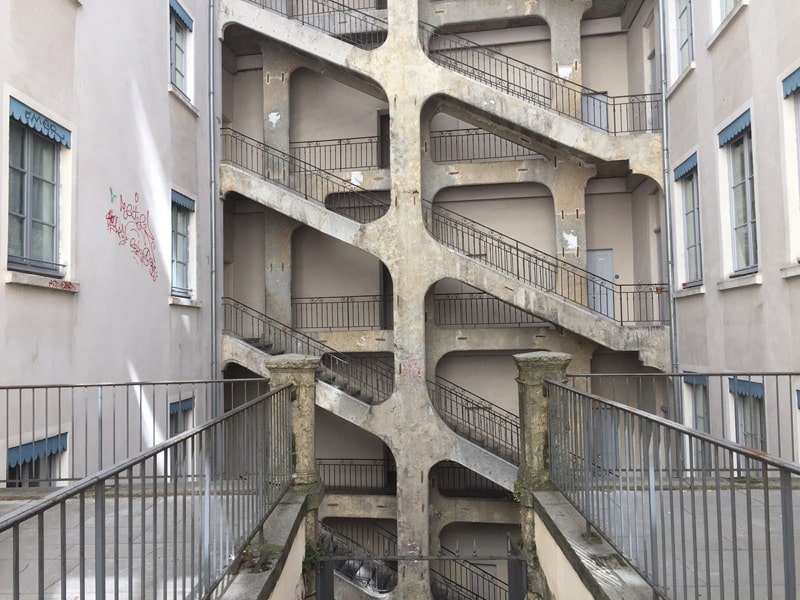 Down the “Pentes” is the grand Place des Terreaux, along with some of the most famous places in all of Lyon: Hôtel de Ville, the opera house, and the Musée des Beaux-Arts. Once a huge bog, the Place des Terreaux is now a popular meeting place for pretty much everyone in the city. In the spring and summer months, the square is crowded with umbrella-covered tables and Lyonnais grabbing drinks after work at one of the many bars.

In the winter season, the square is transformed into a Fête des Lumières wonder, with light shows projected onto the ornate buildings surrounding it. It is also home to the 130-year-old Fontaine Bartholdi, created by Statue of Liberty sculptor Frédéric August Bartholdi.

Government and Nightlife, All in One Place

The Musée des Beaux-Arts is a fine arts museum housed in a 17th-century abbey building that sits on the south side of the square. To the east is Lyon’s Hôtel de Ville, or city hall, and tucked behind the buildings to the north is the rowdy Rue St. Catherine.

Though the 1st arrondissement is one of Lyon’s most traditional neighborhoods it’s also one of the most festive and noisy, at least where nightlife is concerned. Rue St. Catherine is where a lot of this partying goes down, in the many pubs and clubs lining the street.

In addition to the traditional bar scene, the first arrondissement is also the place to go for more alternative nightlife at bars and music venues like Absinthe (22 Rue de Flesselles) and Kraspek (20 Montée Saint-Sébastien). 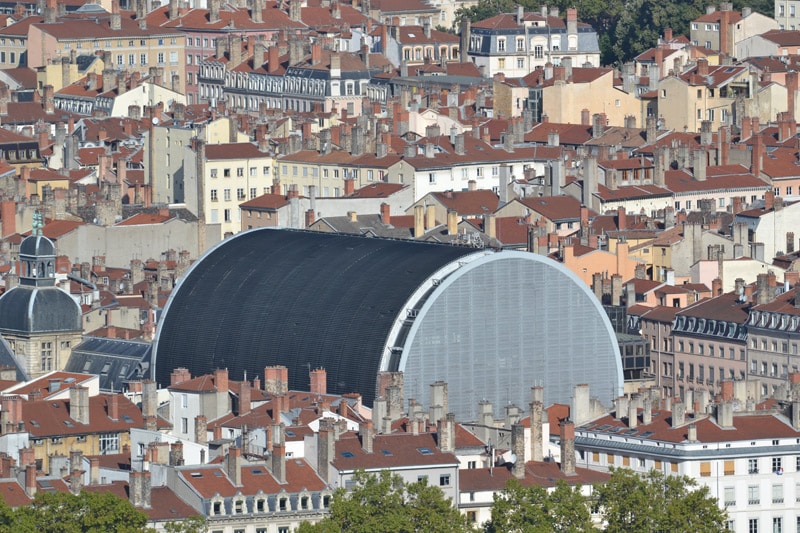 On the other side of Hôtel de Ville is yet another Lyon landmark, the Lyon National Opera. Topped by a gigantic dome that serves as a rehearsal space, the opera was nicknamed “the toaster” shortly after it was rebuilt in 1993, continuing the list of strange and often food-related nicknames the Lyonnais give their monuments.

The first district of Lyon is the densest neighborhood in all of Europe, thanks in part to the typical “canut” apartments found in the area. The Canuts (pronounced like canoe) were the 19th-century silk-workers of Lyon.

Because the buildings had to fit the equipment, canut apartments feature large windows and high ceilings, today often thought of as the ultimate French apartment.

The Canuts are also responsible for many of the traboules, or covered passageways, that link the streets in this area. The silk-workers used the tunnels to transport their goods through the city. These traboules are one of Lyon’s most unique features and many are open to the public, like the impressive, six-story Cour des Voraces (9 Place Colbert).

The southern border of the 1st arrondissement extends down to the St. Nizier, a gorgeous Gothic-style church that begins Lyon’s second district.