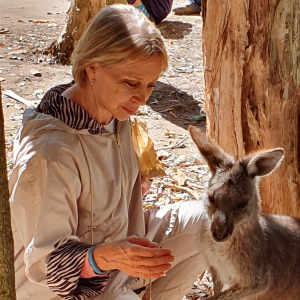 Diane Sklar is a lecturer in Technology and Business English at public and private post bac schools.  After a career as a software product manager in the US and England, she was drawn to Lyon where her brother has lived happily for 30 years.  Diane is a native of New York City and has lived in Los Angeles and London.  Lyon is the smallest city where she has put down roots and she appreciates its intimacy.  She loves running into friends as she walks all over the city.  Diane was a founding member of the Democrats Abroad Lyon Chapter in 2016.

The time has come for Democrats in Lyon and all over the world to choose the candidate who will carry us on a blue wave to the White House and Senate.