The organisers of the Festival of Lights this year are expecting a “huge success” for Place des Terreaux (one of the main squares in central Lyon).

The illumination on the front of the city hall and Saint-Pierre museum is always high up on the list of must-sees. But you’re going to have to be patient if you want to get there. A young scenographer and pyrotechnist Joseph Couturier is in charge of the 2016 edition, creator of Pierrot le fou, a performance in 2013 in Bellecour square. 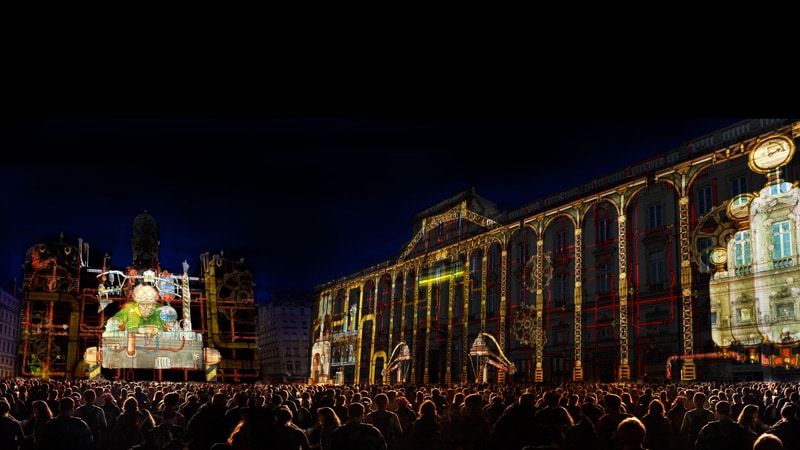 This year, he’s chosen a contemporary theme – the climate and its repercussions. Sans dessus dessous (upside down) tells the story of a mad professor whose job it is to control the climate. When an owl plummets the machine off-course, the spectator travels through a world and discovers the destruction that ensued. A 9-minute and 40 second performance, equipped with entertainment and light.

It’s a very ‘manga’ kind of world, close to comics and cartoons

Gilles Flouret, in charge of performances

Walk around this rather majestic 17th century building and discover its courtyard where Platonium can be found – a massive chandelier made of optical fibre, created thanks to university staff at the CNRS, a national scientific research institute. Around forty researchers have been working with artist Eric Michel, specialist in fluorescent light displays. 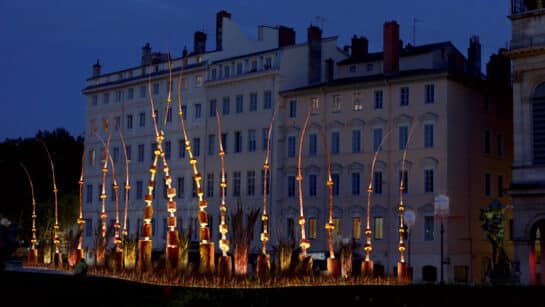 A forest of light, Place Pradel

Next to the Opera and City Hall, place Louis-Pradel takes on a vegetal appearance this year with Arboré’lum. 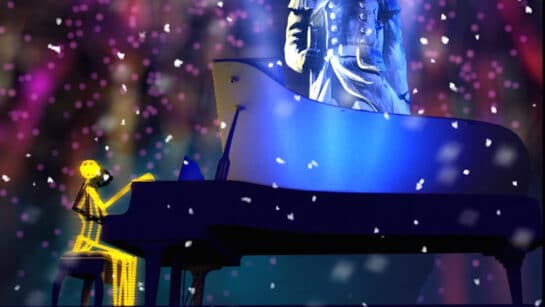 In 2014, place Sathonay (pronounced sat-o-nay), in the 1st district, looked like a dancefloor.