Home » We are Lyon » Moving away from Lyon: Two Suitcases, 100 Pounds

Published: 2017/08/11
A year ago I was standing in my bedroom in the United States deciding what I wanted to bring with me to Lyon. Now I’m heading back, and the decision is even harder.

Vacuum-packed in a space bag it weighs ten pounds.

Squished into a suitcase in that space bag it still weighs ten pounds.

I had two suitcases, a 100-pound limit, and 110 pounds of stuff. Still, I brought the comforter.

“I crammed my life into two sunflower-yellow suitcases”

Until 12 months ago, I had never moved. I had lived in the same house my whole life and going to university consisted of chucking my belongings into my car and driving two hours away. 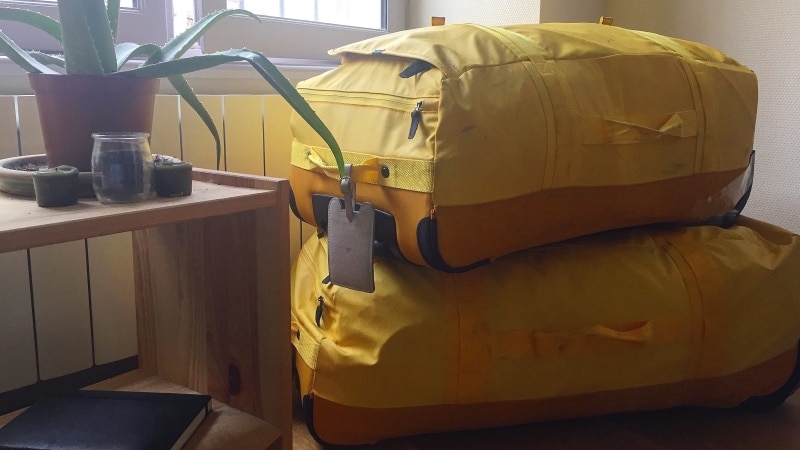 But a year ago, as I prepared for my year abroad in Lyon, I crammed my life into two sunflower-yellow suitcases, each with a weight limit of 50 pounds. And for some reason, I couldn’t let go of the comforter.

My comforter is white, but the duvet cover is a print of faded green and gray blue vines. As I faced the prospect of a solo trip to a city I had never been to, taking this item of, as the name suggests, comfort, became my utmost priority. It never occurred to me to just take the duvet cover off.

So here I am, 12 months later, sitting on top of yet another vacuum-packed space bag that’s refusing to join its friends in the suitcase, wondering why I even bother owning things. It turns out that getting all my stuff back to the United States is going to be an even bigger challenge than getting it here.

And so begins the internal monologue:

Or maybe not. So I take everything out and start over, again and again.

“Maybe eleven pairs of shoes is too many”

I have eleven pairs of shoes, and no, this is not excessive. I have black boots, brown boots, heeled boots, and rain boots. I have grey booties, white trainers, running sneakers and rock climbing shoes.

I have brown Birkenstocks, brown sandals, and a pair of sandals I stole from a friend than might be gold but might be green and are footwear’s answer to the infamous “dress.” Each of these pairs serves a purpose. 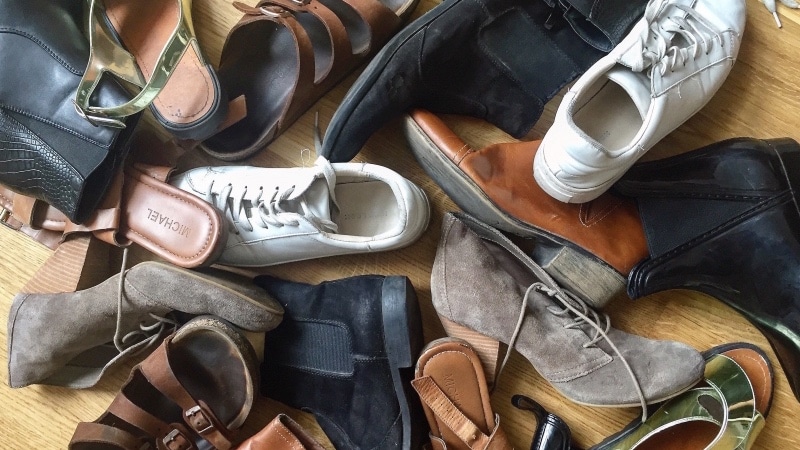 I need at least one shoe for every occasion and may the shoe gods strike down anyone that dares say otherwise. Brown Birkenstocks are not a synonym for brown sandals, and I can’t believe you would even suggest that heeled boots are the same thing as heeled booties.

Who do you think you are? Okay, okay. Maybe eleven pairs of shoes is too many. I guess, if I must, if I have to, if the regulations of airplane travel absolutely must be upheld, I can let go of the rock climbing shoes. I guess.

How to choose a wine to bring back as a souvenir from Lyon?

My parents have never been to Lyon. When I asked my mom what she wanted me to bring them as a souvenir, she asked me, “What’s special to the area?” and the first answer that her barely 21-year-old daughter came up with was, “Wine?”

Luckily, the folks at Vins Nature Lyon in the first arrondissement know a lot more than I do. The wine seller asked me what price range I wanted to be in, and being unable to give her anything more than a “pas trop cher” she suggested between €15 and €20.

She showed me a few bottles from different areas of the Rhone region and of varying percentages of Syrah grapes. She explained which ones were high in tannins and what kind of aromas could be expected out of each of them.

I admittedly understood very little of what she was saying, but she seemed to know what she was talking about. I eventually settled on a Terres Jaunes 2015 for its balance of flavors, though by now I can’t remember what that’s supposed to be.

My parents are about to find out, and if it’s horrible, I claim innocence. I know nothing about wine. The wine stays in the suitcase.

I do not wear lipstick. I have never worn lipstick because, quite frankly, it’s just too much work. Nevertheless, I brought four lipsticks to Lyon, including a $40 Yves Saint Laurent Rouge Pur Couture.

At some point in my past I must have had way more money than a teenager should ever have. I also have four foundations, three eyeshadows, and nine nail polishes. I wear precisely one of those foundations, maybe once a month. 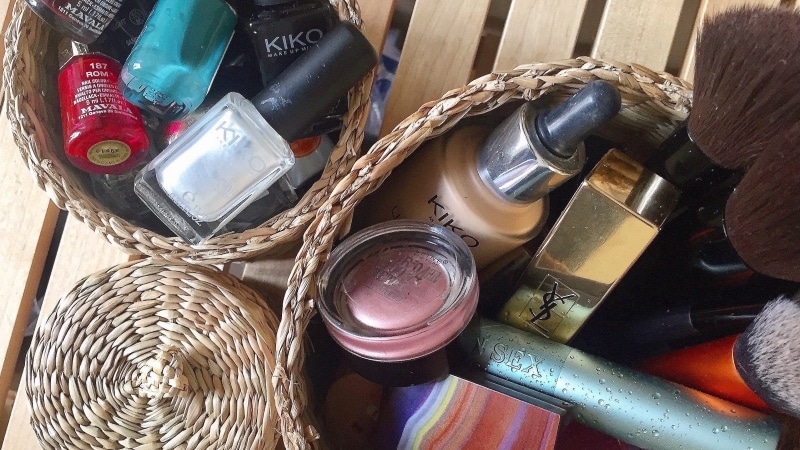 I think I’ve used the eyeshadows a total of three times throughout the entire year. As for the lipsticks, I can definitively state I have worn one of them, once. But I can’t get rid of them. I don’t know what it is about makeup, but after spending so much time and money getting the right color and the right brand and the right composition, I can’t just toss it away.

I know I have an entire collection of makeup items waiting for me on the other side of the Atlantic Ocean. I haven’t used or missed them in a year. Will I get rid of them? Nope. I can let go of three foundations, two eyeshadows, and three nail polishes.

I’m keeping the lipsticks. I don’t know why. Shoes, wine, and makeup. Ten pounds of my allotted 100 already accounted for. And with the comforter, another ten. It seems I’ll be getting rid of a significant chunk of my winter wardrobe because, as it happens, sweaters are heavy. But that’s okay.

Who needs sweaters in Massachusetts anyway? It’s not like it snows, much. I’ve packed and repacked five times. I’m tossing all my toiletries and donating two grocery bags full of clothes. I re-weigh my suitcases every time I put something in them.

And after all this packing, sorting, and repacking, I feel like I’ve lost ten pounds. If only I could wrap myself in the comforter and take it as a carry-on.

Lost in Lyon: Bonjour, Bonsoir and Everything In-Between

Halfway across the world in Sydney, Australia, lies my little home… but here in Lyon lies my heart! I’m Celeste, a 21-year old student studying at Lyon Lumiere II for 2017, and I enjoy making cheesy jokes (see above) and eating cheesy bread. ‘Lost in Lyon’ details my fails at French and my adventures from […]

Lyon, a city of peace, love and understanding.

Hi, I’m Simon, I grew up in Yorkshire, England before embarking on a life of a wandering singing troubadour across lands far and wide before laying my hat in Lyon 10 years ago to write my book “How to almost make a living as a musician”. I’ll be your friendly guide bringing you sound advice […]