Home » We are Lyon » Anger Wears A Balaclava 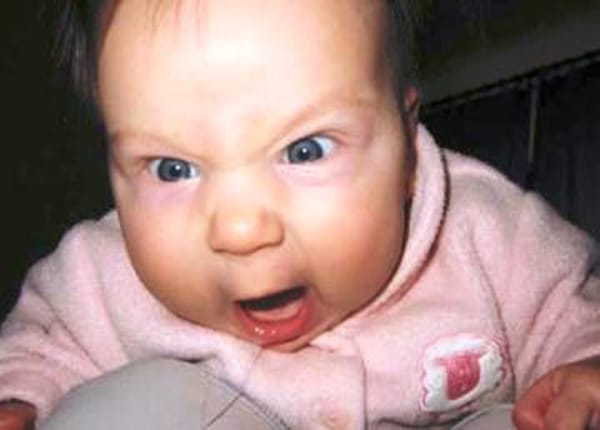 It starts off as a stomach thing. It bulges in your innards, scampers upwards, gets you by the throat and booms. Blood spreads like wildfire to the amygdala, waiting impatiently in the wings to lash out. Just as well it flows to the frontal lobe too – that rational slice of brain there to prevent you from stabbing the bank manager with a Bic.

Anger. We’re told it’s preferable not to feel it, because who knows what carnage it can cause. We’re told anger kills, that it’s a rubbish emotion and that others like joy and forgiveness with their floral get-up and silly little smiles are way better. Before anger rocks up in its balaclava, ready to rage about the place, we’re told to bolt the door in its face.

I saw my neighbour the other day. My fat neighbour, who’s also pregnant, thus properly fat. She’s been having trouble sleeping. Not because of the angst of the inevitable or vomiting, but because of a young fascist association which has set up shop under her bedroom. A small gathering of local youths who meet every other evening to talk about why France should be for the French. They play loud music, watch films and stick pins in Arab Voodoo Dolls. And they’ve bought the premises. And they’re not going away.

Back in my flat, I can’t hear them at all, just the church bells and traffic and kids playing hopscotch, but oh man, these guys are in my head. I haven’t seen inside their meeting place. So far it remains a black door, a locked black door, the kind that only opens to coded knocks, sandwiched between the social centre and a lady welder on the street below, but I’ve been conjuring up images of what goes on inside 12 square metres of concentrated hate. Insults and plotting. Organised lunacy. Sponsored racism, the donators a congregation of angry parents who want to see Marine le Pen running the show and the Muslims shredded into history. On my warmer days, I see them as misguided 20-year-olds searching for a role in life.

A psychologist friend told me before serving another glass of red that it’s ok, it’s human to feel anger. The burning ears, the dry throat, the scratching are all physical cues alerting you that the natural order of how you think things should go has been violated. A man in a fur coat jumps the queue. You get angry because he has messed with a clearly defined rule. When you look closer and see he’s wearing socks under his sandals, this also violates your expectations of taste. The trigger is different depending on who you are, the wine-slurping psychologist says.

But what to do about it? Let your balaclava-wearing guest burn the house down, smash all your crockery that’s been in the family for generations, ransack the garden? Or do you invite your guest to tea?

I’ve heard some people say that letting anger run riot perks them up a bit. Watch a football fan leave the stadium after shouting fuck-yous, he’s smiling. Observe a Frenchman get back into his car having given the driver of a Porsche Cayenne a Glasgow kiss, he’s smiling too. Or a woman limp away from the vending machine she’s just kicked because her ex is with a firmer version of herself with far less mileage and the fucking Kinder Bueno won’t come out. No, she’s not smiling. Object rage, abuse hurling – dare I mention inflicting physical pain – might lessen the anger, might plunge you into a disorientated sense of remorse, but is this not the training ground for psycho killers?

People who keep anger contained, pop it inside an armchair, feed it lemon slices and top up its cup, are just as likely to be problematic individuals. Those who bottle things up, allow things to fester as they accumulate injustices, personal and worldly, spend their day sulking, shovelling out backhanded sarcasm to a nice little man in tweed who only wants to know the way to the train station. I know a few of these.

And in fact the more I talk about it, the more I discover that while everyone has a long list of what makes them angry, they have a counter list to quell it. Meditation, watching series, having sex, talking to a third party (with whom you can do all four apparently), and laughing. Joining a fascist youth organisation was probably on someone’s counter list too.

Of course there’s always the other option of actually talking to the offender in question, though sometimes you can’t catch the guy who stuck his finger up at you. But you can talk to your boyfriend who keeps leaving his toe-nails in the bath. You raise the issue, he stops doing it, problem solved. Anger here can prod us to address a negative in our own life and morph it into a positive. He may keep on clearing his throat when he concentrates and never ever cook and always wear the same fucking blue jumper with the dots on, but this is progress, this is change.