Home » Breaking News » A Song About Lyon… in Chinese

A Song About Lyon… in Chinese

Song About Lyon Released in Chinese

Dantès Dai Liang releases song about Lyon- in Chinese. The song, ‘Meili Li’ang’, translates as ‘Lyon, even when I am far away’ 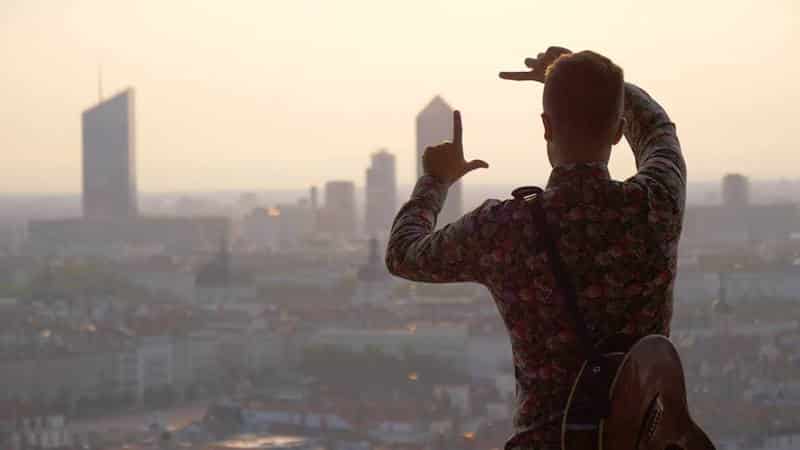 Dantès Dai Liang is a 40 year old man of French nationality, but having lived in Shanghai for 12 years, he fell in love with China. Now back in Lyon, Dantès Dai Liang is taking advantage of the opportunity to sing about Lyon in Chinese.

Dantès Dai Liang wants to introduce the Chinese to his beloved hometown, by singing about the city in the Chinese language. The song, ‘Meili Li’ang’, translates as ‘Lyon, even when I am far away’.

The song has been sponsored by Lyon’s tourist office and it’s hoped that more tourists from the East of Asia will be encouraged to come visit the city.

“I wanted to release a song in Chinese about Lyon because it’s where I learned Chinese – in the 6th arrondissement. I grew up in Lyon. My Chinese fans like that I sing about various themes and they love to see new music videos that allow them to discover France. Also, it’s the first song and music video in Chinese about Lyon. Lots of Chinese media outlets are talking about Meili Li’ang.”

A Display of Lyon’s Greatest Spots

The music video shows many of Lyon’s best sites, from Old Lyon to Bellecour, to Fourvière’s Basilique Notre Dame.

Dantès Dai Liang also sings in Chinese about the sites, and describes the city as the pearl of the West. Dantès Dai Liang says that he sees Lyon as giving the true image of a ‘romantic’ France.

The Man Behind the Music

Dantès Dai Liang, born Christophe Hisquin 40 years ago, has always been a singer. When he moved to China, he saw a gap in the market for a Westerner who could sing in Chinese. In an interview with Lyon 1ère Radio 90.2 FM, Liang said that what he really wants to do is sing in Chinese but with a French style.