Despite the price, the Lyon Rhônexpress is still a success

One of the most expensive airport shuttles in Europe, the Lyon Rhônexpress again plans to raise prices on March 1. It is also a monopoly, and people are demanding a change. But thanks to its convenience, they’re also using it more than ever.

The Rhônexpress will raise its ticket prices on March 1, 2018. 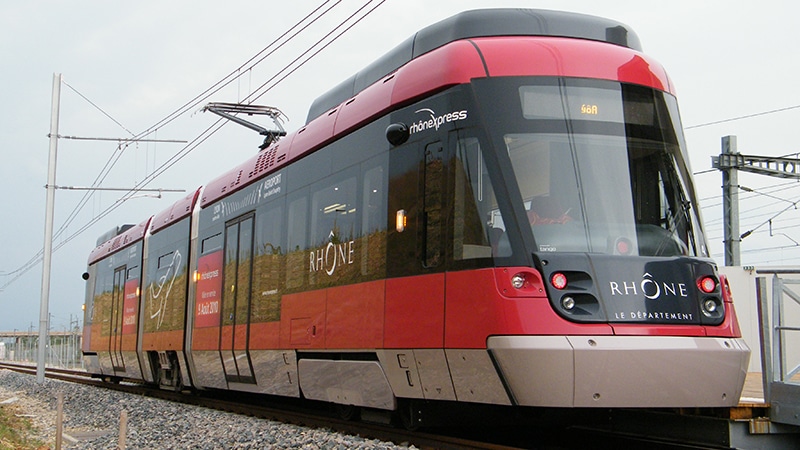 The Rhônexpress Airport Shuttle makes stops at Part Dieu, Vaulx-En-Velin La Soie, and Meyzieu Z.I. on its way to Saint-Exupéry Airport in Lyon.

The New Ticket Prices of the Rhônexpress

One of the Most Expensive Airport Shuttles

The Rhônexpress has long been one of the most expensive airport shuttles in Europe. A trip to Paris (CDG) on the RER costs €11,40 one way, while the Leonardo Express in Rome is €14.

The London Heathrow Express far outranks the Rhônexpress at €30 for a one-way ticket, but also offers cheaper bus and metro options.

“It’s a shame,” said Marie Zylka, 23, a student at Université Jean Moulin Lyon 3, “because people won’t want to use it in the end.”

However, the Rhônexpress justifies is prices with the wealth of services it provides.

“Our counterparts in Europe, that is to say airport express lines linking cities and airports with a high level of service (speed, reliability, safety, frequency, comfort), offer prices largely more expensive than those of the Rhônexpress,” a spokesperson said in an email to This Is Lyon.

But these airports and cities often offer alternative public transportation options to the airport shuttle.

In Berlin, Schönefeld airport forgoes an airport shuttle altogether in favor of bus lines and its S-Bahn train system, which costs about €7 per trip.

The Rhônexpress, though, is a private operation run by VINCI, which also runs the airport, under the control of Sytral.

The contract between these groups mandates there be no competition between the Rhônexpress and other methods of public transport.

President of the Lyon Metropole David Kimelfeld would like Sytral, the syndicate that manages Lyon’s public transportation, to come up with a solution.

“It’s not satisfactory. It’s not my nature to say there’s nothing we can do,” he said to This Is Lyon. “We can’t sit back and let it continue like this.”

The Rhônexpress, Quick and Convenient

The Rhônexpress shuttle, created in 2010, links Lyon to the airport by way of the metro and tram stops at Part Dieu, Vaulx-En-Velin La Soie, and Meyzieu Z.I. 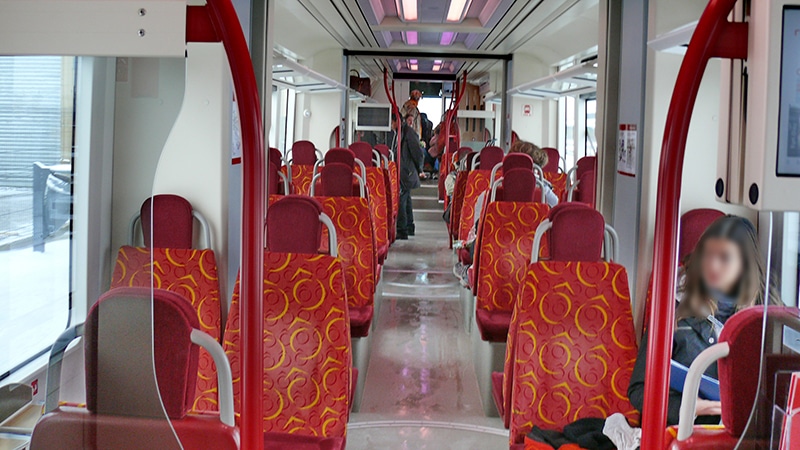 The Rhônexpress Airport Shuttle in Lyon is the only public transportation to the Saint-Exupéry Airport.

It takes 30 minutes to reach the airport from Part Dieu and runs at least every 30 minutes from 4:25 a.m. to midnight, seven days a week, increasing to every 15 minutes during peak hours.

Even though some residents find it expensive, close to 1,4 million travelers rode the shuttle 2017.

“The airport is clearly strategic for the attractiveness of the city,” said President of the Lyon Chamber of Commerce Lyon Métropole Emmanuel Imberton during the Invest in Lyon conference on February 7.

“We need to avoid having someone from Clermont-Ferrand say one day, ‘It’s easier for me to take a flight from Paris than from Saint-Exupéry.’”

A Lack of Public Transportation From Lyon to the Airport

Some Lyonnais think the Rhônexpress price is a great detriment to Saint-Exupéry. A petition started by a student in 2017 campaigned for either lower fees or more public transportation to and from the airport. It now has over 17,630 signatures.

Jasper Koster, 30, signed the petition against the price raise. Originally from the Netherlands, he worked at a call center in Lyon last year and says he tried to stay away from the Rhônexpress.

However, other options are often hard to come by.

Private transportation can be expensive. Taxis and Ubers into the city run upwards of €50 during the day and €70 at night. Even a trip from Meyzieu Z.I. costs about €15, roughly the same price as a Rhônexpress ticket.

Find other ways to get to the airport from Lyon

Koster recommends a shuttle service run by the company Elit from Meyzieu Z.I. to the airport for a cost of €8 one-way.

Lyon Residents Unhappy with Cost of the Rhônexpress

For Zylka, the Rhônexpress is her last resort.

“I take the Rhônexpress when no one can drive me to the airport,” she said. “It was already quite expensive and I didn’t understand why it was so expensive just to get a ride on a tram.”

However, Clarisse Colignon, 25, also a student at Lyon 3, believes the Rhônexpress can be useful.

“It doesn’t take long to get to the airport from Part Dieu,” she said, “and there are frequent departures so it’s quite convenient.”

But she agrees with Zylka that the price change is a mistake.

“I don’t think them raising the prices is a good idea,” she said. “It’s already quite expensive.”

Koster thinks the monopoly is a major problem facing the Lyon airport, and would like to see it end.