Fears for Erasmus scheme after Brexit

Published: 2017/04/10
The Erasmus scheme is celebrating its 30th birthday this year, but could Brexit mean the party is over for thousands of students? Lyon is a top destination for UK students, and an end to the scheme would be “catastrophic”, according to Université Lumière Lyon 2.

Great Britain’s involvement in the Erasmus education programme has been thrown into doubt by the country’s decision to leave the European Union.
As Brexit negotiations get under way, students, teachers, schools and universities across Europe and the UK are waiting anxiously to find out if the hugely popular scheme has a future.

Erasmus+, as it is currently known, gives European citizens the chance to study or work within the EU for up to a year, with funding from the European Commission.
With standardised paperwork, Erasmus programmes are easy to put into place, whereas students from outside the EU rely on bilateral agreements between universities, often with complex forms.

Lyon is a top destination, and an end to the scheme would be “catastrophic”, according to the Vice President in charge of International Relations at Université Lumière Lyon 2.

Jim Walker, who stayed in Lyon after coming as a student himself, said everyone is in the dark.

“We don’t know where we’re going, really. IIt would be pretty catastrophic if Brexit did turn it into a situation where British students had the same relationship with us as students from America, for example.”, says Jim Walker

Brexit negotiations will take two years, so it could be some time before there is any clarity.

What do students think about Brexit?

Matt Ng, 22, from Bournemouth, is at Lyon 2 for the third year of his languages degree.
The University of Southampton student said: “I think it’s a really good programme. It does open up more doors for you, employment-wise and ideas-wise.” 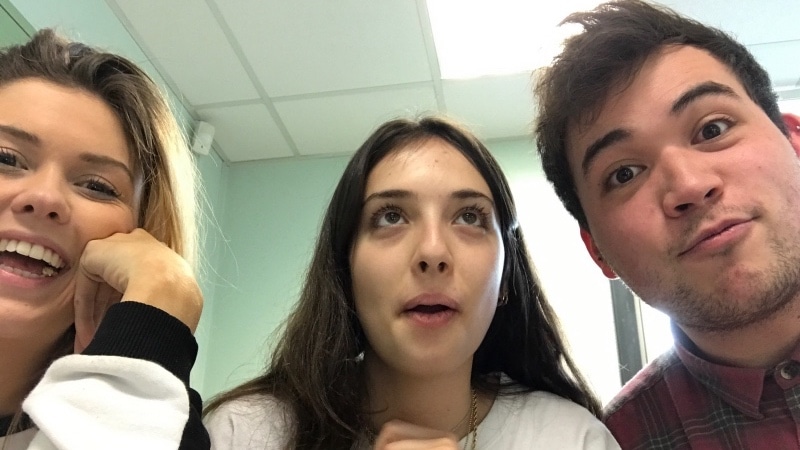 Matt said younger sister may be interested in taking a year abroad, but she now faces the possibility the scheme may not be available to her.

He said: “The fact that she might not be able to do it, I think she would be quite disappointed if she had her hopes set on it, and was told, ‘no actually, you can’t’.
“At the time, she couldn’t even vote in the referendum, so it’s not really fair in my opinion.”

Matt said he is thinking of coming back to France after finishing his degree to pursue a nursing career, but said Brexit has cast doubt on that too: “I’m very concerned about visas and work permits, because I don’t know what our rights would be for working abroad. I think it’s going to be quite difficult.”

Luke Hashman, 21, from High Wycombe, is also studying languages at Southampton, and is currently at Lyon 2.
He said: “I think it would be a massive shame if, in the future, the next generations will not have that opportunity. 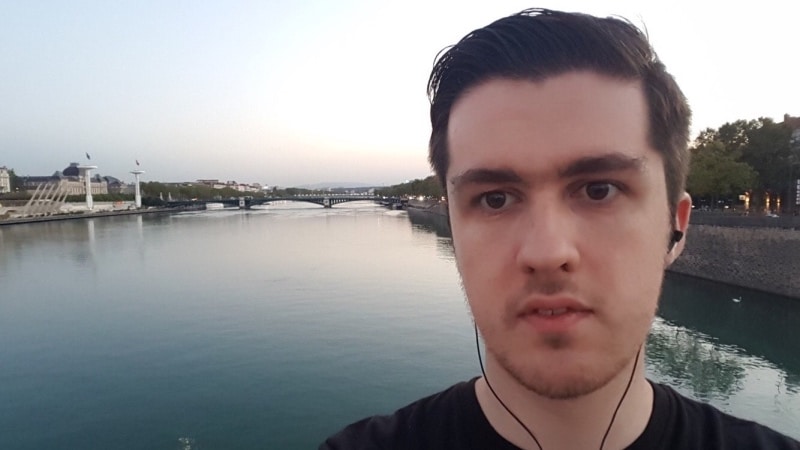 “Particularly when language skills are going to be even more important than they have before.“It’s kind of a double-edged sword, because the UK needs to be developing these kind of language skills to give it the competitive edge. We’re going to be needing that to make up for what we’re losing.”

France and Britain have a strong relationship through the Erasmus scheme.
In 2015, France topped the list of countries that sent participants to the UK, ahead of Germany, Spain, Italy and the Netherlands. Some 6,215 French people took travelled to Britain – 4,744 students and 1,471 staff.

Going the other way, France was the second most popular destination for British participants, after Spain. Some 4,536 students and 485 staff crossed the Channel for the programme.
Last year (2016) was the most successful year of the scheme in the UK so far, with €128m awarded, an increase from €118m in 2015.

Mr Walker said for Lyon 2, the relationship with British exchange students is “top of the pile”, and said any post-Brexit change would have negative consequences.

“Any change to the way the whole thing is financed would have knock-on effects for our students,” he said. Mr Walker added it would be symbolically damaging if the scheme was cancelled.

“Clearly there’s a question about whether Erasmus may continue, and for how long. There’s a very strong commitment in the UK towards outward mobility for international students. So clearly I hope that the UK can continue to participate in Erasmus”, says Ruth Sinclair-Jones.

“But if not, then I would hope and expect that there will be some sort of provision made for them.
“For me, it’s going to be important to try to get clarity as soon as I can, and if there is some change, what’s that going to look like?”

The success story of Erasmus

Erasmus, which stands for European Region Action Scheme for the Mobility of University Students, is celebrating its 30th anniversary this year.
In that time, the EU-funded programme has enabled over three million European students to spend part of their studies at another higher education institution or with an organisation in Europe.

Erasmus+ has a budget of €14.7 billion to provide opportunities for over four million Europeans to study, train, gain experience, and volunteer abroad between 2014 and 2020.

What are the options?

The United Kingdom is leaving the EU, so it definitely won’t be part of Erasmus automatically.
However, there are already five non-EU countries that are part of the scheme (Macedonia, Iceland, Liechtenstein, Norway and Turkey) so it’s possible the UK could get added to that list.
If not, it will become much harder for British students to study in Europe, and vice versa.