Lyon, France – The culinary world was abuzz on Monday as the first global edition of the renowned Bocuse d’Or competition came to a close, with the Danish team winning the top prize.
The Danes, who had previously claimed victory in the contest in 2019, beat out strong competition from Norway, who earned the Silver Bocuse, and Hungary, who took home the Bronze.

Denmark brings back the Bocuse d’Or

This year’s contest, held at the Salon International de la Restauration (SIRHA) in Lyon, France, put a unique emphasis on the importance of nutrition in children’s health.
Chefs were tasked with incorporating at least one egg into their main dishes and featuring pumpkin as a key ingredient.

The French team was also recognized with a special prize for their “Feed the kids” menu, while Denmark took home the title of Bocuse d’Or Europe.

And the Bocuse d'Or 2023 winner is Team @bocusedordenmark 🥇 🇩🇰 led by their candidate, Chef @brianmarkhensen pic.twitter.com/puXMDTvtFc

A total of 24 nations participated in this year’s competition, with some of the most celebrated chefs from around the globe showcasing their culinary talents.

In addition to the top prizes, several other awards were also presented, including the special prize for the tray, prize retained by the children’s jury for Japan, best clerk award for Norway, and social commitment award for Mexico.

The Bocuse d’Or is widely considered to be one of the most prestigious cooking competitions in the world, and the Danish team’s victory is a testament to their exceptional skills and passion for their craft. 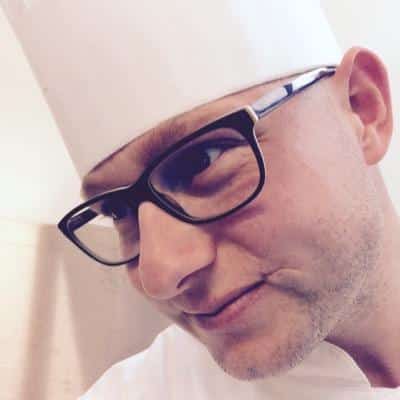 “I have dreamed of this for 20 years” – Brian Mark Hansen

Brian Mark Hansen, head chef at Søllerød-kro in northern Copenhagen, has made a name for himself in the culinary world with his unique style and Michelin star. Known for drawing inspiration from world cuisine and using only seasonal products, Hansen has once again made Danish gastronomy shine by winning the Bocuse d’Or 2023 competition.

The competition theme this year was fairy tales, and Hansen was inspired by the famous Danish author Hans Christian Andersen. His menu was a hit with the jury and received unanimous approval.
This victory follows Hansen’s success in the European selections and marks a continuation of the success for Danish gastronomy, following runner-up Ronni Vexøe Mortensen in 2021.