Chef Paul Bocuse has died at 91

Published: 2018/01/20
Paul Bocuse, legendary French chef and undisputed symbol of Lyon gastronomy, passed away this Saturday morning at the age of 91.

He died in his house in Collonges at Mont d’ Or, near Lyon, where he was born in 1926 and where his family ran a restaurant for decades on the banks of the Saône.

“It is with great sorrow that we inform you of the passing of Paul Bocuse. Our “captain” died on 20 January, at the dawn of his 92nd birthday.

Monsieur Paul loved life, sharing, transmission, and his crew. These same values will continue to inspire us forever”, his family said in a statement. 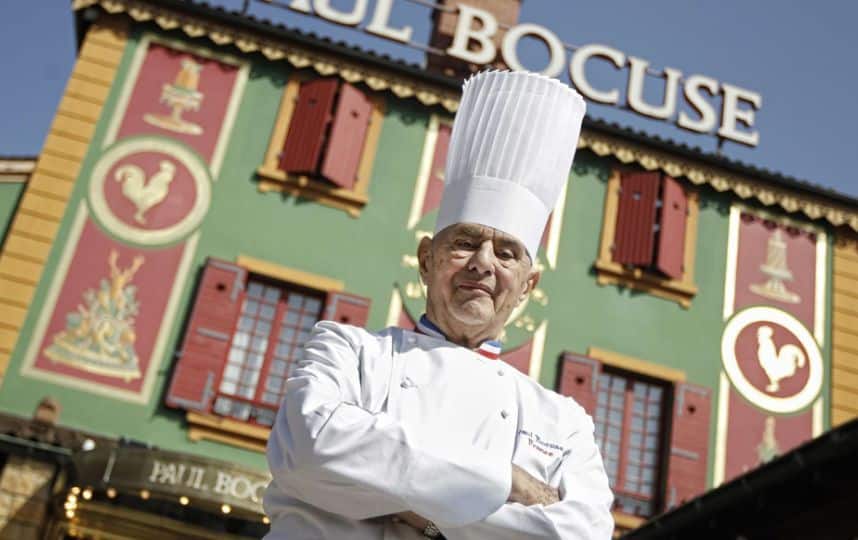 Paul Bocuse was designated “Pope of Gastronomy” by Gault et Millau in 1989 and “Chef of the Century” by the Culinary Institute of America in 2011, he was the most famous chef in France and the precursor to the term “Nouvelle Cuisine”.

“In Lyon, his city that he loved so much, it is with a particular sadness that we learned of the death of the one who was called here simply Monsieur Paul. He was the first ambassador of Lyon”, say Georges Képénékian, Mayor of Lyon, and David Kimelfeld, Président of Lyon Métropole, in common statement.

The oldest 3 Michelin starred restaurant in the world

Bocuse was considered an ambassador of modern French Cuisine. He was honored in 1961 with the title Meilleur Ouvrier de France.

RIP Paul Bocuse – sleep well chef, and thank you for a lifetime of work and inspiration https://t.co/ms8ADF2E9k

Bocuse has received the coveted three-star rating by the Michelin Guide since 1965. L’Auberge is the oldest 3 Michelin starred restaurant in the world.

Bocuse, chef of the Century

“In almost half a century, Paul Bocuse has built a legend around his name, imposing himself as the undisputed master of French cuisine who gives pride of place to regional products, cooking techniques and makes simplicity a point of honour.“, says the restaurant’s official website

“Boasting a wealth of medals, awards and major titles, the holder of cherished Michelin stars, the Chef of the Century, considered in Japan to be a living God, and with his very own statue in the Grévin Museum, his expertise, charismatic and generous personality, always with a touch of humour, and passion for precision and a job well done have helped to create the Bocuse legend.

A globetrotter, talent scout, creator of the Bocuse d’Or, the equivalent of the Olympic Games in the world of cooking, Paul Bocuse is relentless in his quest for transmission.”

Paul Bocuse. A hero to me from my earliest days as a cook. A great, great chef who was very kind to me. To have spent time with him was an honor and a dream come true . Rest In Peace. pic.twitter.com/RxDCZwHhHq