Art Flows to Lyon in a Floating World

The 2017 Biennale of Contemporary Art in Lyon presents “Le Monde Flottant” or “The Floating World” the second part of a trilogy of festivals based on the word “Modern”.

The 14th edition of the Biennale of Contemporary Art in Lyon takes place from September 20th 2017 to January 7th 2018 and is curated by Emma Lavigne, director of the Centre Pompidou-Metz and presents a vivid contemplation of the transitory and fluid nature of life and the objects by which we experience our existence. 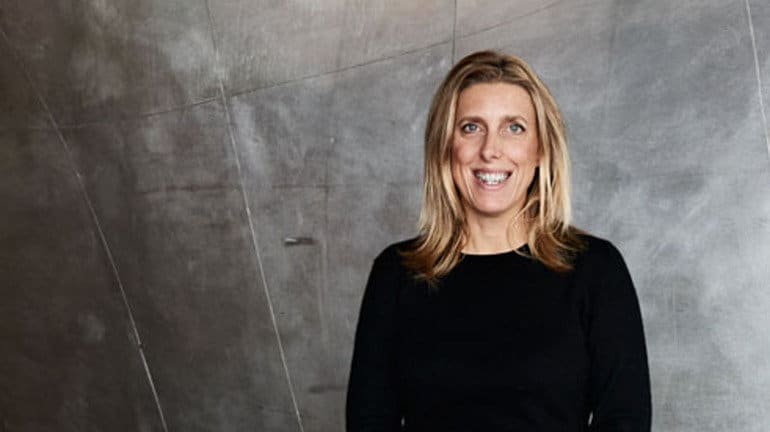 It is presented under the title “Floating World” and is the second instalment of a trilogy of biennials based on the word “Modern” which began in 2015 with the “Modern Life” biennial curated by Ralph Rogoff.

Lyon is a city bounded by two rivers, the Rhone and the Saone and it was this omnipresence of water which in part inspired Emma Lavigne to begin imagining the identity of the 2017 Biennial.

Principal festival locations of La Sucrière and the Museum of Contemporary Art both sit on the banks of the two rivers like ancient ports facilitating the movement of ideas and creativity both within the city limits and beyond. 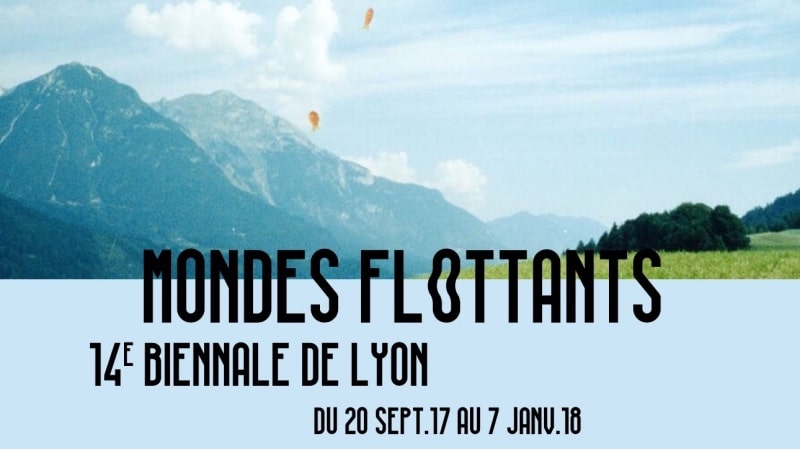 While examining what is “modern”, Emma Lavigne illustrates the porous, poetic and ever expanding nature of our world and its relationship to the environment. She examines motion and fluidity and also the role of sound and it is this flexibility and vision that have led her to previously curate the exhibitions Pink Floyd Interstellar in 2003 and Warhol Live à Danser in 2015 astutely recognising the significance of sound in our experience of the material world.

In an interview for the Festival, Emma says: “I would like visitors to discover this Biennial as if they were walking through a sensory and experimental landscape”.

Must see at the Biennial of Lyon

Indeed the 2017 Biennial of Contemporary Art in Lyon promises to be just that. The idea of seeing the world not as static objects but rather in a state of flux is an exciting one and there will be plenty of sensory enjoyment to be had. Here’s a couple of things to add to your “must see” list that will be on display in Lyon celebrating 40 years of the Pompidou Centre.

The special multi-channel soundtrack that plays back through the sculpture uses large suspended metal discs to produce an installation which performs its own concert of sound, ever changing depending on the movements of the public and the spinning of the objects themselves.

Alexander Calder is recognised as being the originator of the “mobile”, a type of moving sculpture made with delicately balanced or suspended shapes that move in response to touch or air currents. 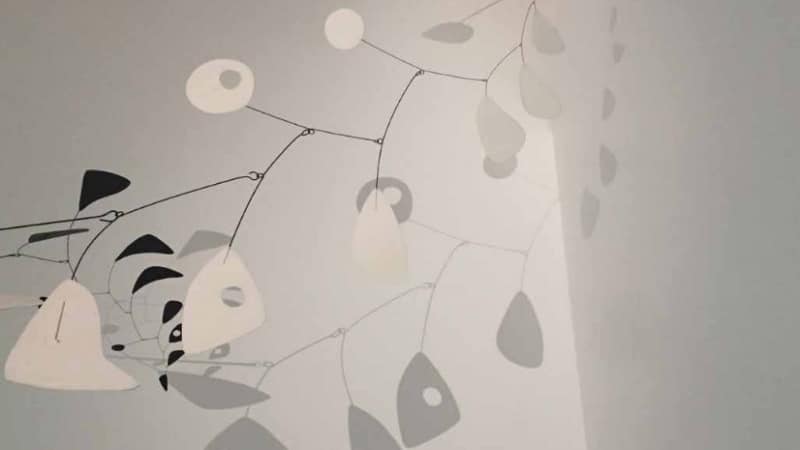 His majestic piece titled “31 January” famously introduced the idea of “randomness” in art which inspired American composer Earl Brown to create “open compositions” and subsequently opened the door for further explorations in the abstract use of sound as exemplified by artists such as John Cage.

So the 2017 Biennial includes much movement and sound; artistic creations that illustrate the fluidity of life and its dynamic nature. It’s a fitting exhibition for the city of Lyon whose heart lies between two flowing rivers that could almost create the illusion of a floating city in this Floating World.