Parc Zénith opens to the public in Lyon 3 in June. The new park is part of a project to measure the effect of green spaces in cities.

Parc Zénith joins the list of Lyon’s parks in June, bringing allergy-friendly plants and plenty of green space to Lyon 3.

Located along Avenue Lacassagne, the new park is built on an industrial park, the former site of a Renault Véhibule Industriel truck factory. It’s design comes from landscaper Thierry Laverne, as a test of the impact of green spaces in the city. 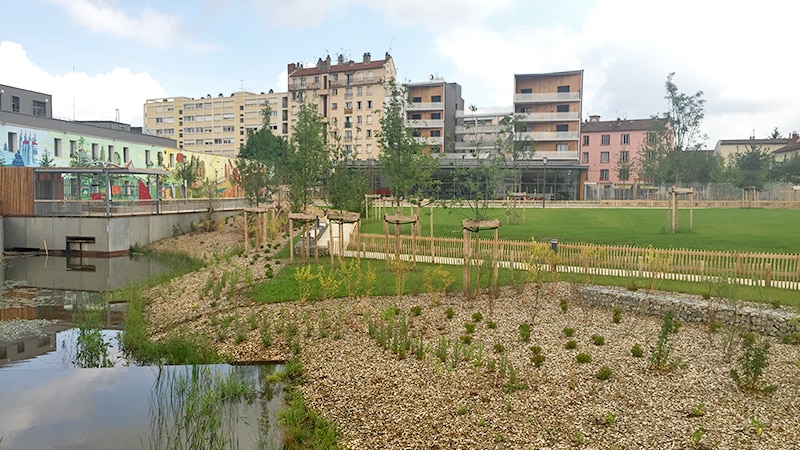 The park will contribute to a study on the effects of green spaces on city residents.

The park is filled with 130 species of trees, shrubs, and plants, specifically chosen because of their anti-allergenic properties. The city hopes the park will give the quarter’s many students and residents a place to get away from the concrete jungle of city life.

Even the World Health Organization has taken an interest in the venture, adding it to their “Health Impact” study to see how green spaces impact city residents.

Along those lines, the park is also meant to relieve summer heat, providing shady spaces to get away from the sun.

Themed areas, meanwhile, will encourage people to exercise. The park is filled with playgrounds for ages 2-12 as well as spaces for adults to play boules and ping pong, spaces reserved for sports, and even a communal garden where residents can learn how to grow their own plants.

Parc Zénith will open in mid-June at 1 rue Felix Rollet in Lyon 3.