Lucy Vanel, owner of the Plum Lyon Teaching Kitchen, walks you through the preparation of the classic Lyonnais favorite, Cervelle de Canut

Of a medley of Lyonnais specialties, you may see something on the menu in a Bouchon that at first glance looks like it might be one of the most exotic products coming from the tripe seller, but cervelle de canut is simply soft fresh fromage blanc, or fresh curds strained of their whey, seasoned with fines herbs and shallots.

Fresh cheese curds floating in their whey have been present in Lyon at least since the middle ages. 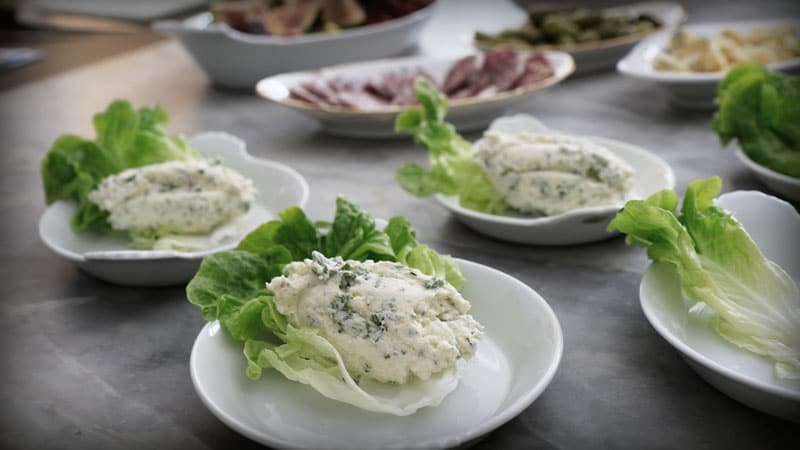 Cervelle de canut, spooned into quenelle shapes and presented as a pre-entrée during th ecourse of a traditional lyonnais meal. © Lucy Vanel

An early written reference to this simple staple of the Lyonnaise diet is found in a list of orders in the 15th century, named after the woven basket of bulrush it was formed in.  400 years later, seasoned with fine herbs and aromatics, it is noted as a part of the daily sustenance of the silk worker.

Soon thereafter, during the early 20th Century, the dish found its way into Curnonsky’s Trésor Gastronomique de France, taking its place as one of the simple but geographically and culturally marked emblematic dishes of the Lyonnais.

Where you can find cervelle de canut

Indeed, cervelle de canut is served as a matter of course in the traditional Lyonnais restaurants, les Bouchons, most commonly as a version of the cheese course.

However, in cafés and bistros, we might also see it served as part of a medley of local offerings in a spread as part of the meal.

Keep your eye out for this local specialty, as it weaves its way through many levels of dining fare, from the most simple to elaborate. 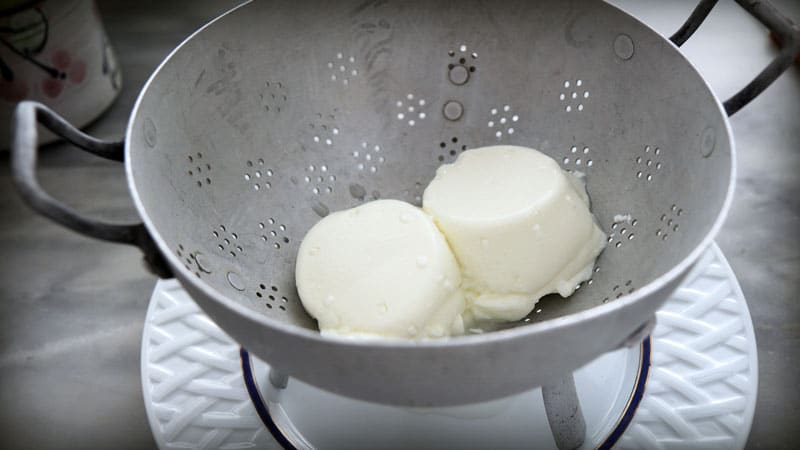 You may go on an excursion through town to find where it’s hiding, ready to eat, and simple to get.

Scan the windows and displays of local traiteurs, or deli-like shops that sell ready-made prepared dishes for take-out in Lyon.

Cervelle de canut is commonly offered as a house specialty, often in a bowl with a ladle to be scooped into a container and taken home direct.

If you ask the proprietor for his or her recipe, that might be met with a laugh and a look that hardens into a cold stare, if ever so briefly before softening into a cordial smile and a change of subject.

People take their recipes seriously in Lyon, and a stranger might not get what they’re digging for unless they are prepared to spend some time and effort.

I’ve done the work for you, in this case.  You can make this at home, knowing that it can be comfortably added to any course along the Lyonnais feast you prepare to celebrate your victorious treck up the Croix Rousse hill. 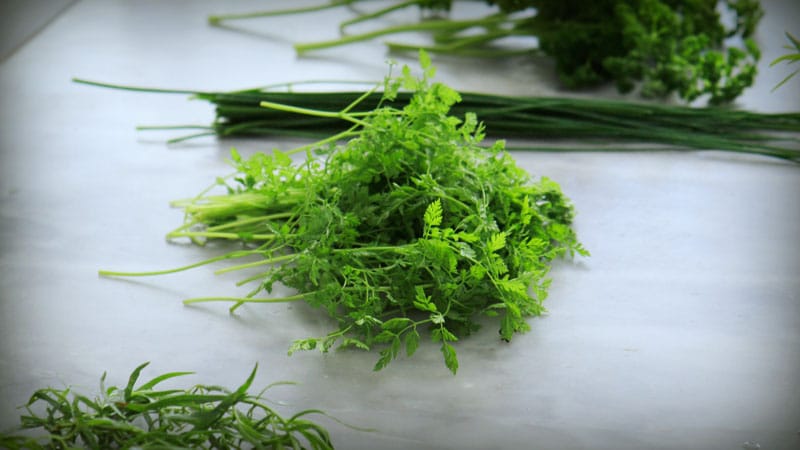 The density of the final mixture depends on how you want to serve it.  You can serve it the classic way, runnier and meant to be eaten with a spoon from a small bowl, or just dense enough to hold together into spooned quenelle shapes on lettuce leaves to be served at apéro hour as a pre-entrée.

For a more substantial presentation, you may consider serving cervelle de canut with potatoes as an appetizer or simple lunch dish at the table.

To serve this version, line small serving dishes with the lettuce leaves, and add a line of the herb seasoned cheese on top, to offer as a fresh addition to the spread during aperitif hour.