Home » What's up: Events » Rock on with the Breeders at Le Transbordeur

Rock on with the Breeders at Le Transbordeur

For the first time since 2013, the Breeders are coming back to perform their latest album. It’s now or never: they’ll be at Le Transbordeur on November 18th 2018 for all you Lyonnais fans! 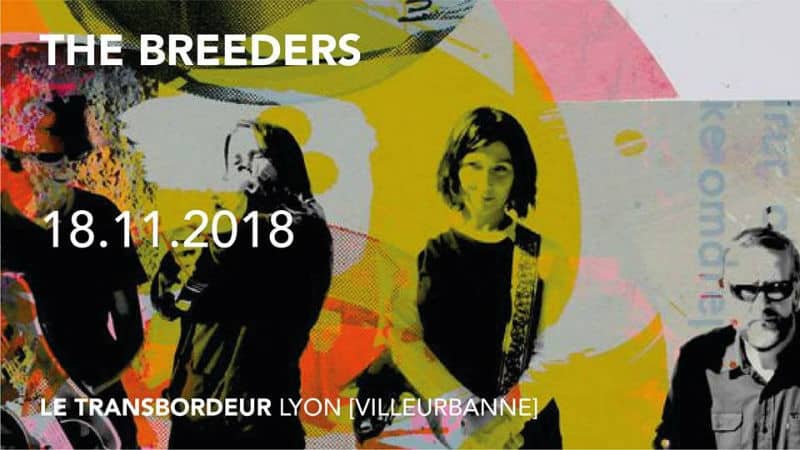 Breeders to promote their 5th album All Nerve

Made up of Kim and Kelley Deal, Josephine Wiggs and Jim Macpherson, this band used to be Kim Deal’s parallel project, as she was the bass player for the Pixies. However, once the latter ended, due to Frank Black’s desire to go solo, the Breeders became its own, full, group.

The last time the band performed was in 2013, to celebrate Last Splash’s 20-year anniversary. Now they’re coming back to the stage to promote their latest and fifth album, All Nerve.

It was recorded in 3 different areas of the US: Kentucky (Candyland studio, with Mike Montgomery), Chicago (at the Electrical Audio studio, thanks to the help of Steve Albini and Greg Norman) and, finally, Ohio (Fernwood studio, accompanied by Tom Rastikis).

The Breeders at Le Transbordeur, in Lyon, on November 18th

That said, this one in a kind concert will happen at Le Transbordeur on November 18th, at 8:30 PM. For those of you who aren’t familiar, that’s the “Cité Internationale” bus stop. Tickets are 33€ each, doors open at 7 and there will be a foodtruck on site: enjoy!