Lyon’s Open Sopra Steria, part of the ATP Challenger Tour, returns for its 4th edition from 10th to 16th June on the courts of Lyon’s Tennis Club in Villeurbanne. 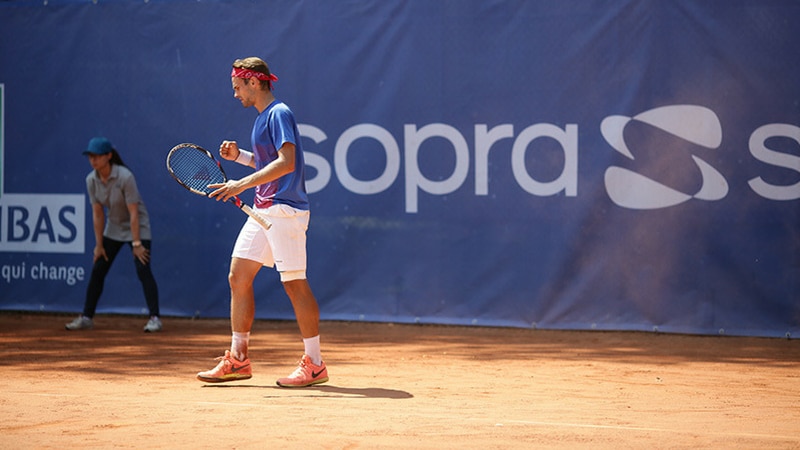 The ATP Challenger tour is the tier below the ATP world tour of international tennis. It often attracts younger players, those who don’t make it to the ATP tour, or former players looking to reignite their career.

This keeps ticket prices low, whilst assuring great matches between the world of tennis’ upcoming stars. Tickets to the semi-finals and finals cost just 10€!

Created only few years ago in 2015 by Lionel Roux, the Open Sopra Steria has grown at a fast speed. Indeed, Roux, a professional tennis player himself, told Lyon’s Le Progrès that the challenger tournament will become part of the ATP 100 category.

The first participants in this year’s Open Sopra Steria have been announced!

Benoît Paire is one of such players. The French player, currently ranked at number 67 in the world, and the former world number 18 in 2016, will be sure to bring in the crowds at this year’s Open Sopra Steria.

Also on the line-up is the Spaniard Pablo Andujar, former world number 32. In last year’s Open Sopra Steria, Andujar was disappointed to go out of the competition in the second round due to injury. But this year he’s back and ready to fight for a better outcome.

Tickets cost 5€ for the public, other than the final and semi-finals, which cost 10€.