Home » What's up: Events » One Week of Samba Party in Lyon

One Week of Samba Party in Lyon

Are You a Samba Lover? If So, Come to Lyon’s Samba Congress in May 2019

If you’re a fan of dancing, you’d be crazy to miss the Samba festival held in Lyon from 2nd-5th May 2019.

For the 2019 edition, there will be three days of classes and 4 evenings of dance – all celebrating samba dancing. The dances include various types of Samba – Samba de Gafieira, Samba No pé, and Afro-Brazilian. Samba de Gafieira is a partner dance, that has evolved to have a more ballroom-style. On the other hand, Samba No pé is a solo dance. 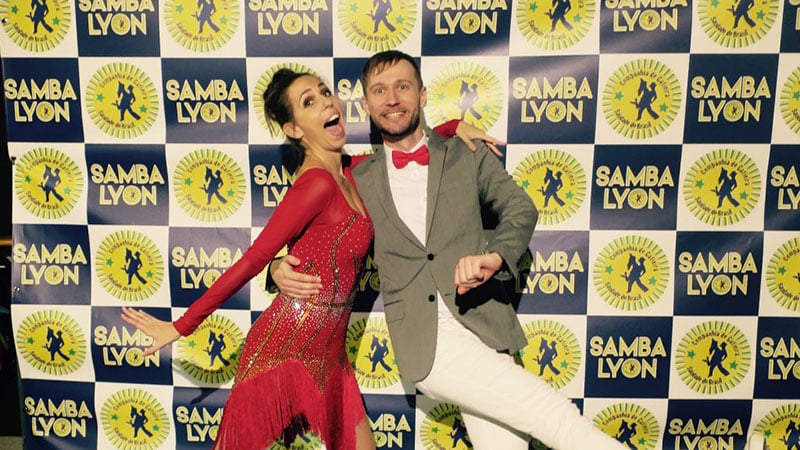 This is the first year that participants have been able to learn Samba No pé as well as Samba de Gafieira. So don’t miss out!

3 classrooms will be dedicated to Samba de Gafieira, and 1 classroom will be used for the Samba No pé/Afro-Brazilian classes.

Adalberto Shock and Mariana Torres will be teaching some of the Samba de Gafieira classes.

The Samba de Gafieira classes will be led by:

The Samba No pé and Afro-Brazilian classes will be led by:

Even if you’re a samba novice, there’s classes for you. You can choose between beginner, intermediate and advanced class.

There will be an opening party on Thursday 2nd May from 8pm, hosted by the school Casa Do Brasil, which will take place at the Marriott hotel at the Cité Internationale. All the subsequent workshops and parties will also take place there.

Aside from the classes, there will also be a stand selling dancing shoes, a photobooth to get snaps to remember the event, and a refreshment stall open all the time.

Tickets vary in price according to the bundle you choose. The samba no pé and samba de Gafieira passes range in price from 110€ for the Sunday pass, to 225€ for the 'Crazy full pass Gafieira', which includes 3 days and 3 parties. Groups can receive discounts.