How does the French pension system work?

Anybody wanting to travel in France at the end of 2019 or beginning of 2020 may have noticed the disruption caused by striking trainworkers aggrieved by the government’s pension reforms but just how does the system work ?

What is a pension in France ?

« it is a fixed amount, other than wages, paid at regular intervals to a person in consideration of past services, age, merit, poverty, injury or loss sustained, etc. »

A retirement pension is therefore paid from retirement until death. Life expectancy in France currently being 85 for women and 79 for men, that means we are referring to a period of about 20 years, a quarter of your life!

Pressure on the French pension system from demographics

The legal retirement age in France is 62 however most people accept that they will be working until at least 64 due to good health and for financial reasons. The maximum age is 70, when you can be fired because of your age as retirement is obligatory at this age!

As in other countries, France’s basic pension system is based on people that work paying for the people that are retired. In the 1960s there were 4 workers for every retired person. That ratio is now 1.4 to 1 and in a few years’ time it will be 1 to 1 simply because people are living longer.

Over the years pension reforms have tried to address this problem by squeezing more out of workers to finance the mass of retired people (currently 15 million people in France that have 35 million pensions). 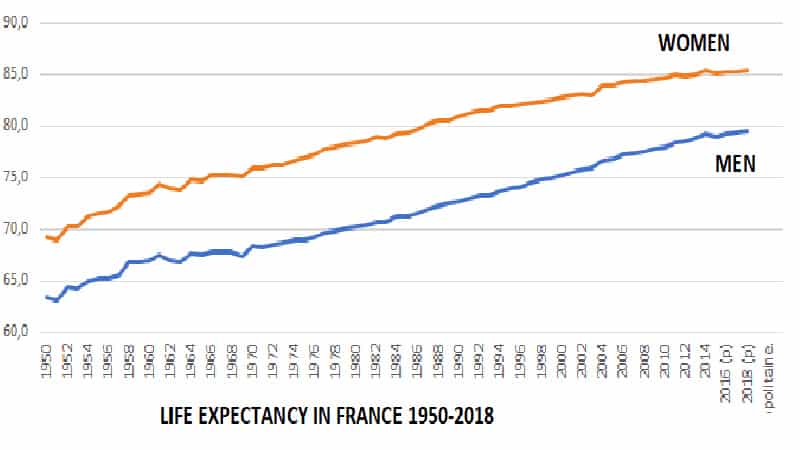 Pension rights/how to finance your pension in France

The difference between gross and net salary is explained by social security contributions, paid by the employer and which include a pension scheme. Different professions havedifferent pension systemsand so different pension rights. For example, train drivers, air traffic controllers and policemen can retire at an earlier age (at 52). 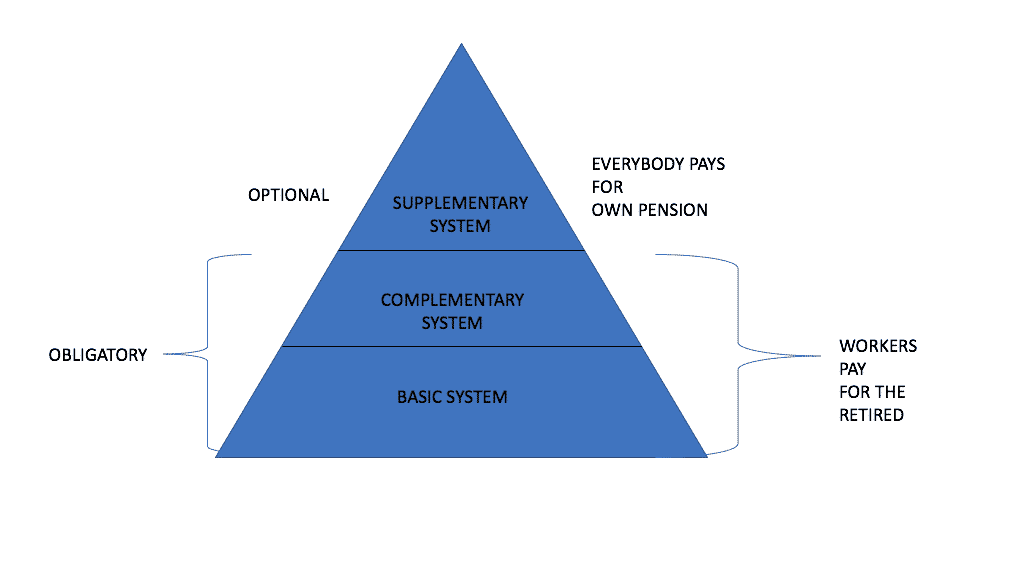 There are currently 42 different pension systems in France, a system that dates from just after the 2ndWorld War, with certain workers having a much better deal than others. Public sector workers have always had good conditions and self-employed or independant workers not so good ones.

The existing basic system (régime de base/régime obligatoire) is based on quarters (trimestres) worked in the French system and there is a complementary system (régime complémentaire) based on points earned related to profession, status and salary (AGIRC-ARRCO organisations).

For those born after 1973, you need to work 172 quarters (43 years) to get the maximum pension. For those born before 1973 less quarters worked are required :

The average of the best 25 years’ salary

Use your social security number to check out the career audit« relevé de carrière » function on www.info-retraite.fr to see how many quarters and points you have accumulated.Your yearly state pensionis calculated using the following formula :

Points in this complementary system are earned by paying 17.0571 euros per point as part of social security contributions but are worth only 1.2588 euros each on retirement.

The average of the best 25 years’ salary is capped at just over 40 000 euros, which means that the maximum annual (gross) state pension obtained through the basic system is no more than 20 000 euros, even for somebody whose average best salary was 100 000 euros a year!

For people that don’t have all their quarters at the age they which to retire, it’s possible to buy quarters (and also points) but it’s very expensive and so not worth relying on the state to provide a solution to this reduced pension.

The current pension reform, applicable from 2025, aims to address the financial problem of paying for more pensions using workers’ pension contributions. The 42 different systems are therefore being transformed into one, equal, universal system so that for all professions, 1 euro put aside for a pension scheme produces the same pension at the end.

Some professions such as lawyers, that don’t have the same demographic (and so financial) problem with their system as other professions in France and so are not happy as they will have to pay more to get the same pension. The system of quarters is planned to be replaced by a system of points based on salary and not length of career.

In order to encourage French residents to save more on their own and to organise a supplementary pension to fill the gap between their current income and their state pension, various measures were introduced in October 2019 the Pacte law that have improved the private pension schemes available, making them simpler and more flexible.

For example it’s now possible to access pension savings before retirement to buy a house or apartment, it’s possible to stop paying into the scheme for a while and then start again at a later date and for transferring life insurance into a pension scheme the tax break (on top of the annual income tax deductions for private pension contributions) has been doubled.

Whatever happens as a result of the 2019-2020 demonstrations, the demographic and financial problems in France won’t go away, so it’s strongly recommended to anticipate a sharp drop in income on retirement and prepare for this as soon as possible.