10 Reasons to Run the Beaujolais Marathon in November

Love wine and running? Check out the Beaujolais Marathon

Each year November brings us Beaujolais Nouveau, but did you know that the beautiful region of Beaujolais also hosts its own marathon that same weekend? Caroline Conner, Lyon’s anglophone sommelière and owner of Lyon Wine Tastings tells us the top ten reasons to sign up now.

1 – A Charming region close to Lyon

2- Discover some of the most beautiful castles of the Beaujolais.

Castles! So many castles. The marathon passes by ten of the most beautiful castles in Beaujolais. 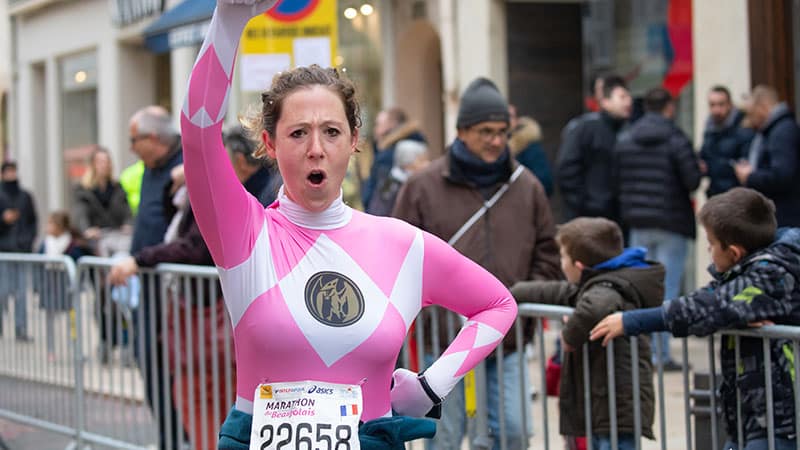 3- A marathon where you can drink wine

And of course, plenty of wine. There are at least 15 different places to stop and taste some wine along the route of the International Beaujolais Marathon. 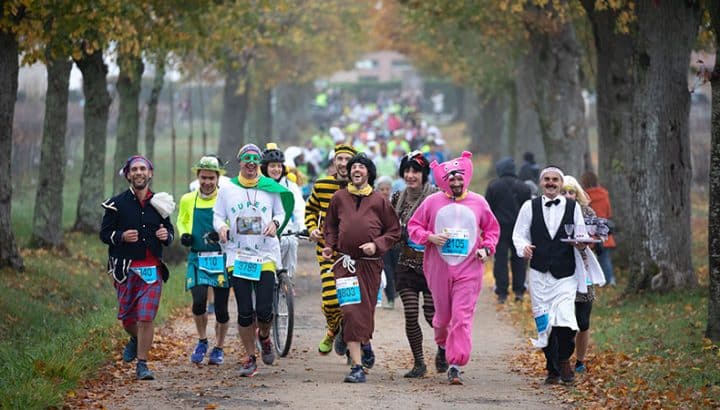 Everything you need to know about the International Beaujolais Marathon

4- Local food along the route

It’s not just wine, you can expect plenty of delicious French food along the route. Think cheese and charcuterie.

Beaujolais is friendly wine country, there’s no snobbery here and the locals are kind and welcoming.

6- Celebrate the release of the Beaujolais Nouveau

The race takes place during the release of Beaujolais Nouveau, which is a big deal in Lyon and the region.

50% of participants dress up, we’re talking crazy costumes of all types! 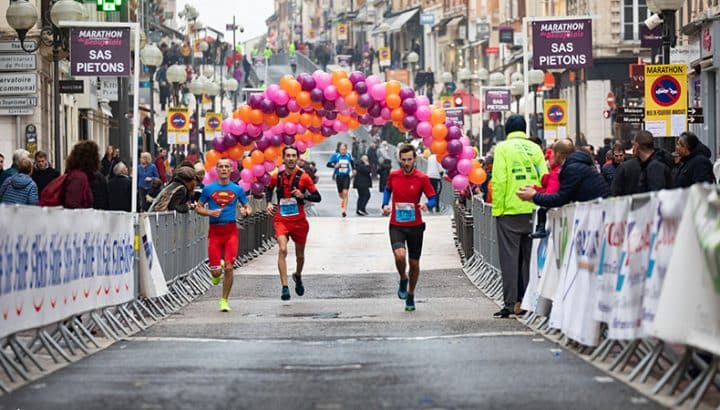 How to register to the next International Marathon of Beaujolais November?

This is an atmosphere of celebration, let’s be honest, it’s not really about running, it’s about having fun! 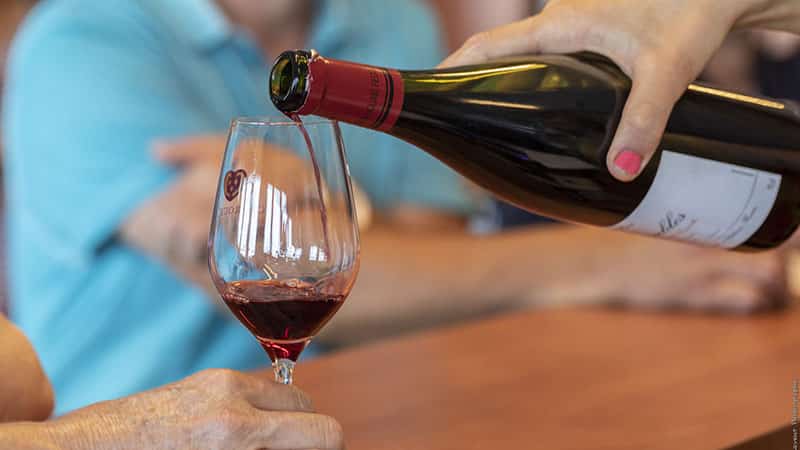 You can run and drink Beaujolais. © Denis Laveur

If the full marathon is a little too much for you, there’s also a relay marathon, half marathon, family marathon (kid friendly!) or the 13km Rhône walk. Discover all the routes here.

Bonus: It’s seriously close to Lyon and easy to get to. Less than an hour by car!