Home » Things to do » Sports in Lyon » The International Beaujolais Marathon

A festive race to celebrate Beaujolais Nouveau near Lyon

Avid runners or mere aficionados trip through the Beaujolais vineyards near Lyon and past stunning chateaux, snacking on local produce and necking back red, in the quirkiest of fancy dress costumes.

The International Marathon of Beaujolais at Villefranche-sur-Saône is one of the best festive races in France. Each year this event brings together several thousands of runners in the vineyards north of Lyon to celebrate the arrival of the Beaujolais Nouveau, on the third weekend of November.

This beautiful madness has been going on for over twenty years. It started when three passionate runners came back from the New York marathon in 1995 and wondered why they couldn’t sketch a route through their extraordinary wine region and share it with other enthusiasts. 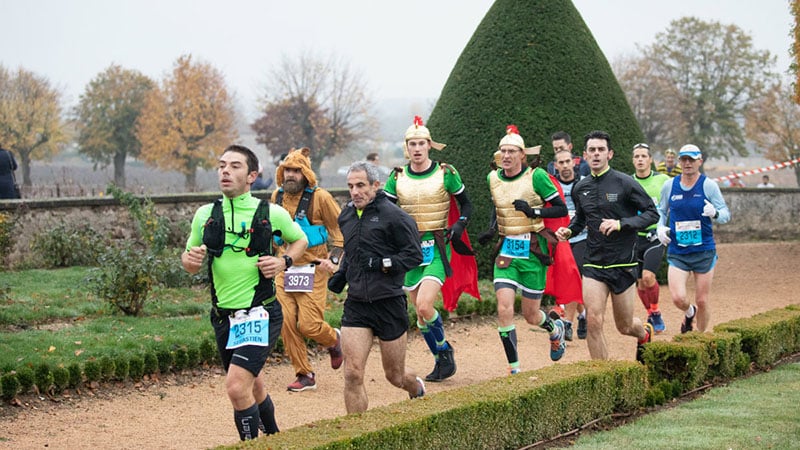 A year later, 40 runners showed up, and the first Beaujolais marathon flag was waved. The following few years, friends followed suit, as well as friends of friends and quirky family members, and with limited means, they notched up even more numbers, got dressed up and created the much celebrated Pasta Party.

Ever since, the Marathon organized by Beaujolais Runners has got bigger and bigger, morphing into an international event with 18,000 runners last year, celebrated beyond the Fleurie vineyards and collaborating with a plethora of associations, Extra Sports and regional companies. Yet despite this dazzling success, it has never lost the simple touch it started out with. 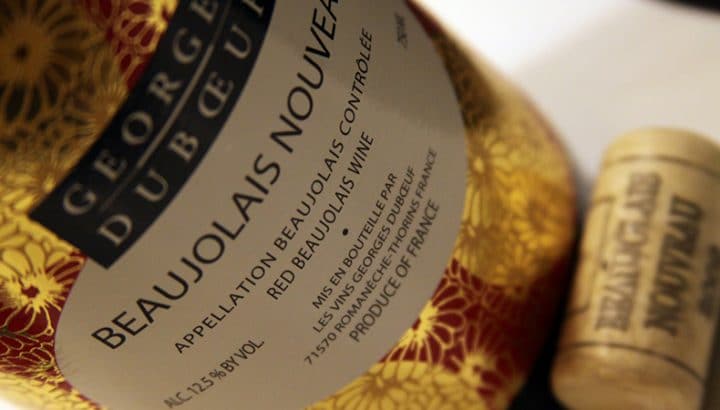 If you’re game for a laugh and fancy flexing your muscles as well as your taste buds, then Marathon International du Beaujolais is right up your street.

At the hilly heart of the Beaujolais, you’ll see folk in fancy dress or lycra, running their way past beautifully historic castles, across vineyards, sipping the occasional glass of red, freshly uncorked for the event. 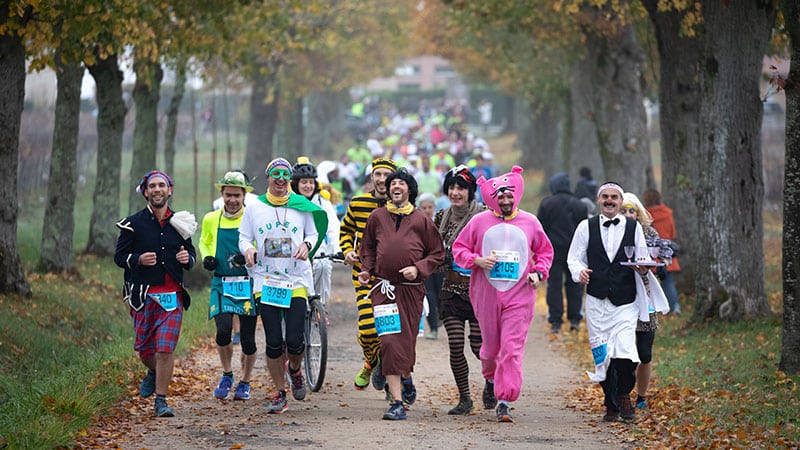 Since its beginnings, 70 different nationalities have popped on the bib numbers and have started running, making up 8 % of foreign runners.

The International marathon of Beaujolais, a three-day event

On the Saturday, there are five different runs to choose from: there’s the Full Marathon from Fleurie to Villefranche sur Saone, there’s the Relay, the Half-Marathon, the 13km Rhône Run and the Family Marathon, all ending up at Villefranche-sur-Saone for a touch of festive fun.

So that’s that for the race, but events are in abundance on the Friday and Sunday – from a brilliant Pasta Party before the race, performances and a meal after the hard slog, and a wine-tasting session with Georges Duboeuf’s wines on the Sunday. Tickling your taste buds yet?

Prices of the 2019 International Beaujolais Marathon

Booking on-line is much cheaper than paying on the day! 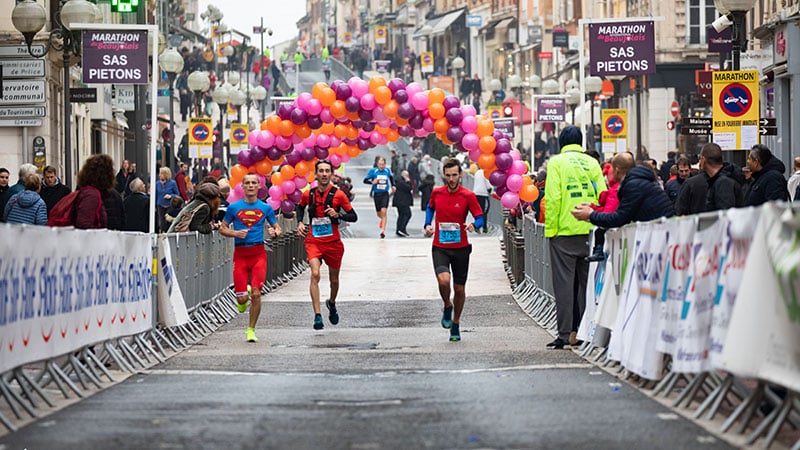 There are five different runs to choose from at the International Beaujolais Marathon. © Cedric Guetty

… to pick up your bib numbers on the Thursday or the Friday at Parc Expo because you can’t pick them up on the day!

Free Group Workouts with the Running Communities of Lyon

Running, strength-training and shared experiences with other runners.