As one of the oldest rugby clubs in France, the LOU Rugby recently reached the professional ranks in 2002, but the takeover of the Stade de Gerland looks to settle the club into the French rugby elite for good.

The LOU Rugby, acronym for « Lyon Olympique Universitaire », embodies the rugby culture inside the sports clubs of Lyon and stands as one of the oldest rugby clubs in France, created in 1896.

The centenary team only reached the professional status in 2002 when it entered the Pro D2 (French second division), after being stuck many decades in the amateur ranks.

It is considered today as one of the best teams in the top-tier rugby division, called Top 14, and plays today in one of Lyon’s most iconic venues, the Stade de Gerland. 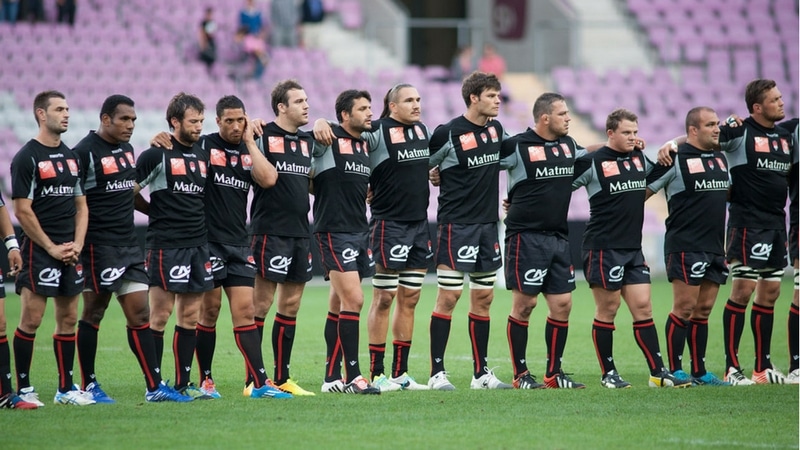 The LOU Rugby, one of the oldest rugby club in French history, accessed the Top 14 for the first time in 2011 – Creative Commons

Created in 1896, the LOU Rugby found the path of professionalism in 2002

The first pages of rugby in Lyon were written by the Lycée Ampère sportive union, born in 1890 in the 2nd arrondissement.

The Lyon Olympique Rugby then came into life in 1896 and started the history of today’s structure, later becoming the Lyon Olympique Universitaire in 1910, following a fusion with the Ecole Centrale de Lyon, an engineering school located in the northern suburbs of Ecully.

Rugby in France was obviously impacted by World Wars ; however, the LOU Rugby turned into one of the best teams during the inter-war period.

It was crowned French elite league’s champion in 1932 and 1933, one year after loosing the championship finale.

Unfortunately, World War II took a toll on the club and the LOU Rugby slowly faded into the background during the second part of the 20th century, in favor of other regional powers such as Grenoble and Bourgoin-Jallieu.

Thanks to more investments towards the main team, the LOU Rugby emerged from the lower amateur ranks in 2002. The club won this year the Fédérale 1 championship (French third division) and accessed the professional world for the first time.

One of the club’s highlights is obviously the accession to the Top 14 in 2011, by beating St-Etienne rugby team in Geoffroy Guichard.

The club’s newest goal is to settle for good in the French top-tier rugby league, one of the most competitive league in the world.

The main figures of the LOU Rugby

Club’s president from 2002 to 2012, Yvan Patet unearthed the LOU Rugby from the amateur ranks to the professional competition. He was the instigator of today’s structure by gathering a quality team and starting the construction of new facilities.

Yvan Patet, president of the EM2C Group, had to leave the presidency in 2012 following a disappointing season in Pro D2 as well as devoting more time to its real estate agency in Lyon.

Yann Roubert took over the club’s presidency in 2012 and still holds this position today.

Since its entrance into the professional ranks, the LOU Rugby has managed to attract famous players.

Sébastien Chabal, one of the most popular and recognizable French athletes thanks to a ferocious style of play and his full beard, started the wave in 2012. He participated in bringing the club back to the Top 14 and then retired. 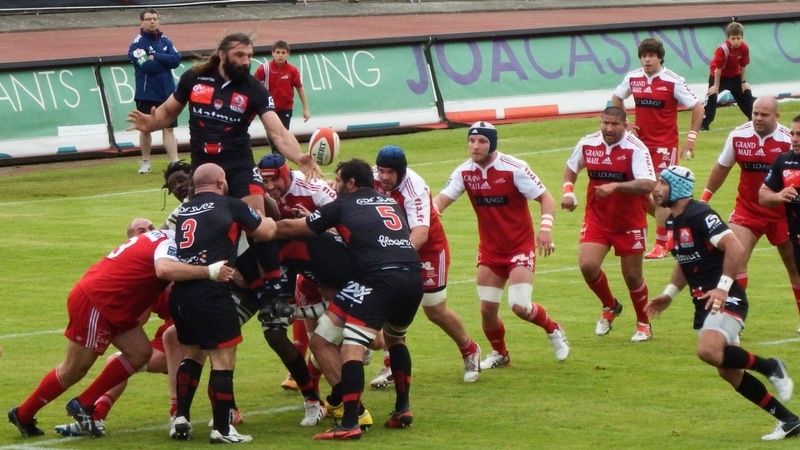 One of the most recognizable French rugby player of all time, Sébastien Chabal, is seen here playing with the LOU Rugby- Creative Commons

Frédéric Michalak followed his footsteps as he joined his old teammate Pierre Mignoni, now head coach of the LOU Rugby, in 2016.

The team has forged a strong bond with Polynesian players, who have been a part of the LOU Rugby for a long time. British, South Africans, Australians and New Zealanders also compete with the team on a yearly basis.

The LOU Rugby managed to assemble a large fanbase around the club, and it shows on gamedays with a myriad of supporters groups.

« Les P’tits LOU » gathers all kids between 5 and 13 in the stands in order to earn the same experience as adults.

Where to find the LOU Rugby ?

During the long period in the amateur ranks, the LOU Rugby played in the 1,100-seat Stade Vuillermet, constructed in 1962 in Lyon’s 8th arrondissement.

However, the small and aging stadium had to be dropped in 2011 when the club reached the Top 14. The LOU Rugby migrated to the flexible 11,000-seat Matmut Stadium, erected along the Laurent Bonnevay ring road, near the suburban popular town of Vénissieux.

It played in the Matmut Stadium for five seasons and then took over the residency of the Stade de Gerland.

The present in the Stade de Gerland

The LOU Rugby became the resident team of the Stade de Gerland once the Olympique Lyonnais vacated Lyon’s iconic stadium located in the southern part of the 7th arrondissement.

It is the largest rugby stadium in France for a permanent club with a full capacity of 35,000 seats.

The club performed much needed renovations to drop the maximum attendance and modernize the stadium’s structure. It played its first game in his new home at the beginning of the 2017 season.

A naming partnership was signed with Matmut for a total amount of 20 million euros and the Stade de Gerland was renamed officially the « Matmut Stadium Gerland ».

How to get to the Matmut Stadium Gerland ?

Records of the LOU Rugby :